The Voice of the People will yet be Heard

: In addition to defending the rights of African-Americans, Lucy spoke out against the repressed status of women in nineteenth century America. Wanting to challenge the notion that women could not be revolutionary, she took a very active, and often militant, role in the labor movement... (From: IWW.org.)
• "...be assured that you have spoken to these robbers in the only language which they have ever been able to understand, for they have never yet deigned to notice any petition from their slaves that they were not compelled to read by the red glare bursting from the cannon's mouths, or that was not handed to them upon the point of the sword." (From: "To Tramps, The Unemployed, the Disinherited, and ....)
• "...concentrated power can be always wielded in the interest of the few and at the expense of the many." (From: "The Principles of Anarchism," by Lucy E. Parsons.)
• "...in freedom to possess and utilize soil lie social happiness and progress and the death of rent." (From: "The Principles of Anarchism," by Lucy E. Parsons.)

The Voice of the People will yet be Heard 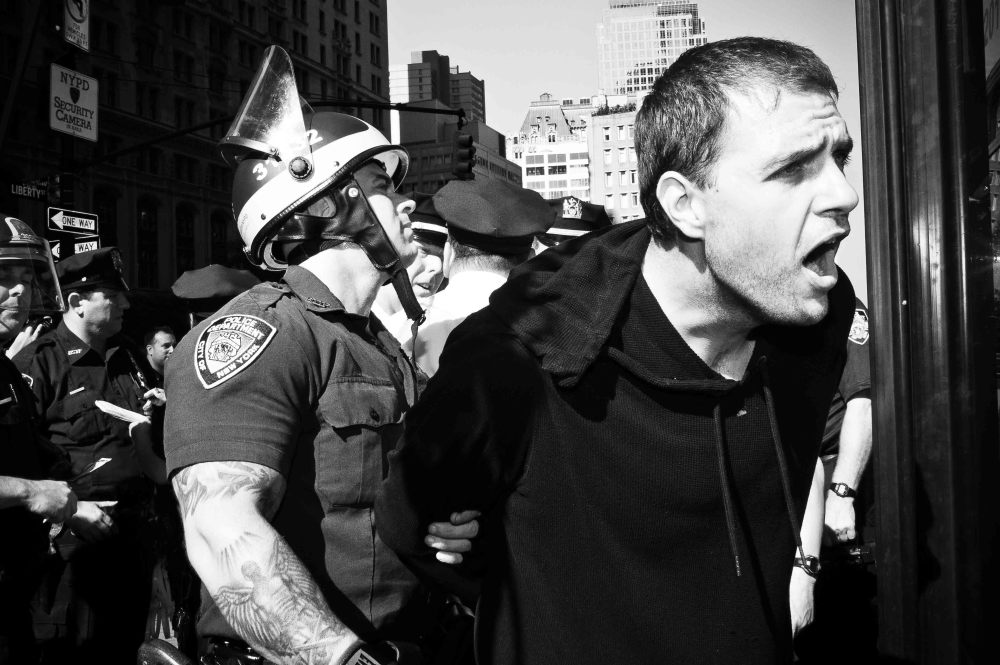 
The twentieth anniversary of the 11th of November, which has just been observed in Chicago, was a great success from many standpoints, notably among which was the increased number of young people who took part in it. . . .

As these years speed by, our comrades' lives will be better understood; their great work for the uplifting of humanity understood and appreciated. This has been the case of the martyrs of all ages....

"The Voice of the People" will yet be heard.

It is now 18 months since I published the [Famous Speeches of the Haymarket Martyrs]. In that time I have traveled from Los Angeles, Wa Vancouver, B.C., to New York city, twice. I have devoted my entire energies to visiting Locals of the AF of L. From those Locals I have received most courteous treatment everywhere. I have credentials from some of the best known central bodies in this country, including the Central Federated Union of New York city. I am continually rapping at the doors of Locals, being admitted and selling the speeches. The result is that I have sold 10,000 copies and am just going to place my order with the printer for the sixth edition, making 12,000.

I regard these speeches as the greatest piece of propaganda literature extant; and when circulated among organized labor are bound to bear fruit.

The great strike of May 1886 was an historical event of great importance, inasmuch as it was . . . the first time that the workers themselves had attempted to get a shorter workday by united, simultaneous action.... This strike was the first in the nature of Direct Action on a large scale. . . .

Of course the eight-hour day is as antiquated as the craft unions themselves. Today we should be agitating for a five-hour workday.

The Eleventh of November has become a day of international importance, cherished in the hearts of all true lovers of Liberty as a day of martyrdom. On that day was offered to the gallows-tree martyrs as true to their ideal as ever were sacrificed in any age....

Our comrades were not murdered by the state because they had any connection with the bombthrowing, but because they were active in organizing the wage-slaves. The capitalist class didn't want to find the bombthrower; this class foolishly believed that by putting to death the active spirits of the labor movement of the time, it could frighten the working class back to slavery.

Parsons, Spies, Lingg, Fischer and Engel: Although all that is mortal of you is laid beneath that beautiful monument in Waldheim Cemetery, you are not dead. You are just beginning to live in the hearts of all true lovers of liberty. For now, after forty years that you are gone, thousands who were then unborn are eager to learn of your lives and heroic martyrdom, and as the years lengthen the brighter will shine your names, and the more you will come to be appreciated and loved.

Those who so foully murdered you, under the forms of law - lynch law - in a court of supposed justice, are forgotten.

Rest, comrades, rest. All the tomorrows are yours!

Once again on November 11 a memorial meeting will be held to commemorate the death of the Chicago Haymarket martyrs. 1937 is the fiftieth anniversary, and this meeting bids fair to be more widely observed than any of the forty-nine previous ones. . . .

On that gloomy morning of November 11, 1887, I took our two little children to jail to bid my beloved husband farewell. I found the jail roped off with heavy cables. Policemen with pistols walked in the enclosure.

I asked them to allow us to go to our loved one before they murdered him. They said nothing.

Then I said, "Let these children bid their father good-bye; let them receive his blessing. They can do no harm."

In a few minutes a patrol-wagon drove up and we were locked up in a police station while the hellish deed was done.

Oh, Misery, I have drunk thy cup of sorrow to its dregs, but I am still a rebel.

The One Big Union Monthly
November 1937

1910
The Voice of the People will yet be Heard — Publication.