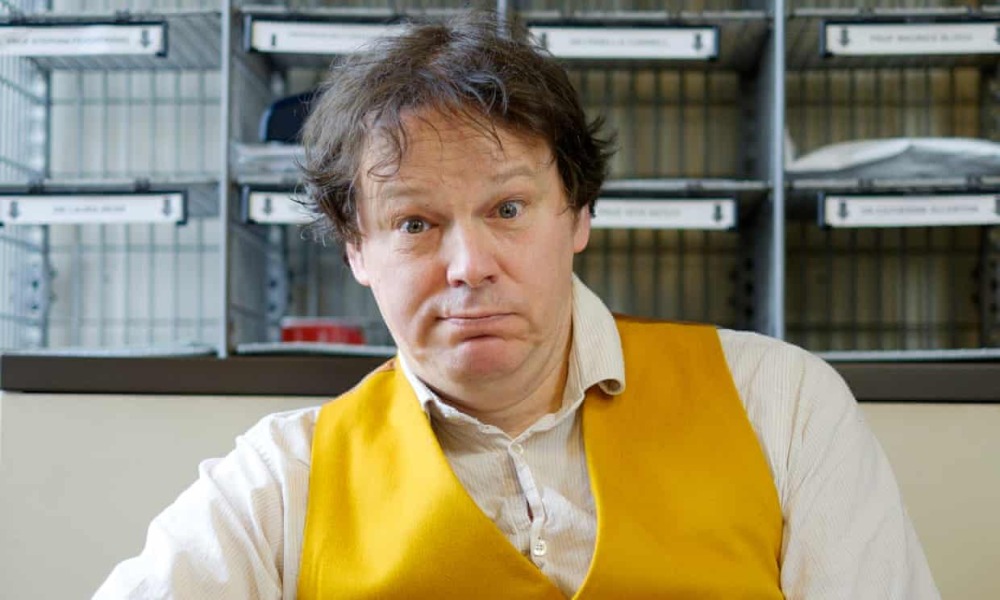 David Rolfe Graeber was an American anthropologist and anarchist activist. His influential work in economic anthropology, particularly his books Debt: The First 5,000 Years (2011) and Bullshit Jobs (2018), and his leading role in the Occupy movement, earned him recognition as one of the foremost anthropologists and left-wing thinkers of his time.

Born in New York to a working-class Jewish family, Graeber studied at Purchase College and the University of Chicago, where he conducted ethnographic research in Madagascar under Marshall Sahlins and obtained his doctorate in 1996. He was an assistant professor at Yale University from 1998 to 2005, when the university controversially decided not to renew his contract before he was eligible for tenure. Unable to secure another position in the United States, he entered an "academic exile" in England, where he was a lecturer and reader at Goldsmiths' College from 2008 to 2013, and a professor at the London School of Economics from 2013.

In his early scholarship, Graeber specialized in theories of value (Toward an Anthropological Theory of Value, 2002), social hierarchy and political power (Fragments of an Anarchist Anthropology, 2004, Possibilities, 2007, On Kings, 2017), and the ethnography of Madagascar (Lost People, 2007). In the 2010s he turned to historical anthropology, producing his most well known book Debt: The First 5000 Years (2011), an exploration of the historical relationship between debt and social institutions, as well as a series of essays on the origins of social inequality in prehistory. In parallel, he developed critiques of bureaucracy and managerialism in contemporary capitalism, published in The Utopia of Rules (2015) and Bullshit Jobs (2018). He coined the concept of bullshit jobs in a 2013 essay that explored the proliferation of "paid employment that is so completely pointless, unnecessary, or pernicious that even the employee cannot justify its existence". 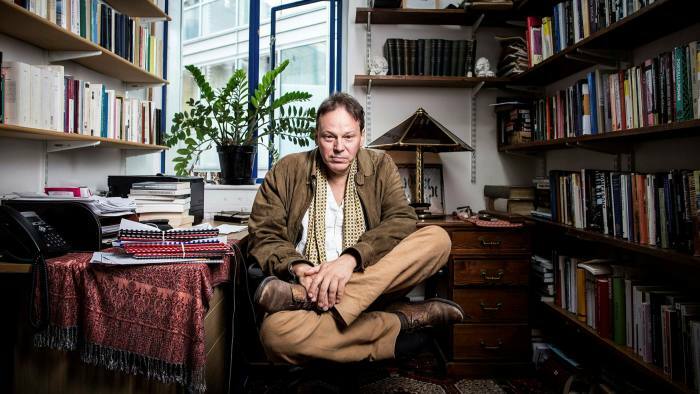 Although exposed to radical left politics from a young age, Graeber's direct involvement in activism began with the global justice movement of the 1990s. He attended protests against the 3rd Summit of the Americas in Quebec City in 2001 and the World Economic Forum in New York in 2002, and later wrote an ethnography of the movement, Direct Action (2009). In 2011, he became well known as one of the leading figures of Occupy Wall Street and is credited with coining the slogan "We are the 99%". His later activism included interventions in support of the Rojava revolution in Syria, the British Labor Party under Jeremy Corbyn and Extinction Rebellion.

Graeber was married to artist Nika Dubrovsky. He died unexpectedly in September 2020, while on vacation in Venice. His last book, The Dawn of Everything: A New History of Humanity, co-written with archaeologist David Wengrow, was published posthumously in 2021.

David Graeber, anthropologist and anarchist author of bestselling books on bureaucracy and economics including Bullshit Jobs: A Theory and Debt: The First 5,000 Years, has died aged 59.

On Thursday Graeber’s wife, the artist and writer Nika Dubrovsky, announced on Twitter that Graeber had died in hospital in Venice the previous day. The cause of death is not yet known.

Renowned for his biting and incisive writing about bureaucracy, politics and capitalism, Graeber was a leading figure in the Occupy Wall Street movement and professor of anthropology at the London School of Economics (LSE) at the time of his death. His final book, The Dawn of Everything: a New History of Humanity, written with David Wengrow, will be published in autumn 2021. The historian Rutger Bregman called Graeber “one of the greatest thinkers of our time and a phenomenal writer”, while the Guardian columnist Owen Jones called him “an intellectual giant, full of humanity, someone whose work inspired and encouraged and educated so many”. The Labor MP John McDonnell wrote: “I counted David as a much valued friend and ally. His iconoclastic research and writing opened us all up to fresh thinking and such innovative approaches to political activism. We will all miss him hugely.”

Tom Penn, Graeber’s editor at Penguin Random House, said the publishing house was “devastated” and called Graeber “a true radical, a pioneer in everything that he did”.

“David’s inspirational work has changed and shaped the way people understand the world. In his books, his constant, questing curiosity, his wry, sharp-eyed provoking of received nostrums shine through. So too, above all, does his unique ability to imagine a better world, borne out of his own deep and abiding humanity,” Penn said. “We are deeply honored to be his publisher, and we will all miss him: his kindness, his warmth, his wisdom, his friendship. His loss is incalculable, but his legacy is immense. His work and his spirit will live on.”

Born in New York in 1961 to two politically active parents – his father fought in the Spanish civil war with the International Brigades, while his mother was a member of the international Ladies’ Garment Workers’ Union – Graeber first attracted academic attention for his teenage hobby of translating Mayan hieroglyphs. After studying anthropology at the State University of New York at Purchase and the University of Chicago, he won a prestigious Fulbright fellowship and spent two years doing anthropological fieldwork in Madagascar. 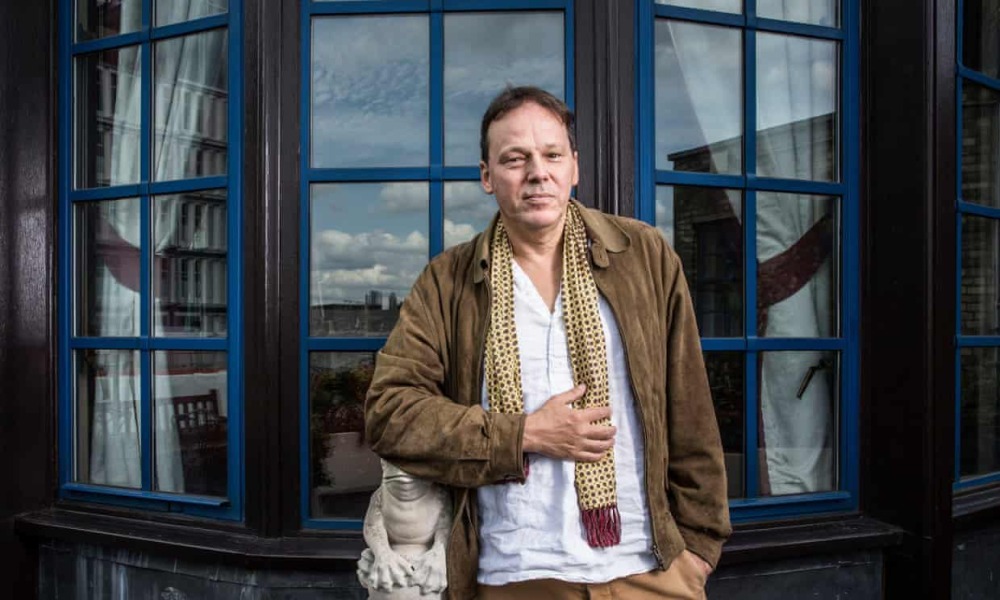 In 2005, Yale decided against renewing his contract a year before he would have secured tenure. Graeber suspected it was because of his politics; when more than 4,500 colleagues and students signed petitions supporting him, Yale instead offered him a year’s paid sabbatical, which he accepted and moved to the UK to work at Goldsmiths before joining LSE. “I guess I had two strikes against me,” he told the Guardian in 2015. “One, I seemed to be enjoying my work too much. Plus I’m from the wrong class: I come from a working-class background.”

His 2011 book Debt: The First 5,000 Years, made him famous. In it, Graeber explored the violence that lies behind all social relations based on money, and called for a wiping out of sovereign and consumer debts. While it divided critics, it attracted strong sales and praise from everyone from Thomas Piketty to Russell Brand.

Graeber followed it in 2013 with The Democracy Project: A History, a Crisis, a Movement, about his work with Occupy Wall Street, then The Utopia of Rules: On Technology, Stupidity and the Secret Joys of Bureaucracy in 2015, which was inspired by his struggle to settle his mother’s affairs before she died. A 2013 article, On the Phenomenon of Bullshit Jobs, led to Bullshit Jobs: A Theory, his 2018 book in which he argued that most white-collar jobs were meaningless and that technological advances had led to people working more, not less.

“Huge swaths of people, in Europe and North America in particular, spend their entire working lives performing tasks they believe to be unnecessary. The moral and spiritual damage that comes from this situation is profound. It is a scar across our collective soul. Yet virtually no one talks about it,” he told the Guardian in 2015 – even admitting that his own work could be meaningless: “There can be no objective measure of social value.” 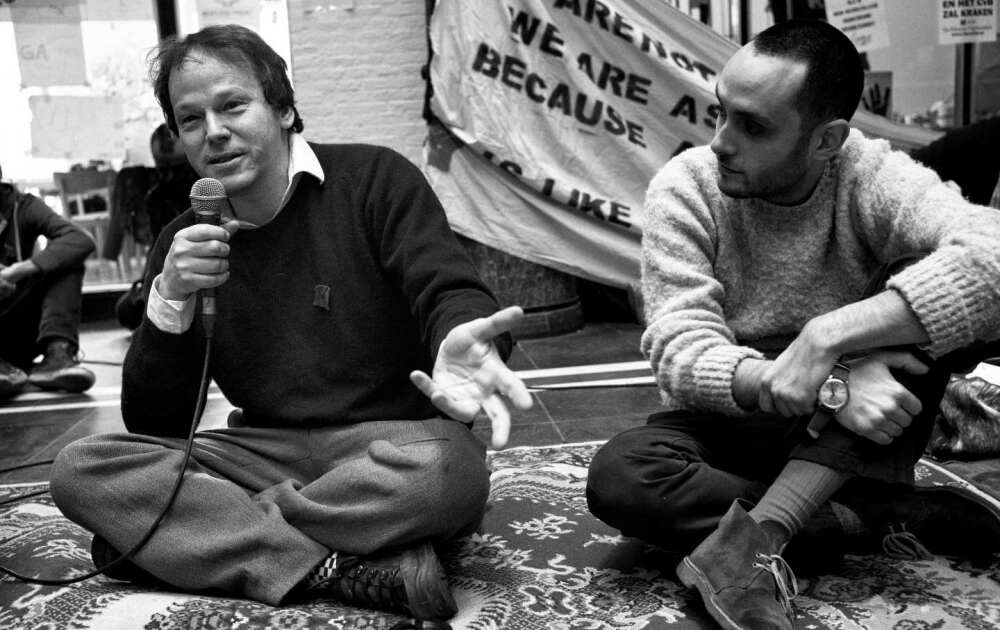 An anarchist since his teens, Graeber was a supporter of the Kurdish freedom movement and the “remarkable democratic experiment” he could see in Rojava, an autonomous region in Syria. He became heavily involved in activism and politics in the late 90s. He was a pivotal figure in the Occupy Wall Street movement in 2011 – though he denied that he had come up with the slogan “We are the 99%”, for which he was frequently credited.

“I did first suggest that we call ourselves the 99%. Then two Spanish indignados and a Greek anarchist added the ‘we’ and later a food-not-bombs veteran put the ‘are’ between them. And they say you can’t create something worthwhile by committee! I’d include their names but considering the way police intelligence has been coming after early OWS organizers, maybe it would be better not to,” he wrote.