There have almost certainly been better anarchist writers, more skilled anarchist organizers, anarchists who have sacrificed more for their beliefs. Perhaps though, Malatesta is celebrated because he combined all of these so well, exemplifying thought expressed in deed...

From : "About My Trial: Class Struggle or Class Hatred?," Errico Malatesta 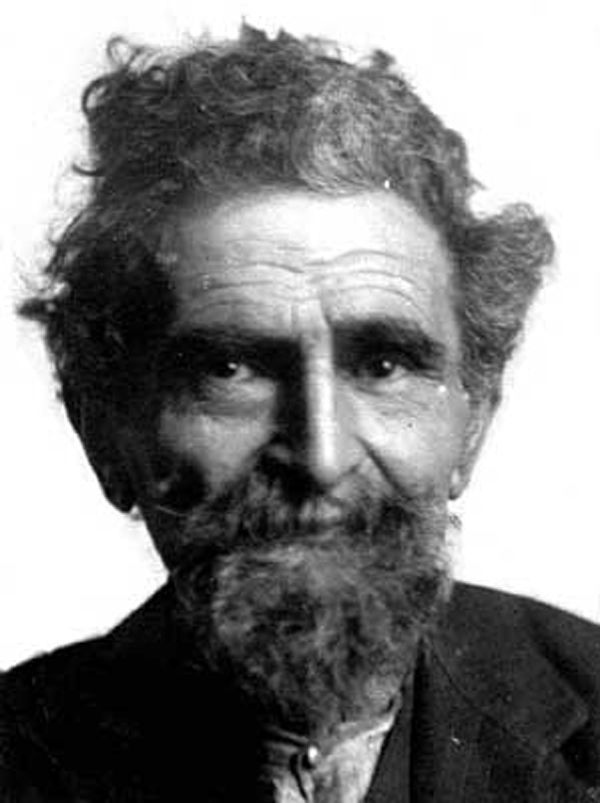 Though anarchism is based on the idea of individual freedom, the anarchist movement, unlike most other political movements, does not revolve around particular individuals. Our history cannot be reduced to the 'history of great men', rather it is the story of the development of a particular set of ideas, and the struggle to put those ideas into practice.

That said, there are famous anarchists. Some are known because their writings helped stimulate new thinking in the anarchist movement, or define a new current in anarchist thought. Others, like Errico Malatesta, are famous because their very lives epitomized the development of anarchist politics, and reflected the setbacks and advances of the movement.

Born in 1853, into a growing mood of republicanism, Malatesta soon saw the need for a more profound change in society, and in 1871 joined the Italian section of the International. At the time, the main anarchist/socialist strategy was to start insurrections, driving government officials out of small towns and burning the tax ledgers and bank books in the hope of sparking more widespread rebellions, a tactic which Malatesta supported enthusiastically. He was forced to flee Italy in 1878 after the assassination of King Umberto, by a republican cook, led to a general crackdown on radicals.

He returned to Italy after five years spent traveling around Europe, continually agitating for anarchism, but was arrested in 1884, and had to leave again, this time for Argentina, where he lived for twelve years and was very involved in the organization of the labor movement. He again returned to Italy, where he became the editor of L'Agitazione. After only a year, however, he was arrested once more, but he managed to escape, and after a few years in America he traveled to London.

There he lived and worked for the next thirteen years, with a mass campaign stopping him from being deported in 1909. In 1913 he went back to Italy of his own volition. Following the collapse of the general strike of 1914, Malatesta, now in his sixties, had to leave for London once more. He spent the war years there, writing and speaking often on the need for anarchists not to choose sides between two capitalist, imperialist powers. Finally, in 1919, he was able to return to Italy, this time for good.

Although he had spent barely half his life in his native country, his experience and dedication had won him much respect in anarchist circles there. At the time, the anarchist movement in Italy was strong, the popularity reflected in the fact that Umanità Nova, the daily anarchist paper which Malatesta founded, had, at its peak, a circulation of over 50,000. Unfortunately, this golden period was to be short-lived. When Mussolini came to power the left-wing papers were closed down, the anarchist movement decimated and driven underground, and Malatesta himself spent the last five years of his life under house arrest. Ideas and Actions

Malatesta was, above all, an activist. While he wrote many articles and pamphlets he was no academic, he was a working electrician who wrote when there was something to be said, not for the sake of writing. He described an anarchist society simply, as a "society organized without authority, meaning by authority the power to impose one's own will", "a society which reconciles the liberty of everyone with cooperation and liberty among men". What more needs to be said?

We also see in Malatesta's writings the changes that were taking place in the general anarchist movement. Though he always reserved the right to use arms in the defense of social gains, maintaining that "if you want the corn, you need the cannon", over the years the tactics he emphasized changed, from the insurrectionism of his youth to the syndicalism of his older years. He had always said that the anarchist movement needed to be as visible as possible, and this change reflects his coming to believe, as did the wider anarchist movement, that this is incompatible with the strategy of 'propaganda by the deed'.

There is no one action, no single pamphlet or article for which Malatesta is famous. There have almost certainly been better anarchist writers, more skilled anarchist organizers, anarchists who have sacrificed more for their beliefs. Perhaps though, Malatesta is celebrated because he combined all of these so well, exemplifying thought expressed in deed, ideas backed up by action, and all driven by a fierce commitment to freedom.

From : "Errico Malatesta," by Ray Cunningham, published by the Struggle Site, https://flag.blackened.net/revolt/

From : "About My Trial: Class Struggle or Class Hatred?," Errico Malatesta

From : "Anarchism and Organization," Authored by Errico Malatesta, 1897

From : "Anarchist Propaganda," by Errico Malatesta

From : "The Anarchist Revolution," by Errico Malatesta

From : "The Anarchist Revolution," by Errico Malatesta

From : "Anarchists Have Forgotten Their Principles," by Errico Malatesta, from: Freedom, November 1914

From : "Peter Kropotkin - Recollections and Criticisms of an Old Friend," by Errico Malatesta, from: Studi Sociali April 15, 1931

From : "Pro-Government Anarchists," by Errico Malatesta, from: Freedom, April 1916