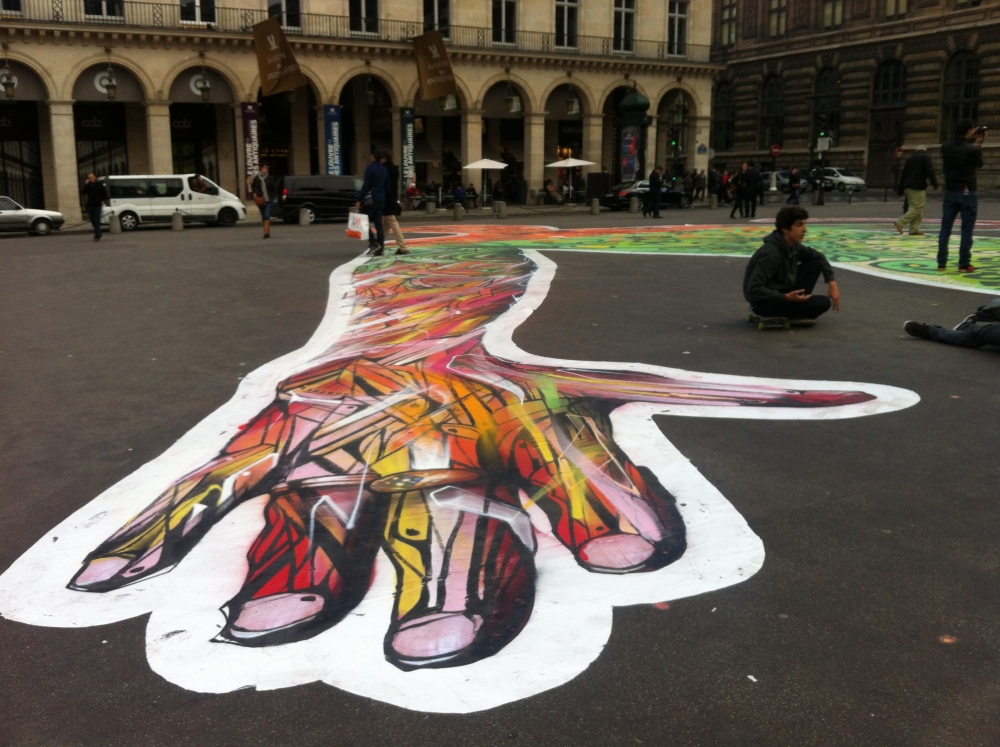 (From our Paris Correspondent.)

The most important event to be noticed from the revolutionary Socialist point of view is without doubt the International Anarchist Conference which was held at Paris on Sundays, Sept. 1 and 8. This meeting resembled in no particular the preceding Authoritarian Congresses. There was no president, no bureau, no committee charged with the verification of the delegates' mandates, to bring up reports and do suchlike useless things. The platform was absolutely free for every one to speak who wished, and the most admirable order existed during the two sittings, although the Salle du Commerce, which holds from five to six hundred persons, was quite full.

After a short speech from Tortellier inviting the comrades from other lands to express their ideas and to inform us about the Anarchist movement in their part of the world, Comrade Tarrida y Marmol. the delegate of several Spanish Anarchist-Collectivist groups, spoke. He described at length the origin of the Spanish Anarchist Federation, authoritarian at the commencement in spite of its Anarchist title, he very appropriately showed that Anarchy being equal liberty, it would be illogical to impose upon the groups such or such an economic form. Some might adopt the communist principle "taking at pleasure," others the collectivist principle "to each according to his work." But anyhow the Collectivist Anarchists of Spain, whose difference from the Communists is a diminishing quantity, have nothing in common with the authoritarian Collectivists of Germany and France.

Another Spanish delegate, an Anarchist Communist, reproached the Federation with formerly not supporting the martyrs of the Mano Negra ("Black Hand" Society), but the meeting persuaded the comrade to stop indulging in useless recriminations. Returning to general ideas he declared that theft from exploiters. desertion from the army and war against prejudice, are accepted by the Spanish Anarchists as good methods of combat.

Merlino followed with a close criticism of the attitude taken up by the authoritarian Socialists and of their ideal of society after the revolution. Their committees are to possess themselves of all power, decree an abatement of 50 percent on mortgages, and give to the workers, formed like soldiers into regiments, the right to choose their directors. The wage-slaves will call themselves members of the community, the capitalists officials, and money labor-notes. Only names will have been changed. In an Anarchist Communist society people would have to occupy themselves with the organization of wants and also with those problems - justice, morality, sociability, which the Marxists repel as matters of sentiment.

Malato, who succeeded him, read in the Dame of the Anarchist-Communist group of Bouglon (Lot et Garonne) a long manifesto explaining clearly the miserable situation of the French peasants, who before the end of the century will be forced by economic conditions to carry out an extensive jacquerie. We must, the manifesto concluded, develop the germs of revolt by all means - pamphlets, placards, colporteurs, etc. - and most important of all, occupy ourselves with the constitution of an Agrarian League on a purely Anarchist basis.

After an energetic exhortation by the German comrade, Werner, to struggle by all means against the ruling class, an English delegate spoke in English, Merlino translating afterwards. He said that although in England the Anarchists are not yet very numerous, they work actively in spreading their ideas of emancipation. He also referred to the London strike and the enthusiastic meeting decided to send a telegram to the workers over the Channel encouraging them to persevere in their fight with the capitalists.

After some words from a lady comrade, Elise, in support of carrying oil a propaganda among women by women, an interesting debate commenced on the subject of Theft. Merlino considered it simply a changing of proprietors, leaving the question of individual property itself untouched. Tortellier, Brunet, Faure and Devertus approved of stealing from the rich as a method of carrying on the social war.

This question was again discussed at length at the second sitting. Then also Malato dealt with the attitude of Anarchists in case there should be a war. He urged upon comrades not to confine themselves to metaphysical discussions unintelligible to the masses, which tend to destroy the revolutionary feeling. We should seriously consider the eventuality of a war and seek for practical solutions. Too many comrades believed that we have only to let things go according to the course of events and that besides we can never penetrate the future. This is not correct; by the coordination of facts and from precise observations, going from the known to the unknown, we can foresee the future at any rate in its great features. Sociology is a science. He thought that in time of war declarations of principle would be insufficient. It would be necessary to act, being careful not to oppose the strength of the popular current. No matter with what motive, it was desirable to throw the mass against the great capitalists. In a word there must be action, action collective and immediate.

Comrade Paul Reclus did not think a war was imminent. The governments seemed to mutually distrust one another. Should there be a conflict, however, the proposal put forward by Malato was good. Going on to speak of the propaganda among the peasants be said he did Dot consider it practicable to do more than was done now, but in the day of revolution it would be necessary to hasten to send into the country the manufactured products that the capitalist regime has accumulated in the warehouses.

Comrade Elise read a paper on Theft, which she thought was only justifiable for propaganda purposes. There must be, she said, some Anarchist principles and morals. Comrade Ridoux, an individualist, affirmed on the other hand that Anarchy is the negation of morals and principles, and that egoism is, under varying forms, the basic principle of human nature.

Merlino gave a resume of the ideas thrown out at the Conference. After him a German comrade declared, and not without reason, that two different camps are formed. that of the idealist Anarchists and that of the materialist Anarchists. He believes that a split will be inevitable in a little while.

We hope this prophecy will not be realized and that the liberty which the anarchist idea leaves to every one to act according to his temperament and his conceptions will maintain a fraternal accord. Besides materialism does not exclude a properly understood idealism. Buchner has said the more we make abstract ideas of an imaginary future the more we are inclined to love the real world and to make it comfortable for our use, to embellish it, in fact to idealize it. But it is none the less true that a long period of inaction has thrown many of our friends into the cloudy paths of metaphysics. Abstractions of pure reason and sometimes effusions of sentimentalism make them forget the real world and neglect practical solutions. Their activity instead of being employed in determining facts and creating situations is only expended in a sort of cerebral gymnastics. They have there a mortal danger unless they rebel against it.

In the meantime the bourgeois parties and the authoritarian Socialists are stirred feverishly by the legislative elections which take place on September 22. At Clignancourt (18th arrondissement of Paris) General Boulanger is candidate in opposition to the Municipal Councilor Joftrin, the Possibilist. A third candidate without tiny chance, is Jules Roques, director of L'Egalite, who appears to have created a Socialist League only to bring about and support his candidature. But he is too acute and too thoughtful to delude himself. He is a very ambitious man; there is a snake in the grass. The general opinion is that Boulanger will be elected at Clignancourt and Rochefort at Belleville, where he is standing against Sigismund Lacroix and Camelinat.

Electoral ambitions have dislocated the Central Blanquist Committee. Granger having declared openly for Boulangism is patronized by the National Committee in the 19th arrondissement and will probably be elected, Vaillant and Susini are at the head of the anti-Boulangist fraction. Perhaps, after all, it is only a deception. an apparent rupture, permitting the Blanquists to maneuver between the two currents. We must expect anything from the Red Jesuits.

The Boulangist staff has had the shrewdness to choose republican candidates for Paris, and ultra-reactionary candidates for the provinces. The Bonapartists Lengle, Dugue de Is, Fauconnerie and Cuneo d'Ornano are described in L'Intransigeant under the euphemism republicains rallies; others quite as monarchical but less well known, are qualified republicains d'origine! Politics is a fine thing! Rochefort who made his entry into public life fighting against Cesarism, presents himself Dow as its would-be restorer.

It is probable that the government will obtain a majority in the provinces, but certainly we shall have a Rump Parliament that will be embarrassed in every sense. The bourgeois state will complete its suicide in the midst of useless and interminable discussions.

Image Gallery of The Situation in France [Oct, 1889]