: In addition to defending the rights of African-Americans, Lucy spoke out against the repressed status of women in nineteenth century America. Wanting to challenge the notion that women could not be revolutionary, she took a very active, and often militant, role in the labor movement... (From: IWW.org.)
• "...in freedom to possess and utilize soil lie social happiness and progress and the death of rent." (From: "The Principles of Anarchism," by Lucy E. Parsons.)
• "People have become so used to seeing the evidences of authority on every hand that most of them honestly believe that they would go utterly to the bad if it were not for the policeman's club or the soldier's bayonet. But the anarchist says, 'Remove these evidence of brute force, and let man feel the revivifying influences of self responsibility and self control, and see how we will respond to these better influences.'" (From: "The Principles of Anarchism," by Lucy E. Parsons.)
• "...concentrated power can be always wielded in the interest of the few and at the expense of the many." (From: "The Principles of Anarchism," by Lucy E. Parsons.) 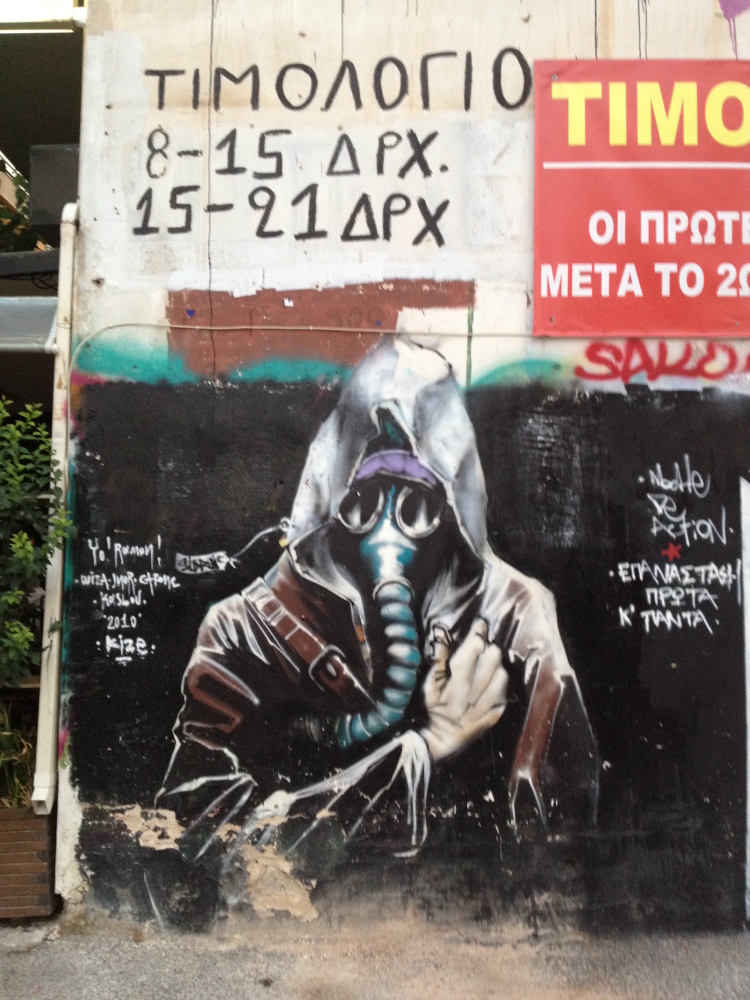 In the first place, it is founded on the principle that the majority shall lead and the minority must follow (no matter whether it will be any advantage to the majority to have the minority follow them or not). Let us take a body of legislators, absolutely honest, and see what they can do. A, B and C have each a distinct principle to carry out, and there is no good reason why each one should not carry out his principle to a certain extent without interfering with the other two. Politics steps in and says: let us decide this matter by the ballot, for that is fair. What is the result? A and C finally reach a compromise and unite by giving up a portion of their ideas. A and C are then the majority and B’s principles get no further consideration, but are simply ruled out of existence. This is majority rule.

Notice the result. Instead of three well-defined principles that might have been continued, developed and enjoyed, we have lost one altogether, and corrupted the other two. This is the inevitable result of majority rule in a legislative body which attempts to manufacture laws to enforce upon people of large communities who have all kinds of conflicting interests.

Of course, if one is invading the rights of another, he must be restrained. This is not rulership, but self-preservation. Let us see for example, how our law factories are operated. A corruptionist works a majority as follows: He hires a tool called an attorney or lobbyist to hang around the capitol and buttonhole the members of the legislature and present to them his scheme in the brightest colors and in a way that will make it appear to be a great blessing to the country. In this way, together with some graft, he usually gets the votes of the majority of the members.

If the scheme to be put through is so barefaced that the majority cannot be misled into voting for it, then the job is done by a compromise. The lobbyist has persuaded A that the bill is all right, and B, being opposed to it—but favoring some other scheme that A opposes—it is only necessary to get B to agree to vote for the bill on condition that A will vote for B’s bill when it comes up. This scheme is called honest, or at least “all things are fair in politics.” The lobbyist who is running A might have put the two jobs up with the lobbyist who was running B.

Thus do our lobbyists use one member of the legislative bodies against another to pry a fat job out of the people for the benefit of the moneybags. It makes no difference who the member of congress may be, or what his principles may be—the job can be worked on him just the same. Therefore, what does the people’s voting amount to in the choice of members?

Let us take this example: Suppose a legislature is composed of ninety-nine members; on the above scheme, twenty-five will make a majority, even if all are present; the twenty-five swap jobs with twenty-five more and thus make fifty votes—a majority of one. The lobbyist makes it his business to know how many are sick or absent, or he strives to bet the worst opponents on commissions or investigating committees out of town. But there is much in trading votes, for each member generally feels like keeping his trades to himself, or can be persuaded to do so, therefore it is easy to trade A’s vote with B, C, D and E and make each one think that he alone traded with A. In this way ten such men as A can easily get four a majority of ninety-nine, and ten such men are not hard to find when capital has use for them.

But this is not the end. A cannot trade with F, so A introduces a bill or an amendment repulsive to F and then agrees to drop it on condition that F will either vote for the bill or be absent when it comes up. These are some of the tricks played in law-making.

Can you blame an Anarchist who declares that man-made laws are not sacred? Society would not disband or revert to barbarism if laws were done away with. With thousands of laws being enacted and hundreds of corruptionists playing their tricks, what becomes of the voter’s victory at the polls? What becomes of his reforming all things by the use of the ballot? So long as he is willing to submit to a bad law until it is repealed, what better leverage do rogues want on humanity?

The fact is money and not votes is what rules the people. And the capitalists no longer care to buy the voters, they simply buy the “servants” after they have been elected to “serve.” The idea that the poor man’s vote amounts to anything is the veriest delusion. The ballot is only the paper veil that hides the tricks.

Can you blame an Anarchist when he sees a political bummer conniving for a job in a law factory that he fails to see anything sacred about him, or his laws? We know there never was a law passed that ever prevented one single crime from being committed. We know crime will cease only when men are taught to do good, because it makes them happier to do right than wrong. We know that if passing laws would have prevented crime or made men better, that we would all be angels by now.

We say: Turn the law factories into schools and place scientists in them to teach the truths of human solidarity, love and fraternity, and make these possible by abolishing monopoly in the means of life, and mankind will quickly develop that which is best, noblest and purest in his nature.

Image Gallery of The Ballot Humbug