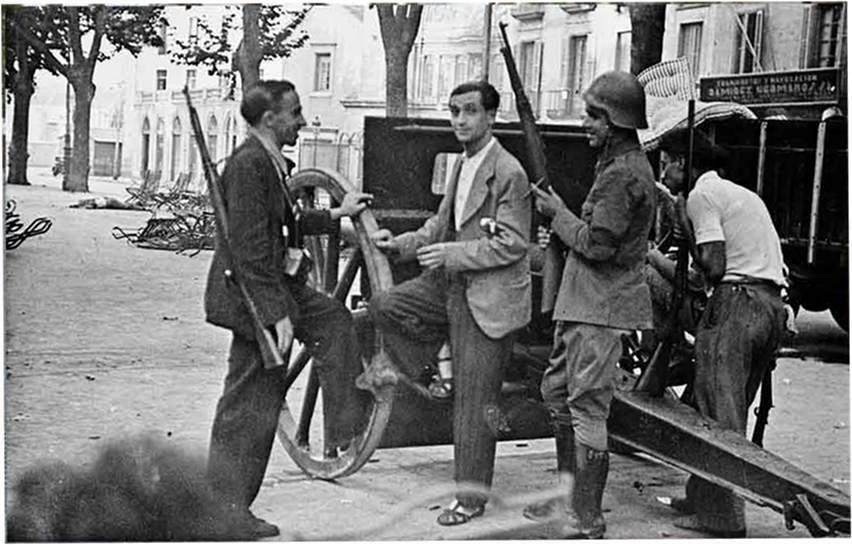 Francisco Ascaso Abadía was the cousin of Joaquín Ascaso, the President of the Regional Defense Council of Aragon, a carpenter and a prominent Anarcho-syndicalist figure in Spain.

Ascaso lived a life of crime and violence being involved in the deaths of multiple high-profile government officials and as a result frequently detained. By the time of the Spanish Civil War, he had created and been involved in numerous anarchist operations and organizations alongside his close friend Buenaventura Durruti. He would be killed during the Civil War. 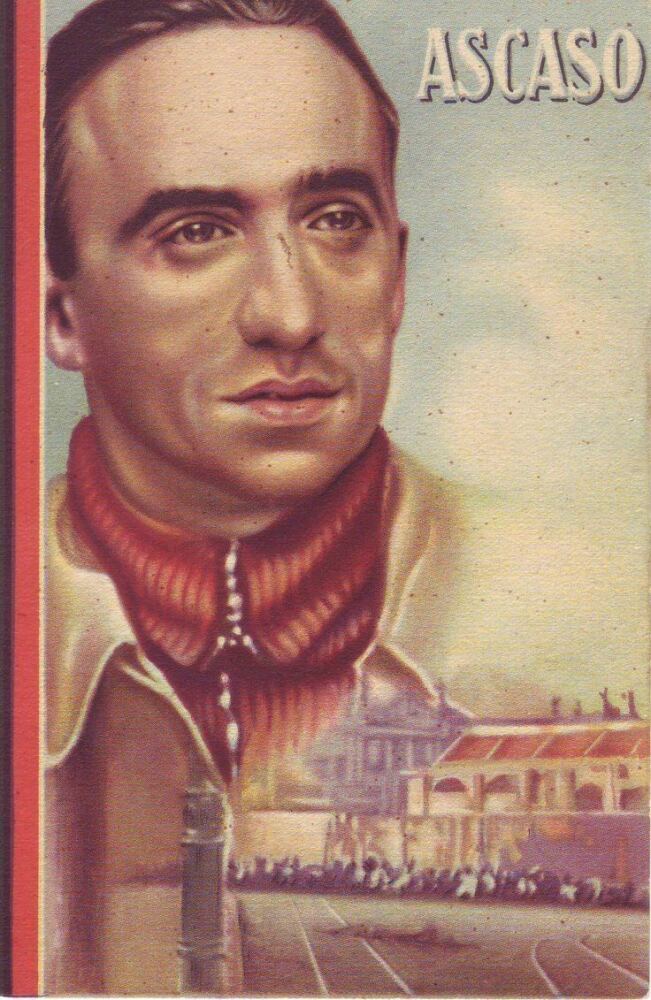 In 1922 or 1923, Ascaso would meet Juan Garcia Oliver and Buenaventura Durruti, and soon form the Los Solidarios in response to the execution of the anarchist Francisco Ferrer. The group would become involved in the deaths in many prominent leaders of the time such as Spanish Prime Minister Eduardo Dato. Ascaso and Durruti would soon begin a lifelong friendship. Ascaso was drawn to Durruti for their shared disdain for the "bolshevization", bureaucracy and false hoods" of the Russian Revolution.

Ascaso and Oliver soon moved to Manresa in order to avoid detection from police. Upon arriving they were imprisoned on suspected drug trafficking. Although they were capable of convincing the police captain that they were just there to file papers for legal emigration and therefore avoided incarceration. While living in Manresa, Ascaso learned of Durruti arrest and trial. He would gather the funds of the Los Solidarios and travel to San Sebastián hoping to aid Durruti in achieving a pardon however this would not happen. Ascaso and Oliver decided that to remain within Manresa would be unwise and so moved to Zaragoza. Ascaso and Oliver become embroiled in a conspiracy to assassinate then Archbishop of Zaragoza Juan Soldevilla y Romero which they would successfully execute on June 23, 1923.

Ascaso was arrested for his involvement however he escaped prison with the aid of Durruti and In June 1923, Ascaso and Durruti fled to France in protest of the dictatorship of Miguel Primo de Rivera, Eduardo Dato's successor and then Prime Minister of Spain. Ascaso and Durruti would go onto support the Revolutionary Committee in France at the time as a way of "organizing a revolutionary center in France". Ascaso's method of organization also included the gathering of comrades and arms to further their ideals. In late December, 1924, Ascaso and Durruti were informed of the Revolutionary Committee's dire financial situation and so were instructed to travel to Latin America which they promptly did with the intention of collecting funds.

Ascaso and Durruti spent time in the Caribbean Island, Havana at the house of a young libertarian, J.A. J.A would often engage with Ascaso and Durruti on the topic of anarchism, encouraging them to spread anarchist theory, Ascaso and Durruti ― who believed that propaganda was a necessary element of anarchism ― agreed. They soon left Havana fearing harassment from the police. In late March 1925 Ascaso and Durruti were seeking refuge in Mexico City however soon left, feeling guilty over living in a luxury hotel juxtaposed to the poor neighborhoods. By late February 1926 Ascaso set off to Europe specifically, France. They arrived on April 30, 1926.

On June 25, 1926 Ascaso was arrested by French Police, sentenced to six months, with intent to harm the King of Spain who was visiting France at the time. Upon being arrested Ascaso alongside Durruti and Jover Cortes were informed that they would be handed over to the Argentina government. An initiative entitled the Durruti-Ascaso-Jover Asylum Support Committee by The Anarcho-Communist Union was formed intending for the three men's release. They staged protests and hunger strikes against the police. Although the French government remained firm in their goals. While negotiating for their delivery talks began to become troublesome with both governments accusing each other of neglience. After a period of time the talks fell through and by May 27, 1927 all three men were freed and deported to Belgium.

In November 1927 Ascaso and Durruti arrived in Lyon, France. In January 1928 Ascaso and Durruti traveled to Paris for the purpose of meeting with Joaquín Cortés as well as anarchist groups of the time. They were soon arrested upon arrival "infractions of the law on foreigners". They were sentenced to six months and were released in early October 1928 and arrived in Berlin by Late October. The two men lived with Augustin Souchy. Soon Paul Kampfmeyer, a former anarchist and member of the Berlin Social Democratic party who had previously aided anarchists Nestor Makhno and Emma Goldman escape Russia, came in contact with the two men aiming to provide them with residency permits. During their time in Berlin fear of arrest was omnipresent so the men began to plot leaving. Soon they were able to gather enough funds and left Berlin, arriving in Belgium by early 1929.[citation needed] They were later implicated in a conspiracy to attack Princess María José and Italian Prince Umberto of Piedmont. Ascaso returned to Spain by 1931. He returned from a deportation to Africa in 1932 to become an editor of Solidaridad Obrera (Workers' Solidarity) and secretary of the Catalan CNT. He supported CNT militias and opposed political alliances with organizations.

During the Spanish Civil War, while living in Barcelona, Ascaso would form the Antifascist Militias Committee. Ascaso alongside Durruti and the CNT would attack army depots and the prison ship Uruguay with home-made grenades and improvised armored cars. Ascaso was one of the 500 to die in the assault of Atarazanas barracks. Ascaso was buried in Montjuïc Cemetery alongside Durruti.