: Rocker was born in Mainz, Germany, son of a workingman who died when the boy was five years of age. It was an uncle who introduced him to the German SociaI Democratic movement, but he was soon disappointed by the rigidities of German socialism. (From: Irving Horowitz Bio.)
• "...our present economic system, leading to a mighty accumulation of social wealth in the hands of privileged minorities and to a constant repression of the great masses of the people..." (From: "Anarchism and Anarcho-Syndicalism," by Rudolph Ro....)
• "...Anarchism has to be regarded as a kind of voluntary Socialism." (From: "Anarchism and Anarcho-Syndicalism," by Rudolph Ro....)
• "...power always tries to keep things as they are, safely anchored to stereotypes. That has been the reason for all revolutions in history. Power operates only destructively, bent always on forcing every manifestation of social life into the straitjacket of its rules. Its intellectual expression is dead dogma, its physical form brute force." (From: "Anarchism and Anarcho-Syndicalism," by Rudolph Ro....) 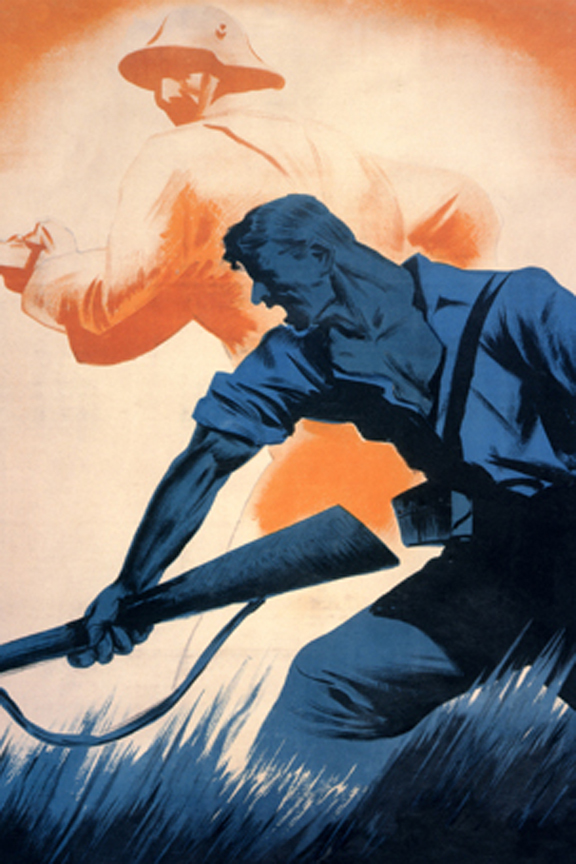 Photo by bigdogLHR,
CC BY License

From: G.P. Maximoff, Syndicalists in the Russian Revolution

GREGORI PETROVICH MAXIMOFF was born on November 10, 1893, in the Russian village of Mitushino, province of Smolensk. After studying for the priesthood, he realized this was not his vocation and went to St. Petersburg, where he graduated as an agronomist at the Agricultural Academy in 1915. He joined the revolutionary movement, while a student, was an active propagandist and, after the 1917 revolution, joined the Red Army. When the Bolsheviks used the Army for police work and for disarming the workers, he refused to obey orders and was sentenced to death. The solidarity of the steelworkers' union saved his life.

He edited the Anarcho-Syndicalist papers Golos Trouda (Voice of Labor) and Novy Golos Trouda (New Voice of Labor). Arrested on March 8, 1921, during the Kronstadt revolt, he was held with other comrades in the Taganka Prison, Moscow. Four months later he went on hunger strike for ten and a half days and ended it only when the intervention of European Syndicalists, attending a congress of the Red Trade Union International, secured for him and his comrades the possibility to seek exile abroad.

He went to Berlin, where he edited Rabotchi Put (Labor's Path), a paper of the Russian Syndicalists in exile. Three years later he went to Paris, then to the U.S., where he settled in Chicago. There he edited Golos Truzhenika (Worker's Voice) and later Dielo Trouda-Probuzhdenie (Labor's Cause-Awakening) until his death on March 16, 1950. His writings include The Guillotine at Work (1940), a fully-documented history of 20 years' Bolshevik terror in Russia, extracts from which form the present pamphlet; Constructive Anarchism (1952) and a comprehensive selection from the writings of Michael Bakunin, The Political Philosophy of Bakunin -Scientific Anarchism (1953). The last two were published posthumously.

Maximoff died while yet in the prime of life, as the result of heart trouble, and was mourned by all who had the good fortune to know him. He was not only a lucid thinker, but a man of stainless character and broad human understanding. And he was a whole person, in whom clarity of thought and warmth of feeling were united in the happiest way. He lived as an Anarchist, not because he felt some sort of duty to do so, imposed from outside, but because he could not do otherwise, for his innermost being always caused him to act as he felt and thought.