The Centenary of the Revolution - Part 2

The Centenary of the Revolution - Part 2 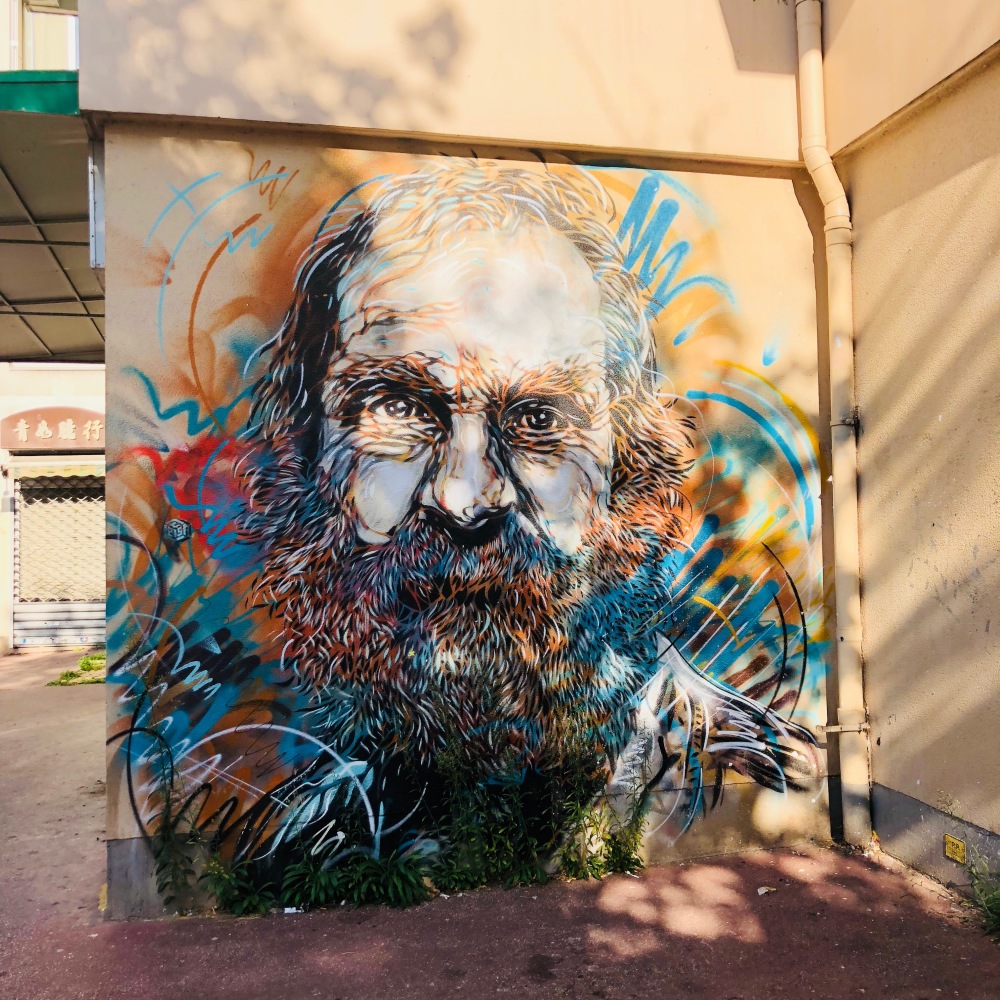 The history of the great revolution, when properly understood, is the most striking illustration of what we Anarchists maintain, namely, that even during a revolutionary period, even with assemblies elected under the pressure of the revolted masses, the parliamentary representatives of the nation, far from promoting the accomplishment of the revolution, were like heavy shot attached to its feet. If the French-peasants had expected their liberation from the feudal yoke from the National Convention, the Assembly, or the Legislative Assembly, or even the Convention, would have come out of the revolution under nearly the same burden as before. And if France had expected from her legislators the abolition of court rule, court rule would have been maintained almost in full.

Throughout the four years that the revolution lasted, it was entirely the work of the masses, acting under their own proper impulse against the orders received from their Paris leaders and compelling some of those leaders to follow - against the laws voted by the representatives of the nation. And yet we must remember that the representatives, were elected by the masses; that the wealth-possessing classes abstained from the elections; that they fled from France or took no part in the elections which, in proportion as the revolution developed, fell more and more into the hands of the ardent revolutionists. After the massacres of September 22, 1792, the richer classes, terrorized by the events in the Paris prisons, took no part at all in the election of the Convention - and yet that body, so glorified by the middle-class historians, was the refuge of reaction.

The masses revolted, notwithstanding the Draconian laws issued against the revolutionists by the successive Assemblies; and when they succeeded in compelling these Assemblies to recognize by law the fact, already accomplished, they did so by means of armed demonstrations in the streets, by menaces launched from the lobbies of the House, where revolutionists regularly attended the sittings in order to exert pressure on their legislators, by armed irruptions of the crowds into the House, and by terrorizing their so-called revolutionary representatives.

The Convention was no exception to the rule. To obtain from it the sanction of the total abolition of feudal rights and some measures to suppress the terrible speculation in grain and so prevent famine, the crowds of Paris proletarians bad to meet on May 30, 1793, in their sections, to displace the Commune of Paris which was as bad a Parliament as the Convention, and to send their artillerymen to arrest, or put to flight no less than one hundred and thirty-three members of the Convention, to terrorize, in short, the "toads of the marsh" (the center) and to compel the left wing to accept the necessary revolutionary measures.

The chief change due to the Great Revolution was, as we said in our preceding article, the abolition of feudal rights. So lot us see how it was accomplished.

After the winter of 1788 the peasants no longer fulfilled the feudal obligations. Secret societies-quite informal and having nothing of the rigidity of the secret middle-class Republican societies which spread in Europe fifty years later - the "Jacques," the "Friends of the Black Ones," and so on, sprang up among the peasants themselves. Rents and taxes were not paid.

When the peasants saw that the central government became more and more disorganized, and that old forms of repression were dropping into disuse, they took advantage of that moment for openly shaking off the yoke of feudalism. And, in proportion as the government grew more and more disorganized at Versailles by the struggles between the Court and the Third Class, they grew bolder and holder.

In some places the whole of the village went to the owner and notified him their refusal to submit any longer to the feudal obligations. In other places they besieged the castles, took possession of the terriers (the parchments on which their various obligations were inscribed) and burned them, sometimes also burning the castle together with the parchments. But in the great majority of cases, when the peasants themselves were not bold enough to make a decisive move, bands of holder peasants - the poorest ones - coming from many villages, met together and went over the country burning the castles of the lords and all the papers of their judges and governors.

However, it would be an error to imagine that the peasant insurrection spread all over France. All revolutions are made by minorities, and precisely therefore they are revolutions - that is, changes made much before the majority is ready to move for obtaining the change. So also it was in 1789, There were a few provinces in the east where two-thirds of the castles had been sacked, but there were whole provinces where the peasants simply grumbled without moving, awaiting the outcome of events. That tremendous change - the abolition of feudalism which has exercised so immense an influence upon all our century, was made, like all other changes, by a feeble but bold minority.

Long before the Parisians revolted, too, and took the stronghold of royalty and feudalism - the Bastille - the peasants already were revolting, and Chassin - one of the few writers who has looked in the archives for documents about the peasants' insurrections - is quite right in saying that even if Paris had been defeated on July 14th, 1789, feudalism nevertheless would have had to disappear. To reintroduce it, each village in the Eastern part of France must have been reduced to obedience by military force.

When the news of the peasants' outbreaks reached the National Assembly, what was its first move? The revolutionists of the Third Class so eager to launch the famous Declaration of the Rights of Man, came to the Assembly on August 4th with the proposal of new severe laws to suppress the peasants' rising. You may see it in the Moniteur. But happily enough the clergy and the nobility, better informed as to the violence of the movement in several provinces, and knowing that it would be impossible longer to maintain their feudal rights and the manorial jurisdiction, came forward to abdicate these rights. I will not say that some of them were not nerved by that enthusiasm which seizes even the most inveterate exploiters at such moments as France was living through in that year of 1789. Have we not heard of middle class exploiters who, on the proclamation of the Paris Commune of 1871, were so much impressed by the grandeur of what happened during that memorable week that they said to Socialists: Well, if a new departure must be made let it be. What's to be done? There were enthusiasts amid the French nobility as well, and on that night the enthusiasts took the lead. But then came the next day, when the cunning ones gained the upper hand, and in the series of decrees which were launched by the National Assembly on the following days. the whole work of the enthusiasts was brought to naught. The decrees still began with the words: " The feudal rights are abolished." But in the next lines of the decrees they were reestablished; they were perpetuated.

The personal obligations only - those which had been falling into oblivion, those which the royal government before the revolution was no longer capable of enforcing - were abolished. The peasants were not any longer to beat the water of the ponds to prevent the fro from disturbing the sleep of the lord of the manor - because in reality they were doing it no longer. But all obligations representing any pecuniary value and the tithes, were fully recognized and confirmed by law. The law simply left to the peasants the right of redeeming them - if the landlord would agree to the redemption and the amount of money to be paid could be agreed upon by mutual consent.

Only one of those decrees was fully brought into action-that which permitted the municipalities and the bourgeois militia to suppress the peasant outbreaks. That was done and the more willingly as the revolted peasants made no distinction between noble land-owners and middle-class owners, between "patriot" exploiters and non-patriot feudal lords, between hereditary seigneurs and those money-lenders and middle class speculators into whose hands the land and the feudal rights had been transmitted. The peasants plundered the "patriots' castles" as well. And the middle classes were suppressing their outbreaks by the end of 1789 with even greater atrocities than the nobles ever did. In the Maconnais, Bourbonnais and so on they hanged them pitilessly. And when the peasants, learning from what had happened at Versailles understood that the feudal rights really were abolished, and plundered the pigeon-houses of the lords, thirteen "poachers" were hanged in August, just about the time the "Declaration of the Rights of Man" was promulgated. Therefore, even the reactionist Mine. Stael could write: "The peasants are most dissatisfied with the feudal decrees. If they are not amended, the Jacquerie will recommence." And it recommenced. It recommenced six times - each time that the peasants saw that they could not obtain from their legislators the abolition of feudalism.

The Jacquerie began again and again, till in 1792 the abolition of feudal rights without redemption was voted by a coup de main, less them 200 members of the Assembly being present at the vote. It continued till after the above-mentioned "cleaning" of the Convention by the guillotine, the remaining members, terrorized by the people of Paris, agreed to return to the peasants the lands enclosed by the landlords.

To obtain from the "revolutionary Convention " a simple recognition of the accomplished facts, the people had to send 34 of its members to the scaffold. That is what it means to trust to the so-called representatives of the nation in revolutionary periods.

Much more ought to be said with regard to that subject; but the narrow limits of our paper prevent us from going more into it. So lot us simply advise our readers to re-read the history of the French Revolution from this point of view. It would be their tribute to the Centenary; and, Whilst doing so, they would learn much more about what a revolution means than from all they can find in the whole of Socialist literature.

Image Gallery of The Centenary of the Revolution - Part 2