A Further Consideration of Reason-Worship

A Further Consideration of Reason-Worship 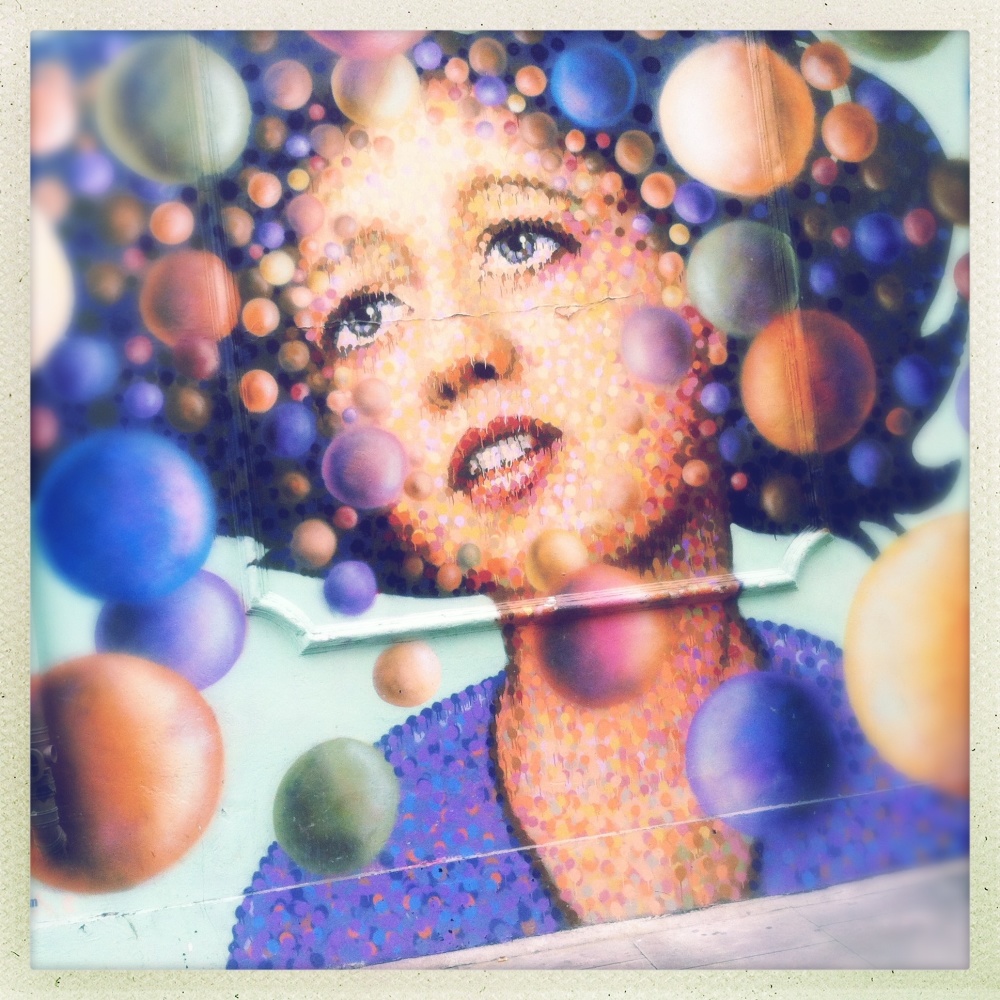 In our last two articles we have summarized a somewhat unusual, and therefore unpopular, view of the great intellectual movement. that, during the last three centuries, has gone hand-in-hand with the growth of the idea of private property and economic individualism. Thereby we have gravely scandalized certain devotees of reason-worship, who have mistaken our criticism of their superstition for an attack on human reason.

Now we Anarchists protest against the superstitious worship of anything whatever. We protest against an exclusive reverence for any one human function or faculty as a mental attitude unworthy of the dignity of man.

Human beings have continually displayed a curious inclination to adore themselves piecemeal. Everyone has heard of the sacredness of a Chinaman's pigtail ; of the American Indians who attach such religious value to their back hair as not to cut it even when it trails on the ground, but rather carry it under their arms wound round a wooden block ; of the divine strength that resided in Samson's flowing locks ; of the Asiatics who hold their finger-nails in so much reverence as to let them grow into claws. Far more important is that widespread worship of the function of reproduction and all pertaining to it, to which we alluded in a previous article„a superstition so universal and deep seated that it has colored language, art, and even modes of thought in civilized communities down to the present day.

These superstitions strike people now as simply absurd. They have outgrown them. They see them to be based on narrow, partial, one-sided, exaggerated, and therefore foolish and degrading views of human experience. But a similar exclusive reverence for special mental and moral attributes of mankind does not at first strike those who are living in the midst of it as an unworthy superstition or a social danger. And yet it is both.

Freethinkers will readily acknowledge the superstitious narrowness of the theological idea that man's body is vile, his will depraved, and his intellect a snare and a delusion, while his whole worth lies ill certain moral qualities, to cultivate which he is not only to " crucify the flesh with its affections and lusts," but to keep his intellect in subjection, lest it should question the utility of ascetic virtue. Muscular and rationalistic Christians, on the other hand, will eagerly admit the one-sidedness, the inadequacy in face of the problems of existence, of mere logic and the exaltation of reason into the motive force and sole controller of human conduct ; whilst practical materialists act and sometimes speak as if the sole desirable direction of human endeavor were to secure a superfluity of animal pleasures. It is rare to find deep and thorough recognition of the fact that the man is more than his moral faculties, more than his intellect, more than his physical needs and functions ; that he is the unity of all these combined, and that in this " trinity in unity," to borrow an ancient form of words, " none is afore or after another, none is greater or less than another." That is, neither has a separate and distinct existence, or can safely be treated as a fact apart. Neither is entitled to overlordship and superior honors.

The whole tendency of recent enlightenment and modern thought leads up to the recognition of the unity of man as a fact of paramount importance in forming truer and juster theories of conduct and social relations : new principles and habits to take the place of that dying morality of the past which assumed the imaginary two-fold or threefold nature of man as its starting-point.

But before looking into this question more closely, and especially its connection with that main fact of spontaneity to which we drew attention in our first article, let us cast a glance upon the great thought movement the excesses of which we have dubbed Reason-worship. Let us briefly note the vast moral and intellectual deliverance wrought by the increase of mental activity and by the faith in man which it has aroused and stimulated.

First and foremost among the benefits of the rationalistic movement has been the restoration of that self-respect undermined and well-nigh overthrown by the degrading terrors of ignorance erected into a system by theological superstition.

The dread of the ill-understood and uncontrollable forces in the midst of which our consciousness wakes to self-knowledge is increased a thousand-fold whilst we suppose these forces to be the playthings of some capricious and incomprehensible will, or of a variety of beings of unknown powers and doubtful intentions. In face of such an idea the heroic enthusiasm of faith in the supremacy of goodness, which exclaims : " Though He slay me, yet will I trust in Him," is the exception, the cowardly groveling of Browning's Caliban is the rule.

"He doth his worst in this our life, Giving just respite lest we die through pain, Saving last pain for worst-with which an end. Meanwhile, the best way to escape His ire Is not to seem too happy . . . . . If He caught me here, O'erheard this speech, and asked, 'What chucklest at Would, to appease Him, cut a finger off, Or of my three kid yearlings burn the best, Or let the toothsome apples rot on tree."

The vague sense of our own real weakness, our deficiencies of social feeling, of knowledge, of brain power, our uneven flow of energy, our partial consciousness, the imperfection of our whole equipment for self-defense amid the ceaseless action and reaction of inward and outward conditions, mingles with the phantoms of imagination to create an abject self-loathing and self-distrust, a frame of mind which has always proved an irresistible temptation to the desire to dominate in certain ambitious persons, and opened a wide door for the entrance of priestly authority.

But when the discovery is made that there is some sort of established order in the action of the forces of nature, when we realize that we can find out that order, can understand and conform to it, can use it, can even make it the servant of our conscious purpose, the whole situation is altered. The new knowledge restores our self-confidence, stimulates all our faculties, gives us courage, gives us hope. Instead of studying how best we way grovel in the dust, and, by morbid introspection and ruthless asceticism, mutilate our own nature to propitiate a divine tyrant, we stand erect, our whole intensity of purpose strained towards a mental grasp of the true conditions of existence , that by conformity thereto we may secure space and scope for the fullest self-development.

This mental attitude, as it spreads among the masses, slowly and steadily undermines the vital force of authority. It is fatal first, of course, to the authority of the priest, whose occupation of mediator and interpreter between gods and men it utterly destroys. But in the long run it becomes fatal to the authority of the 11 superior person " of every grade-scientist, legislator, administrator. Faith in reason has turned men's eyes from the heavens to their own selves. Inspiration, guidance, enlightenment, support, may-nay, as it seems daily more clear, must-be sought from within, from human nature itself, and not from any exterior power. And experience, as we study it more closely, reveals that this aid resides not in classes or groups or selected portions of the community, but must be sought and gathered by each for himself throughout the length and breadth of the association with his fellows possible to him, and from his own communion with extra-human nature. Men with special gifts or special opportunities may help us with their counsel, enlighten us with their experience, inspire us with their enthusiasm, comfort and strengthen us with their sympathy and love ; but whence comes their warrant to bend our will to theirs, to form rigid and arbitrary rules for us, to control us and enforce our obedience to what their intelligence or moral sense commends as rightful, and ours condemns as erroneous? Such a claim can spring only from superior force ; and our conquest of the secret of gigantic natural forces, once deemed the despotic masters of human feebleness, has taught us to scorn all blind, unquestioning submission to sheer despotism.

'Very likely; Tis in our power, then, to be hanged and scorn ye!"

The first victims who defy human authority are hanged, but they have struck the keynote of human dignity in face of arbitrary coercion. The next batch of 11 slaves " use their intellect to discover some method of escape (Parliamentary intriguing, may be). The third set their minds to the destruction of the office of hangman altogether.

And so gradually recognition is secured from the social feeling of the community of the claim of each full-grown and sane person to be freely acknowledged by his fellows sole judge and sovereign of himself.

In the more highly-developed races this claim is already (except under stress of special panics) conceded with regard to individual opinions. Its full acknowledgment in relation to conduct waits the overthrow of the existing despotism of private property. For freedom Of action is impossible for all who have no access but at the will of others to the necessaries of life; and, of course, the monopolists are slow to admit in theory the right of their slaves to a freedom which would cut the ground from under the special privileges they have secured for themselves by much past ingenuity and hard fighting. And yet the very intellect, on the possession of a larger share of which their claim to monopoly is based, is slowly and surely preparing the way for its utter destruction.

Freedom: A Journal of Anarchist Socialism
Vol. 2 -- No. 20,
MAY, 1888
Source: http://dwardmac.pitzer.edu/anarchist_archives/journals/freedom/freedom2_20.html

May 1, 1888
A Further Consideration of Reason-Worship — Publication.

Image Gallery of A Further Consideration of Reason-Worship