An Enemy of Society: Autobiography Outline of Alexander Berkman

: He was a well-known anarchist leader in the United States and life-long friend of Emma Goldman, a young Russian immigrant whom he met on her first day in New York City. The two became lovers and moved in together, remaining close friends for the rest of Berkman's life. (From: Anarchy Archives.)
• "The present situation in Russia [in 1921] is most anomalous. Economically it is a combination of State and private capitalism. Politically it remains the 'dictatorship of the proletariat' or, more correctly, the dictatorship of the inner circle of the Communist Party." (From: "The Russian Tragedy," by Alexander Berkman, The R....)
• "But the 'triumph' of the Bolsheviki over Kronstadt held within itself the defeat of Bolshevism. It exposes the true character of the Communist dictatorship. The Communists proved themselves willing to sacrifice Communism, to make almost any compromise with international capitalism, yet refused the just demands of their own people -- demands that voiced the October slogans of the Bolsheviki themselves: Soviets elected by direct and secret ballot, according to the Constitution of the R.S.F.S.R.; and freedom of speech and press for the revolutionary parties." (From: "The Kronstadt Rebellion," by Alexander Berkman, 1....)
• "Or will the workers at last learn the great lesson Of the Russian Revolution that every government, whatever its fine name and nice promises is by its inherent nature, as a government, destructive of the very purposes of the social revolution? It is the mission of government to govern, to subject, to strenghten and perpetuate itself. It is high time the workers learn that only their own organized, creative efforts, free from Political and State interference, can make their age-long struggle for emancipation a lasting success." (From: "The Russian Tragedy," by Alexander Berkman, The R....)

An Enemy of Society: Autobiography Outline of Alexander Berkman 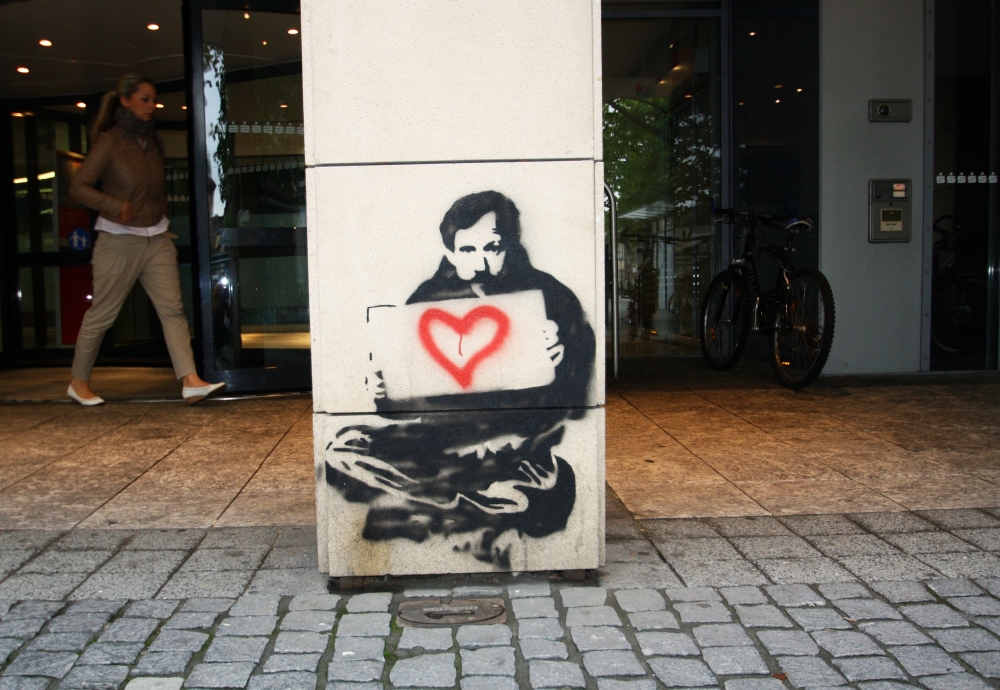 EARLY DAYS: Life at home and school in St. Petersburg. My bourgeois father and aristocratic mother. Jews and gentiles. I question my father about the Turkish prisoners of war begging alms in the streets.

OUR FAMILY SKELETON: Strange rumors about my mother and her brother Maxim. Echoes of the Polish rebellion of 1863. I hear of the dreaded Nihilists and revolution.

A TERRIFIED HOUSEHOLD: A bomb explodes as I recite my lesson in school. The assassination of Czar Alexander II. Secret groups in our class. Police search our house. Uncle Maxim is arrested for conspiring against the Czar's Life. The funeral of the dead Czar. A terrorized city.

FAMILY TROUBLES: Rumors of my beloved Uncle Maxim's execution. My terrible grief. Death of my father. We lose the right of residing in the capital. Race prejudice and discrimination. Breaking up our business and home.

PROVINCIAL RUSSIA: The ghetto. Life in Wilne and Kovno. My sisterSonya and my two elder brothers. In school and university. My rich uncle Nathan -- dictator of Kovno. His peculiar family.

THE TROUBLES OF YOUTH: Class distinctions in school and at home. I am forbidden to associate with menials. Our warring school gangs on the River Neman. Boys and girls -- the mysteries of sex. Visiting university students initiate me into Nihilism. Secret associations and forbidden books.

MY FIRST REBELLION: I defy I my rich uncle Nathan and defend a servant girl against my mother. Punished in school for my essay, "There is no God", written when I was 13 years old. Chumming with a factory boy and teaching him to read. I discover capitalism. I worship my martyred Uncle Maxim.

PLANNING AN ESCAPE: I learn that Uncle Maxim is alive and has escaped from Siberia. My brother Max is refused admission to universities, because he is a Jew. My violent indignation. More trouble at school. Max preparing to enter a German university. I conspire to accompany him. A narrow escape in stealing our way across the border. I go to Hamburg. Traveling steerage to America.

IN FREE AMERICA: Life on the East Side of New York. A new-fledged working man at 17. The troubles of a greenhorn. I find friends and a sweetheart. Wealth and poverty. I meet Russian political exiles and frequent revolutionary groups in New York. I join the Anarchists. Echoes of the Chicago Haymarket affair.

THE WORLD OF LABOR: Factories and machines. I work as cigar maker and cloak-operator. Friends and enemies. East-side cafés and meetings. The Great proletariat. The troubles of an emigrant. Prominent revolutionaries.

REALITY VERSES IDEALISM: Life and struggle. Devotion to my ideals. My intimate comrades and our first "commune colony". Planning to return to Russia for revolutionary work. John Most and the German anarchist movement in America. My friends Emma Goldman and Fedya. Love, friendship and revolution.

THE HOMESTEAD STRIKE: The steelworkers of Pennsylvania. Carnegie and H. C. Frick. the blood-

bath on the Monongahela. Andrew Carnegie and his hired Pinkertons. The whole country shocked. I decide to go to Homestead. Carnegie escapes to his castle in Scotland. My attempt on the life of Henry Clay Frick. The travesty of my trial. I am sentenced to 22 years' prison.

IN THE PENITENTIARY: Life in prison. Guards and convicts. I organize a strike for better food and treatment. Am sentenced to the dungeon. Prison torture. Attempting suicide and escape. I spend 10 years in solitary confinement. The grist of the prison-mill. Types of prisoners. Stories of crime. Robbing the stomach. Fake prison investigations. My prison chums. Love and sex in prison.

MY RESURRECTION: Freedom after 14 years in prison. The shocks of reality. Great expectations and crushing disillusionment. How the world had changed. Old-time friends and new actualities. Afraid of meeting people. My first lecture tour. I am in Frick's stronghold again. A visit to Homestead . I disappear: either dead or kidnapped by Frick.

A NEW LEASE ON LIFE: Police brutality and the arrest of my comrades. I am roused to work and fight. The Labor and new revolutionary movement. Russian political refugees: echoes of the Russian revolution of 1905. By new activities. I start a cooperative printing shop. The "Americanized" East Side. Labor leaders, Socialists, I.W.W., Bundists, and Anarchists.

SOME MORE TROUBLE: A massmeeting in Cooper Union. I object to a speaker's remarks and am railroaded to Blackwell's Island.

I am editor of MOTHER EARTH, Emma Goldman's anarchist publication. Trouble with Comstock. Illiberal American liberals and muddle-headed radicals. I organize the first Anarchist Federation in America. Trouble with the police. Free-speech fights.

STRUGGLES OF LABOR: The beginning of American imperialism and my first anti-war work. The Industrial Workers of the World and the Amarican Federation of Labor. Outstanding personalities. I help to found the Francisco Ferrer Association for libertarian education. My new role as a radical Sunday-school teacher. I write my prison memories. The unemployed movement; taking possession of churches. The Ludlow massacre; strikes and great labor trials. Big Bill Haywood, Hillquit, Emma Goldman, Margaret Sanger, Gurley Flynn, Tresca, and other personalities. The Union Square tragedy. I defend the McNamra brothers. The Los Angeles TIMES explosion. General Otis. Mother Jones and martial law. Clarence Darrow gets acquitted and convicts the McNamara brothers, his clients. Golden-rule Lincoln Steffens is double-crossed at his own game. We fight it out with the police at Union Square. I lead the siege of Tarrytown, home of Rockefeller. The inside story of some explosions. I am charged with inciting to riot and face prison again.

ON THE COAST: A lecture tour across the country. The Mexican revolutionists in California. I meet a descendant of the Aztecs. THE BLAST, my revolutionary labor paper in San Francisco. Persectuion by the Catholic Church. The Mexican Revolution. THE BLAST editorial: "Wilson or Villa -- which the greater bandit?" THE BLAST suppressed, but continues to circulate. The American war hysteria. The Preparedness Parade bomb exlosion in San Francisco. The arrest of Tom Monney, Billings, and other labor men. I organize their defense. The conspiracy against Mooney. Fremont Older and the labor leaders assure me Mooney is guilty.

I tour the country in his behalf and work for Mooney in New York.

THE WAR: America enters the war. Jingo Quakers and radicals. The NO-WAR campaign and my fight against conscription. Exciting mass meetings. I break my leg and talk on crutches. Defying police and soldiers. The Revolution breaks out in Russia and I plan to go there. I am arrested for obstructing the draft. In the Tombs. California demands my extradition in connection with the Mooney case. The Kronstadt (Russia) sailors threaten the life of the American ambassador Francis in case I am extradited to California. Wilson sends a confidential messenger (Colonel House) to the Governor of New York. The Governor refuses to extradite me. My trial for "conspiracy to obstruct the draft".

THE ATLANTA PENITENTIARY: Two years in the Georgia State Prison. "Politicals worse than criminals". Conscientious objectors and Eugene V. Debs. Our chain-gang Warden. I protest against and officer shooting a negro in the back and killing him. Punished in the dungeon and solitary for the rest of my time.

DEPORTATION: First deportation of politicals from the United States. The hell of Ellis Island and our kidnapping in the dead of night. The leaky boat "Buford" and its passengers. A near-mutiny. Sailors and soldiers offer to turn the ship over to me. The "sealed orders of the captain". We make demands and gain them. In danger of landing in the country of the Whites. Traveling in Finland under military convoy. Finnish soldiers steal our provisions. Crossing the border.

Lunatcharsky, Zinoviev, etc. Trying to work with the Communists. The Tcheka and the counter-revolution. Trotsky and military communism. Bolshevik policies verses revolutionary aims. The madness of power. Discrimination and terror. My work in Russia. Adventures on the western frontier. Up and down through the country. The fourteen changes of government in the Ukraina. The uprising of the Kronstadt sailors. Trotsky massacres them. The new economic policy of Lenin. I break with the Bolsheviki and leave Russia.

FROM PILLAR TO POST: Arrested in Latvia: the revenge of a Tchekist. Spending Christmas in prison with Emma Goldman and another friend. Liberated with apologies and "advised" to leave the country. Chasing for visas. Danger and fun. Invited to Sweden by Prime Minister Branting.

I KEEP GOING: I write an article for a Stockholm paper in behalf of the persecuted politicals in Russia. Result: the bourgeois press attacks Prime Minister Branting for offering the hospitality of Sweden to "dangerous anarchists". We are requested to leave. Refused a visa by several countries, I stowaway on a tramp steamer during a great snow-storm. I manage to get to Hamburg and lose no time reaching Berlin.

Life in Germany during the inflation. I have suddenly become a millionaire. Six billion marks for one dollar. I rechristen myself "Dr. Schmidt" and try I to explain where and why I was born. The adventure of living without "documents". Discovery in Bavaria and my timely escape.

Paris and Montparnasse. Types and doings. The Latin quarter: artists, bohemians, and their various "movements". The expatriated of the world.

I am suddenly expelled from France. Mysterious enemies. An involuntary journey to Belgium and my arrest on

the border. I am ordered to leave but remain "underground". Adventures with diamond speculators and contrabandists. A perfect stranger risks his wealth and liberty for my sake and refuses my thanks. My faith in humanity grows 100 percent.

Back in France. Soon again requested to leave. Expelled again, and again. Must get off the earth, but am still here. Nowhere to go, but awaiting the next order.

INTERESTING PERSONALITIES: Some men I have met and women I have known. Love and friendships. How the world keeps turning round.

Image Gallery of An Enemy of Society: Autobiography Outline of Alexander Berkman