The Handicapped--By One of Them

American Anarchist and Early Activist in the Disabled Movement

The Handicapped--By One of Them 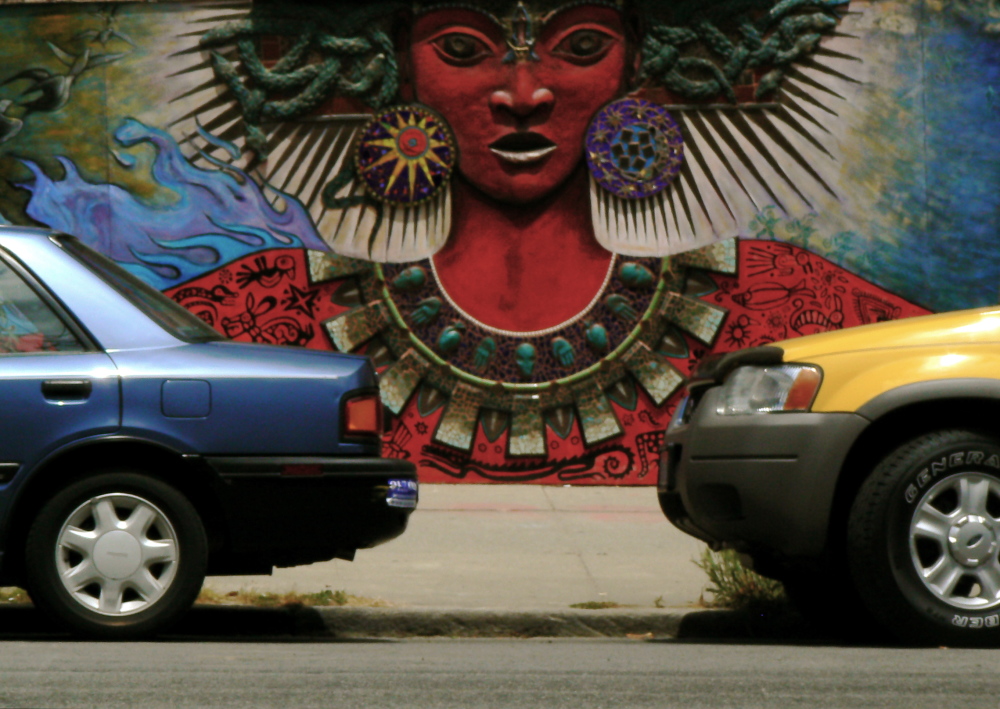 It would not perhaps be thought, ordinarily, that the man whom physical disabilities have made so helpless that he is unable to move around among his fellows can bear his lot more happily, even though he suffer pain, and face life with a more cheerful and contented spirit, than can the man whose deformities are merely enough to mark him out from the rest of his fellows without preventing him from entering with them into most of their common affairs and experiences. But the fact is that the former's very helplessness makes him content to rest and not to strive. I know a young man so helplessly deformed that he has to be carried about, who is happy in reading a little, playing chess, taking a course or two in college, and all with the sunniest goodwill in the world, and a happiness that seems strange and unaccountable to my restlessness. He does not cry for the moon.

When one, however, is in full possession of his faculties, and can move about freely, bearing simply a crooked back and an unsightly face, he is perforce drawn into all the currents of life. Particularly if he has his own way in the world to make, his road is apt to be hard and rugged, and he will penetrate to an unusual depth in his interpretation both of the world's attitude toward such misfortunes, and of the attitude toward the world which such misfortunes tend to cultivate in men like him. For he has all the battles of a stronger man to fight, and he is at a double disadvantage in fighting them. He has constantly with him the sense of being obliged to make extra efforts to overcome the bad impression of his physical defects, and he is haunted with a constant feeling of weakness and low vitality which makes effort more difficult and renders him easily fainthearted and discouraged by failure. He is never confident of himself, because he has grown up in an atmosphere where nobody has been very confident of him; and yet his environment and circumstances call out all sorts of ambitions and energies in him which, from the nature of his case, are bound to be immediately thwarted. This attitude is likely to keep him at a generally low level of accomplishment unless he have an unusually strong will, and a strong will is perhaps the last thing to develop under such circumstances.

That vague sense of physical uncomfortableness which is with him nearly every minute of his waking day serves, too, to make steady application for hours to any particular kind of work much more irksome than it is even to the lazy man. No one but the deformed man can realize just what the mere fact of sitting a foot lower than the normal means in discomfort and annoyance. For one cannot carry one's special chair everywhere, to theater and library and train and schoolroom. This sounds trivial, I know, but I mention it because it furnishes a real, even though usually dim, "background of consciousness" which one had to reckon with during all one's solid work or enjoyment. The things that the world deems hardest for the deformed man to bear are perhaps really the easiest of all. I can truthfully say, for instance, that I have never suffered so much as a pang from the interested comments on my personal appearance made by urchins in the street, nor from the curious looks of people in the street and public places. To ignore this vulgar curiosity is the simplest and easiest thing in the world. It does not worry me in the least to appear on a platform if I have anything to say and there is anybody to listen. What one does get sensitive to is rather the inevitable way that people, acquaintances and strangers alike, have of discounting in advance what one does or says.

The deformed man is always conscious that the world does not expect very much from him. And it takes him a long time to see in this a challenge instead of a firm pressing down to a low level of accomplishment. As a result, he does not expect very much of himself; he is timid in approaching people, and distrustful of his ability to persuade and convince. He becomes extraordinarily sensitive to other people's first impressions of him. Those who are to be his friends he knows instantly, and further acquaintance adds little to the intimacy and warm friendship that he at once feels for them. On the other hand, those who do not respond to him immediately cannot by any effort either on his part or theirs overcome that first alienation.

This sensitiveness has both its good and bad sides. It makes friendship that most precious thing in the world to him, and he finds that he arrives at a much richer and wider intimacy with his friends than do ordinary men with their light, surface friendships, based on good fellowship or the convenience of the moment. But on the other hand this sensitiveness absolutely unfits him for business and the practice of a profession, where one must be "all things to all men," and the professional manner is indispensable to success. For here, where he has to meet a constant stream of men of all sorts and conditions, his sensitiveness to these first impressions will make his case hopeless. Except with those few who by some secret sympathy will seem to respond, his deformity will stand like a huge barrier between his personality and other men's. The magical good fortune of attractive personal appearance makes its way almost without effort in the world, breaking down all sorts of walls of disapproval and lack of interest. Even the homely person can attract by personal charm. But deformity cannot even be charming.

The doors of the deformed man are always locked, and the key is on the outside. He may have treasures of charm inside, but they will never be revealed unless the person outside cooperates with him in unlocking the door. A friend becomes, to a much greater degree than with the ordinary man, the indispensable means of discovering one's own personality. One only exists, so to speak, with friends. It is easy to see how hopelessly such a sensitiveness incapacitates a man for business, professional, or social life, where the hasty and superficial impression is everything, and disaster is the fate of the man who has not all the treasures of his personality in the front window, where they can be readily inspected and appraised.

It thus takes the deformed man a long time to get adjusted to his world. Childhood is perhaps the hardest time of all. As a child he is a strange creature in a strange land. It was my own fate to be just strong enough to play about with the other boys, and attempt all their games and "stunts" without being strong enough actually to succeed in any of them. It never used to occur to me that my failures and lack of skill were due to circumstances beyond my control, but I would always impute them, in consequence of my rigid Calvinistic bringing-up, I suppose, to some moral weakness of my own. I suffered tortures in trying to learn to skate, to climb trees, to play ball, to conform in general to the ways of the world. I never resigned myself to the inevitable, but overexerted myself constantly in a grim determination to succeed. I was good at my lessons, and through timidity rather than priggishness, I hope, a very well-behaved boy at school; I was devoted, too, to music, and learned to play the piano pretty well. But I despised my reputation for excellence in these things, and instead of adapting myself philosophically to the situation, I strove (and have been striving ever since) to do the things I could not.

As I look back now it seems perfectly natural that I should have followed the standards of the crowd, and loathed my high marks in lessons and deportment, and the concerts to which I was sent by my aunt, and the exhibitions of my musical skill that I had to give before admiring ladies. Whether or not such an experience is typical of handicapped children, there is tragedy there for those situated as I was. For had I been a little weaker physically, I should have been thrown back on reading omnivorously and cultivating my music, with some possible results; while if I had been a little stronger, I could have participated in the play on an equal footing with the rest. As it was, I simply tantalized myself, and grew up with a deepening sense of failure, and a lack of pride in what I really excelled at.

When the world become one of dances and parties and social evenings and boy-and-girl attachments ­ the world of youth ­ I was to find myself still less adapted to it. And this was the harder to bear because I was naturally sociable, and all these things appealed tremendously to me. This world of admiration and gaiety and smiles and favors and quick interest and companionship, however, is only for the well-begotten and the debonair. It was not through any cruelty or dislike, I think, that I was refused admittance; indeed they were always very kind about inviting me. But it was more as if a ragged urchin had been asked to come and look through the window at the light and warmth of a glittering party; I was truly in the world, but not of the world. Indeed there were times when one would almost prefer conscious cruelty to this silent, unconscious, gentle oblivion. And this is the tragedy, I suppose, not only of the deformed, but of all the ill-favored and unattractive to a greater or less degree. The world of youth is a world of so many conventions, and the abnormal in any direction is so glaringly and hideously abnormal.

Although it took me a long time to understand this, and I continue to attribute my failure mostly to my own character, trying hard to compensate for my physical deficiencies by skill and cleverness, I suffered comparatively few pangs, and got much better adjusted to this world than to the other, For I was older, and I had acquired a lively interest in all the social politics; I would get so interested in watching how people behaved, and in sizing them up, that only at rare intervals would I remember that I was really having no hand in the game. This interest just in the ways people are human has become more and more a positive advantage in my life, and has kept sweet many a situation that might easily have cost me a pang. Not that a person with my disabilities should be a sort of detective, evil-mindedly using his social opportunities for spying out and analyzing his friends' foibles, but that, if he does acquire an interest in people quite apart from their relation to him, he may go into society with an easy conscience and a certainty that he will be entertained and possibly entertaining, even though he cuts a poor enough social figure. He must simply not expect too much.

(Source: First published anonymously as "The Handicapped -- By One of Them" in The Atlantic Monthly, 1911; revised and collected in Youth and Life, 1913.)

1911
The Handicapped--By One of Them — Publication.

Image Gallery of The Handicapped--By One of Them