Mine Eyes Have Seen the Glory

: At the age of 17 she became a full time organizer for the IWW, and was consequently arrested 10 times. Although she was never convicted of any criminal activity, she was forced to leave the IWW in 1916 because of internal conflicts. In 1920 she helped found the American Civil Liberties Union, and began actively supporting Sacco and Vanzetti... (From: Spartacus Educational Bio.)
• "Defense of our civil liberties; for political prisoners; fighting against raids, wholesale arrests, and deportations of thousands of foreign-born workers â€“ these were the big issues of 1918 and 1919. The boss class was terrified by the great Russian Revolution." (From: Mine Eyes Have Seen the Glory, 1939.)
• "'The right to assemble; the right to speak' written in dead words in the Bill of Rights was written in live deeds by the people all over the United States." (From: Mine Eyes Have Seen the Glory, 1939.)
• "...how they inspired us, how we revered them. French Communards, Russian revolutionists escaped from Siberia, Germans driven out by Bismarck, Garibaldians in their red shirts, Irish, Polish exiles. Oldtime Americans marching, telling of Haymarket, Homestead, Pullman. Men who knew Marx, Engels, Silvis, Parsons â€“ patriarchs and prophets to us." (From: Mine Eyes Have Seen the Glory, 1939.)

Mine Eyes Have Seen the Glory 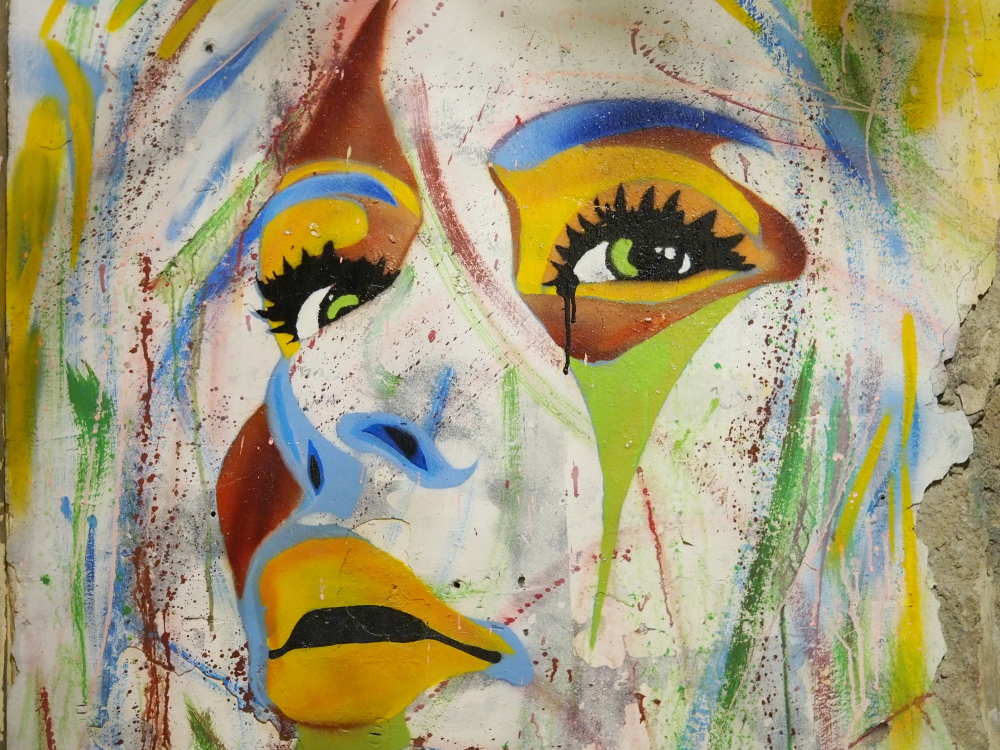 Thirty-three May Days have come and gone since my activities in the American labor movement began. In memory I view them – an endless procession of red banners, flying high and wide, in the eager hands of marching, cheering, singing workers. Banners of local unions and AFL central labor councils; three-starred IWW banners; banners of Amalgamated, of International Ladies Garment Workers, furriers, pioneers of unionism for the “immigrants and revolutionists"; banners of craft unions, independent unions, industrial unions, and at lone last the CIO. Many were tasseled banners, sold and black, silver and blue, with the names, numbers and places beautifully embroidered; clean, unwrinkled banners, preciously guarded in locked glass cases in dingy halls, throughout the year – liberated to fly proudly on May Day. Then the “people’s flag of deepest red” – the banners of the Socialist Labor Party, Socialist Party, Communist Labor party, Workers Party, and finally the Communist Party of the United States – inheritor of all the best militant traditions; banners bearing the arm and hammer; clasped hands; arm and torch; hammer and sickle-insignia of revolutionary labor. Pictures of great leaders carried aloft – Marx, Engels, Lenin, Debs, Haywood, Ruthenberg! Dead martyrs of labor, crape-draped – pictures of Liebknecht, Luxemburg, Sacco and Vanzetti, Frank Little, Matteotti! Placards for prisoners of labor, Mooney, Billings, McNamara! Veterans marching, slowly but gallantly, in the first decade of the new century – how they inspired us, how we revered them. French Communards, Russian revolutionists escaped from Siberia, Germans driven out by Bismarck, Garibaldians in their red shirts, Irish, Polish exiles. Oldtime Americans marching, telling of Haymarket, Homestead, Pullman. Men who knew Marx, Engels, Silvis, Parsons – patriarchs and prophets to us.

The hope of the 1905 Russian Revolution, overthrowing the cruel autocracy of the czar, was in the first May Day I knew. Later we mourned, somberly marching from Rutgers Square through an East Side of poverty to Union Square. We commemorated “Bloody Sunday", named for murdered workers whose blood dyed the snow before the Palace – tragic prelude of hard-learned, bitter lessons for a successful revolution and the birth of socialism, twelve years later.

Every year May Day was signalized by rulers’ fears: fear of general strikes, of political revolt, of workers’ uprisings, of unforeseen swift action by the amused workers assembled by the thousands. “Workers of the world, unite!” rang out on May Day. Monarchs, premiers, capitalists, and police chiefs slept easier when it was over for another year. Their fears were not unfounded. With the spontaneous outpouring of workers from factories, shops, and mills, there flowed a sense of power in the workers, a will to “shake your chains to earth like dew” – of confidence that “We are many, they are few!” Streets and public squares were possessed by the people. Red Squares, baptized in the sacred blood of workers – “Haymarket in Chicago, Union Square in New York, City Hall Square in Philadelphia and Cleveland, sandlots in Patterson and San Francisco, Commons in Boston and Lawrence, Plazas in Tampa and Los Angeles, street corners, conquered by workers in Missoula, Spokane, Denver, Fresno, Bismarck, Portland, San Diego, Pittsburgh, and Scranton. “The right to assemble; the right to speak” written in dead words in the Bill of Rights was written in live deeds by the people all over the United States.

Where have I been on May Day? Once it was Newark, N. J. James Connolly, leader of the Irish Easter rebellion in 1916, and I spoke from an old wagon in Washington Park. He was a poor and struggling worker, sad and serious. His daughter told me how, years later in Ireland, he smiled and sang a little song Easter morning, 1916, when he went out to die for his country’s right to be free.

Political issues were raised, labor demands put forward every May Day. “Free Moyer, Haywood, and Pettibone!” (then in jail in Boise, Idaho), the clarion call of marching millions rang through the country. Connolly also spoke in Italian, to the amazement of many. Foreign languages were far more necessary than for this more homogeneous generation. Many languages I have heard on May Day – but, unlike the Tower of Babel, bringing common understanding out of chaos, brotherhood out of old-world conflicts – Russian, German, Polish, Italian, French, Finnish, Greek, Armenian, Syrian, Jewish, Spanish, Belgian, Turkish, Swedish, Hungarian, Austrian, Czech, Serbian, Lithuanian, Ukrainin – English, the warp plying through the woof of many different strains – singing, singing languages; guttural languages, soft languages, slow languiages, swift languages – mother tongues of centuries flowing into, the loom of America –

Another year I was in Duluth, Minn. The cold, clear sunshine of May 1 dawned over the blue-green waters of the great inland sea – Lake Superior. The narrow city, squeezed between the shore and the hills, echoed to the caulked, spiked boots of the lumberjacks; the: iron-miners gathered on the Mesabe Range. Americans, Swedes, Finns, Norwegians, Italians, hewers of wood, ore diggers, manning the boats on the treacherous lakes, building fortunes for the steel truse – beginning to fight for themselves.

Later I was in Butte, Mont. – city of copper, where pennies were outlawed. Minors Union No. 1 – Western Federation of Miners – was Irish and young. The cemetery on “the flats” held the older men, cut down by miners’ TB. In 1909 it was bleak black city. The fumes from the smelters killed every tree and blade of grass for miles around. Not a speck of green to gladden Irish eyes was anywhere. Terrible accidents killed dozens of men at a time. This wild and lawless city, built on copper and blood, was the birthplace of that great union of the hard-ore miners, the WFM. The Mine, Mill, and Smeltermens Union of the CIO is the logical successor to the fighting federation of yesterday. The seeds sown on those May Days of yesteryear were not scattered or lost. They have grown and bear sturdy fruit.

In 1912, I was in Lawrence and Lowell, Mass. on May Day. Textile workers, twenty-five different nationalities speaking forty-five different dialects, celebrated their victories after the fierce strikes of the preceding winter. Banners demanded the freedom of the imprisoned leaders, Ettor and Giovannitti. After the parades came the dancing, the different sorts of music – yellow-haired Northern girls dancing in raven-haired Italians – the laughter and gaiety of one race trying to learn the songs, the dances of another. I can see Big Bill Haywood in the Syrian Hall in Lawrence surrounded by workers. Smoking their strange pipe, which stood on the floor, the smoke cooled through a fancy water bowl, decorated in spring flowers in honor of Bill.

May Day, 1913, was in the midst of the Paterson silk strike. Jack Reed taught the strikers many grand songs, old French revolutionary airs and English labor songs, Solidarity Forever – the Red Flag – the Carmagnole. The bosses were trying the now hackneyed “Back to work under the American flag” gag. The strikers carried high on May Day their singing retort, “We refuse to scab under the flag!"

In 1914 I spent May Day in the far South, speaking in a Tampa, Fla, public park. Spanish, Cuban, Mexican cigarmakers were there; many natives too. They were familiar with the textile strikes and expressed great sympathy for the victims of “Yankee greed.” Little did we realize how soon the textile barons would run away South and precipitate similar bloody conflicts not so far away.

The next day they took me through a cigar factory in Ybor City, where a reader was perched up an a pulpit-like stand, entertaining the workers as they handrolled the fine cigars. He was reading Margaret Sanger’s pamphlet on birth control. This was the only time in my life I was allowed to address workers inside of a factory!

In 1916 I spent May Day among the coal miners in the Anthracite region around Scranton. But by 1917 I was clear across the continent in Seattle, Wash. The Everett massacre of the IWW men had occurred nearby in December. The survivors were in jail. The trial of Tom Tracey in Seattle was still in progress on May Day. There were six women members of the jury. We considered it a good augury when they decorated the courtroom in green boughs on May Day. A few days later Tracey was acquitted.

Defense of our civil liberties; for political prisoners; fighting against raids, wholesale arrests, and deportations of thousands of foreign-born workers – these were the big issues of 1918 and 1919. The boss class was terrified by the great Russian Revolution. By 1920 the World War veterans were in their places in May Day parades, in service uniforms, with gold-star flags.

In 1924 I spoke seven times on May Day, for Sacco and Vanzetti. I returned to a textile town on May Day, 1926, to celebrate with the Passaic strikers.

After that a long period of illness, when I read longingly of May Day parades and heard in memory the songs, the cheers, the music of bands and marching feet. I thought I had seen May Days, but nothing excelled in fact or memory the May Day of 1937, when I returned to New York City. Now we marched on the West Side; and the Irish bagpipes joined the music makers. Now the James Connolly Club and the unions of Irish workers paraded. I waited long to see the happy day the Irish were not all in the ranks of the police, Irish on the marching side, shamrocks, harps, Irish songs, Kevin Barry, Soldiers of Erin – Jim Connolly, I wish you were alive to see that grand sight!

Last year I spoke to the Amalgamated and at a big park gathering in Pittsburgh; in the Steel Workers Organizing Committee Hall at McKeesport, to the miners in California, Pa. This year I’m off to southern Illinois, among the miners there. I ask you, could a person want happier, more colorful, more adventuresome, and inspiring May Days than I have had? East and West, North and South, “mine eyes have seen the glory” of labor’s coming of age in America. “I expect to live to see socialism in my country,” in the memorable words of Lenin. That will be the best May Day of all!

1939
Mine Eyes Have Seen the Glory — Publication.

Image Gallery of Mine Eyes Have Seen the Glory