Nationalism and the Road to Happiness for the Chinese

Chinese Anarchist Writer and Critic of the Chinese Communist Party

: Ba Jin, one of the main figures of twentieth century Chinese literature, died in Shanghai on the 17th of October 2005. He was also a survivor of the Chinese anarchist movement which disappeared with the victory of the Communists. While he was required to 'repent', and purged and humiliated during the Cultural Revolution, he never embraced any other ideal. (From: Kate Sharpley Library.)
• "...the state relies on the system of private property to survive. So once we abandon private property we will easily overthrow the state." (From: "Nationalism and the Road to Happiness for the Chi....)
• "... nobody can depict the 'cowshed' prison as a paradise, nor depict inhuman massacre as a 'Great Proletarian Revolution.'" (From: "A Museum of the 'Cultural Revolution,'" by Ba Jin....)
• "What horror! So much for the benefits that the State has brought us. Arrogating to themselves the resources that are the common wealth of our planet, the capitalists grind us into a poverty that denies us the right to live. Not that the State punishes them for it: worse still, it protects them through a battery of laws." (From: "How Are We To Establish A Truly Free And Egalitar....)

Nationalism and the Road to Happiness for the Chinese 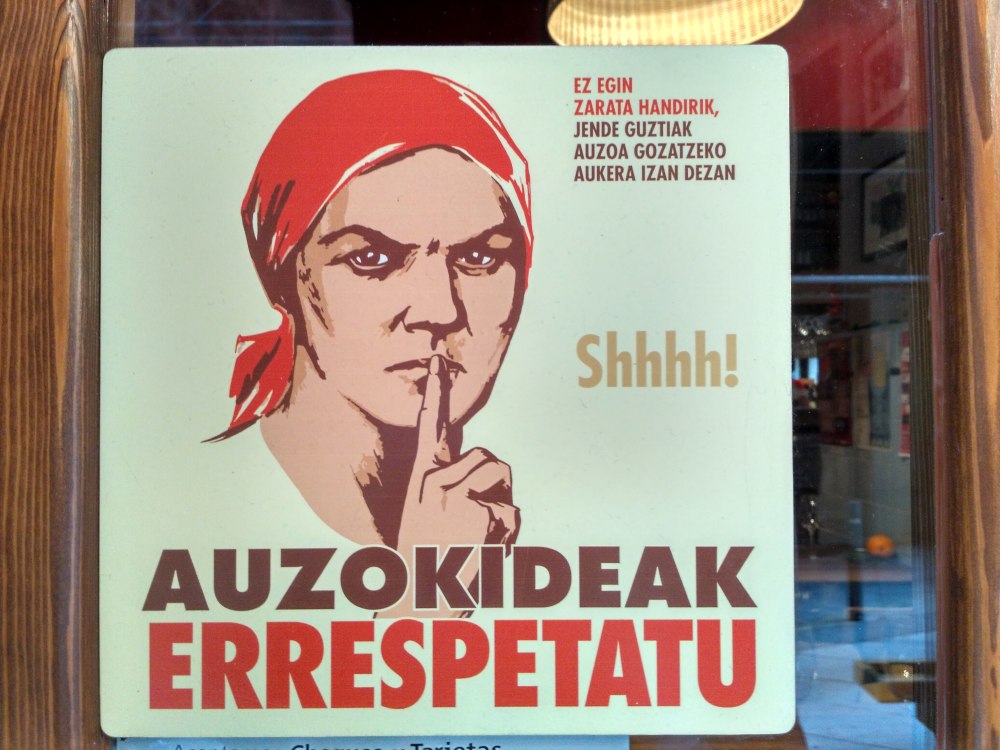 Chinese society is at the darkest stage now. Under such circumstances, young people become impotent and weak without the power to resist corruption. Even the brave ones can only keep quiet and submit to fate. When it is really unbearable, suicide is the only way out. China is paralyzed; where can we find happiness? Some conscious youth believe that the only way to improve China’s current situation is to promote “nationalism,” and identify “nationalism” as the only road to happiness for the Chinese. Voices of “nationalism” have spread all over the nation. I shudder at such a thought. “Nationalism” is in fact the obstacle to human progress. Being a member of this society, I cannot accept nationalism against my conscience. I have to argue against nationalism and demonstrate the real road to happiness for the Chinese. My words are sincere and I wish to receive sympathy from people who refuse to ignore their conscience.

What is nationalism? Tolstoy says, “Nationalism is the site of execution. What it practices is the art of killing; what it discusses is the ways of killing. It has nothing to do with the real life of the masses.” It may sound ridiculous, but it captures well the essence of “nationalism.” Except for cold-blooded militarists and politicians, all human beings hate war. The origin of war is often found in the “love for one’s nation.” If human beings love each other and work together happily, there can be no war. After the birth of the nation during the “era of animalistic desire,” “nationalism” emerged, whose cause and purpose were all about selfishness and greed. For example, when one state wants to expand its territory, it sacrifices its people to invade other nations to fulfill its animalistic desire. If it wins, only those militarists and politicians can enjoy the fruit of success. If it is defeated, people have to suffer from supporting military expenses. Does it benefit the masses? Poor masses, do they realize that nationalism is the weapon that kills their beloved fathers, sisters and brothers? One example proves that “nationalism” is a monster of killing: in the late 19th century, the German state promoted nationalist sentiment and introduced the conscription system. All adult males had to serve in the army; even scholars and monks had to follow the orders of militarists and politicians to kill civilians. When they were ordered to smash workers’ strikes, they even had to kill their own relatives who took part in the strikes. If this is not an example of cruelty, I do not know anything in the world that can be crueler.

My argument against nationalism is that the development of nationalism will not bring the Chinese to happiness, but to misery. There is only one path to happiness and we can only get there by overthrowing the following systems:

1. The state: the state is an organization of authority which protects law, murders us by taking away our right of livelihood, insults us, and helps the capitalists plunder the poor. The state creates law to restrict our freedom; it forces us to fight against our peace-loving nature; it encourages us to compete with people of other nations while we are supposed to help each other. The state always acts against our nature; it has never done anything to benefit us. Moreover, the state is the origin of nationalism. We have to overthrow the state if we are to seek happiness.

3. Religion: religion confines people’s minds and hinders human progress. Religion teaches us to believe in superstition while we should search for the truth; religion encourages us to be conservative while we should act progressively. The Christians say, “God is almighty; God is truth, justice, goodness, beauty, power, and life while Man is deceit, injustice, sin, ugliness, powerlessness, and death. God is the master and Man the slave. Man can never find justice and truth by himself; eternity is given by God’s power. God creates the world and sends kings and officials to represent him. So the people should also become the slaves of our kings and officials.” (This is what Charles I of Britain meant by the “divine right of kings.”) This is the essence of Christianity. The powerful Christianity exemplifies other religions. Bakunin is right to say that if there is a real God, we should destroy him. Let us try!

The above systems are our enemies. We must overthrow them in order to find our way to happiness. After we eliminate them, we will redistribute wealth, give people the autonomy to organize and help one another. To each according to his ability, to each according to his need. The individual seeks to benefit society; society seeks to protect the individual. Is this not happiness? But to achieve happiness costs us enormous blood. Bakunin has said, “Revolution is the most exciting and enjoyable endeavor! Would you rather linger on in your life by curling under the evil power, or honestly risk your life fighting against the devil with no turning back!” How exciting and courageous! I hope our friends will join us with fiery spirit to fulfill the most exiting and the most enjoyable endeavor of revolution. Let us march together to the road of happiness!

(Source: Originally published in Awakening the People, No. 1, September 1921.)

September, 1921
Nationalism and the Road to Happiness for the Chinese — Publication.