Politics and the State

: The originality of his ideas, the imagery and vehemence of his eloquence, his untiring zeal in propagandism, helped too by the natural majesty of his person and by a powerful vitality, gave Bakunin access to all the socialistic revolutionary groups, and his efforts left deep traces everywhere... (From: The Torch of Anarchy.)
• "Individual liberty - not privileged liberty but human liberty, and the real potential of individuals - will only be able to enjoy full expansion in a regime of complete equality. When there exists an equality of origins for all men on this earth then, and only then ... will one be able to say, with more reason than one can today, that every individual is a self-made man." (From: "Essay from Egalite August 14, 1869," by Mikhail B....)
• "What is permitted to the State is forbidden to the individual. Such is the maxim of all governments." (From: "The Immorality of the State," by Mikhail Bakunin.)
• "You taunt us with disbelieving in God. We charge you with believing in him. We do not condemn you for this. We do not even indict you. We pity you. For the time of illusions is past. We cannot be deceived any longer." (From: "God or Labor: The Two Camps," by Mikhail Bakunin,....)

Politics and the State

POLITICS AND THE STATE 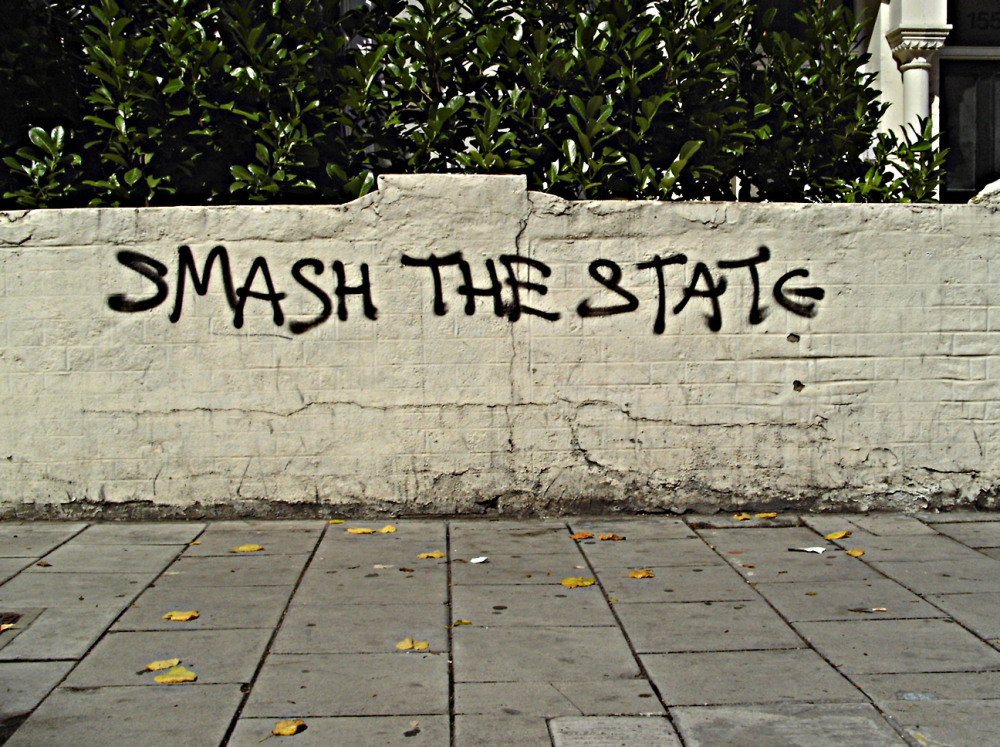 We have repelled energetically every alliance with bourgeois politics, even of the most radical nature. It has been pretended, foolishly and slanderously, that we repudiated all such Political connivance because we were indifferent to the great question of Liberty, and considered only the economic or material side of the problem. It has been declared that, consequently, we placed ourselves in the ranks of the reaction. A German delegate at the Congress of Basle gave classic expression to this view, when he dared to state that, who ever did not recognize, with the German Socialists Democracy, "that the conquest of political rights (power) was the preliminary condition of social emancipation," was, consciously or unconsciously an ally, of the Ceasars!

These critics greatly deceive themselves and, "consciously or unconsciously," endeavor to deceive the public concerning us. We love liberty much more than they do. We love it to the point of wishing it complete and entire. We wish the reality and not the fiction. Hence we repel every bourgeois alliance, since we are convinced that all liberty conquered by the aid of the bourgeoisie, their political means and weapons, or by an alliance with their political dupes, will prove profitable for Messrs. the bourgeois, but never anything more than a fiction for the workers.

Messrs. the bourgeois of all parties, including the most advanced, however cosmopolitan they are, when it is a question of gaining money by a more and more extensive exploitation of the labor of the people, are all equally fervent and fanatical in their patriotic attachment to the state. Patriotism is in reality, nothing but the passion for and cult of the national State, as M. Thiers, the very illustrious assassin of the parisian proletariat, and the present savior of France, has said recently. But whoever says "State" says domination; and whoever says "domination" says exploitation. Which proves that the popular or "folk's" State, now become aud unhappily remaining today the catchword of the German Socialist Democracy, is a ridiculous contradiction, a fiction, a falsehood, unconscious on the part of those who extoll it, doubtlessly, but, for the proletariat, a very dangerous trap.

The State, however popular may be the form it assumes, will always be an institution of domination and exploitation, and consequently a permanent source of poverty and enslavement for the populace. There is no other way, then, of emancipating the people economically and politically, of giving them liberty and well-being at one and the same time than by abolishing the State, all States, and, by so doing, killing, once and for all time, what, up to now, has been called "Politics," i e., precisely nothing else than the functioning or manifestation both internal and external of State action, that is to say, the practice, or art and science of dominating and exploiting the masses in favor of the privileged classes.

It is not true then to say that we treat politics abstractly. We make no abstraction of it, since we wish positively to kill it. And here is the essential point upon which we separate ourselves absolutely from politicians and radical bourgeois Socialists (now functioning as social or radical democracy which is only a facade for capitalistic democracy,). Their policy consists in the transformation of State politics, their use and reform. Our policy, the only policy we admit, consists in the total abolition of the State, and of politics, which is its necessary manifestation.

It is only because we wish frankly to this abolition of the State that we believe that we have the right to call ourselves Internationalists and Revolutionary Socialists; for whoever wishes to deal with politics otherwise than how we do; whoever does not, like us, wish the total abolition of politics, must necessarily participate in the politics of a patriotic and bourgeois State. In other words, he renounces, by that very fact, in the name of his great or little national State, the human solidarity of all peoples, as well as the economic and social emancipation of the masses at home.

1871
Politics and the State — Publication.

Image Gallery of Politics and the State