: Growing up in the era of traditional proletarian socialism, with its working-class insurrections and struggles against classical fascism, as an adult he helped start the ecology movement, embraced the feminist movement as antihierarchical, and developed his own democratic, communalist politics. (From: Anarchy Archives.)
• "...anarchism is above all antihierarchical rather than simply individualistic; it seeks to remove the domination of human by human, not only the abolition of the state and exploitation by ruling economic classes." (From: "The Ghost of Anarcho-Syndicalism," by Murray Book....)
• "...the extraordinary achievements of the Spanish workers and peasants in the revolution of 1936, many of which were unmatched by any previous revolution." (From: "The Ghost of Anarcho-Syndicalism," by Murray Book....)
• "...real growth occurs exactly when people have different views and confront each other in order to creatively arrive at more advanced levels of truth -- not adopt a low common denominator of ideas that is 'acceptable' to everyone but actually satisfies no one in the long run. Truth is achieved through dialogue and, yes, harsh disputes -- not by a deadening homogeneity and a bleak silence that ultimately turns bland 'ideas' into rigid dogmas." (From: "The Crisis in the Ecology Movement," by Murray Bo....)

This article appears in Anarchy Archives with the permission of the author. 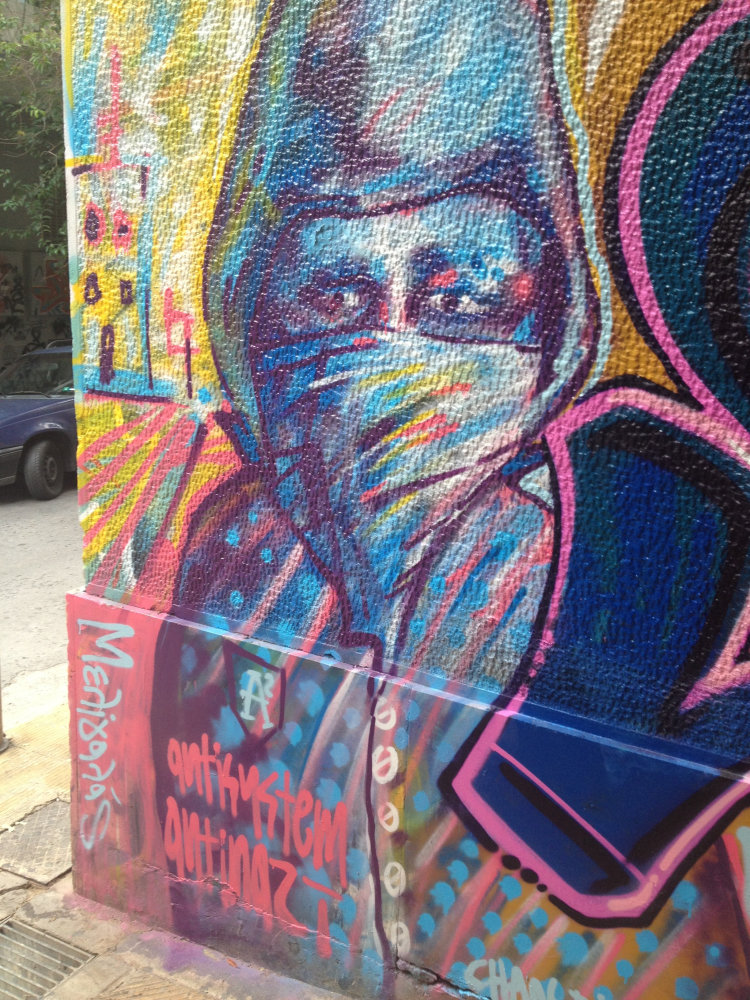 A new American politics is definitely needed today. The problem we face is what kind? If the goal of "independent political action" is to gain "power," to "function effectively" as a means to "lobby" or "resolve" specific issues of practical importance, I have no doubt that the supporters of Jesse Jackson and his "Rainbow Coalition" have a workable formula. They are engaged in electoral politics with a vengeance. They have a charismatic leader, a corps of elite public figures, a semi-bureaucratic organization, a growing "following" of "masses," many of whom seem to be following their leaders with almost unswerving obedience. The program of this coalition is pragmatic, vague, and sometimes contradictory. The coalition's future-unless it splinters into independent grassroots tendencies-will be determined largely by the media attention its leaders, particularly Jackson, attracts.

This is the oldtime electoral politics of the New Deal era with a slightly heightened shrill of "progressive" rhetoric. It is a politics based not on educating people but on mobilizing them, nor on creating an active public sphere but on electing candidates. That Jackson has mobilized millions of people may be proof that it can "work," not that his "constituencies" are more informed, politically knowledgeable, and more capable of acting independently on their own in order to develop a creative, fluid, and truly popular politics. And this kind of politics is not only electoral in character, it is party politics. People who are mobilized by charismatic leaders, centralized institutions, and power-oriented political structures remain masses, not independently minded citizens. Mobilization, like voting, becomes routine. Ordinary people become passive and inactive; institutions become bureaucratic and centralistic (usually in the name of " efficiency" and "pragmatism"). Politicians become professionalized and are guided by career interests rather than principles.

But there is another kind of politics that we often ignore in the name of "electoral politics" or "independent political action" This type of politics includes extraparliamentary forms like peace and antinuclear groups, food cooperatives, communes, affinity groups, feminist, ethnic and religious organizations. It is an organic politics that is based on grassroots education, not mass mobilization. The power it primarily seeks is empowerment of citizens rather than the election of officials -- citizens who can freely associate and mutually support each other with a view toward re-empowering the public as a whole. It seeks to create a body politic and a meaningful public opinion oriented toward a broad vision of social change and public involvement in the problems of our time. Such a politics is institutionalized not around a party structure, but genuine popular forms like neighborhood councils and assemblies, town meetings, local associations and citizens' initiative groups, as well as the countercultural forms that remain from the sixties. Coalitions of this kind are ongoing forums for enlightening people as well as politically activating them. This kind of politics represents the only real break we can make with the long, dismal history of failures and betrayals that mark so many earnest efforts for "independent political action."

Let me emphasize that these failures and betrayals are by no means cushioned by the successes of Sanders in Burlington, Vermont, or by the Greens in Germany. Mayor Sanders has virtually frozen political life in Burlington and, whether well-meaning or not, has siphoned into an opportunistic politics the ferment, creativity, and fluidity that preceded his own ascent to power. "Socialism" in Burlington has proven that it can be more "efficient," "growth oriented" and "economical" than the Chittenden Trust Company or the Vermont National Bank. It is singularly lacking in educational value, programmatic focus, and genuine grassroots activity -- Sanders did not create the Neighborhood Planning assemblies in the city, his major claim to some kind of "participatory government."

The German Greens, in turn, provide at once a striking example of the success and political vitality a truly grassroots movement can achieve and the tensions created as a result of tendencies within the movement seeking to turn it into a relatively conventional political party. Electoral success without sufficient education within its own ranks has made, the Greens a combative arena. At one end of the spectrum are professional politicians who are tempted by dubious electoral coalitions with the Social Democrats, a more bureaucratized party structure, and greater centralization, at odds with people who are still committed to the Green political ideal of a " nonparty party," participatory democracy, and a creative vision of, political and social change in Germany.

We have a chance in New England to form a movement that could influence the entire country if only we exhibit the willingness to create an inspiring example. Let us pick up our own American libertarian traditions -- particularly Yankee notions of local democracy, mistrust of strong government, citizens' initiatives, self-sufficiency, mutual aid, and respect for individual rights. Admittedly, these notions are often more mythic than real. But they exercise a power over the American mind that is far more meaningful than radical ideals our immigrant forebears brought from semi-feudal Europe with its emphasis on a non-waning labor movement, parties, semi-militaristic beliefs in centralized political control and a reverence for "mass mobilization." The popular utopian dimension of the American Revolution still lives in a constitutional respect for individual rights that is becoming increasingly intolerable to a corporate, cybernetic, and global economy. We have radical libertarian, populist traditions of our own that are more meaningful to the American people at large than the European radical traditions that have been declining in Europe itself over the past few decades. Our libertarian traditions, stripped of their egoistic and proprietarian features, are worth preserving in themselves, not as a means to achieve more exotic radical ends.

I have no illusions about the realities of our time. Very little can be done before the November elections, when the "dump Reagan" syndrome-exhausts itself. If a Rainbow Coalition emerges with Jackson as its spokesman, we will be back to ground-zero with mobilization, power, national electoral activity, and political professionalism as its goal. Just as Sanders has frozen political life in Burlington, so such a coalition might well freeze political life in the United States. Even if Jackson ceases to head such a coalition because of his proclivity to function within the Democratic Party, electoral politics and a program structured entirely around single issues and immediate pragmatic interests will be as irrelevant in the long run as other "independent" movements have been historically. We are far too susceptible to a "politics of lesser evils," with the grim results that our agenda and programs are determined by our opponents rather than by our visions of a good society. Worse, each lesser evil is usually succeeded by a worse evil so that we finally end with the worst possible evils of all. This kind of "lesser evil" politics brought Nazism to power in the 1930s when the Socialists, supporting one lesser evil to avoid an even greater evil threw their votes to Hindenberg as Germany's President in order to avoid Hitler. Hindenberg, elected Reich President with strong Socialist support, appointed Hitler Reich Chancellor a year later. The rest is history.

If we develop a genuine citizens' politics, avowedly populist in character and libertarian in structure -- particularly in a region congenial to a politics of this kind -- we may yet be able to set an example that will influence the country as a whole. The corporate and cybernetic era that looms before us is the most awesome "megatrend" of the coming decades. To put it bluntly if we do not recover a tradition that can resist this era, go beyond it, and do so in a manner that the American people can understand -- we will indeed "blow it." And in a thermonuclear age, I do not use this colloquialism metaphorically. I use it literally -- with all its implications for the future of the planet.

Murray Bookchin is an author, teacher, lecturer and community activist who lives in Burlington, Vermont.

For additional copies and further information, please write to: