: She is an Anarchist, pure and simple. She represents the idea of Anarchism as framed by Josiah Warren, Proudhon, Bakunin, Kropotkin, Tolstoy. Yet she also understands the psychologic causes which induce a Caserio, a Vaillant, a Bresci, a Berkman, or a Czolgosz to commit deeds of violence. (From: Hippolyte Havel Bio.)
• "Patriotism is inexorable and, like all insatiable monsters, demands all or nothing. It does not admit that a soldier is also a human being, who has a right to his own feelings and opinions, his own inclinations and ideas." (From: Patriotism, A Menace to Liberty," by Emma Goldman,....)
• "Man's greatest battles have been waged against man-made obstacles and artificial handicaps imposed upon him to paralyze his growth and development. Human thought has always been falsified by tradition and custom, and perverted false education in the interests of those who held power and enjoyed privileges." (From: "The Place of the Individual in Society," by Emma ....)
• "...slavery of any kind, compulsion under any form, must break down, and from which freedom, full and unlimited freedom, for all and from all must come." (From: "Anarchy Defended By Anarchists," by Emma Goldman ....) 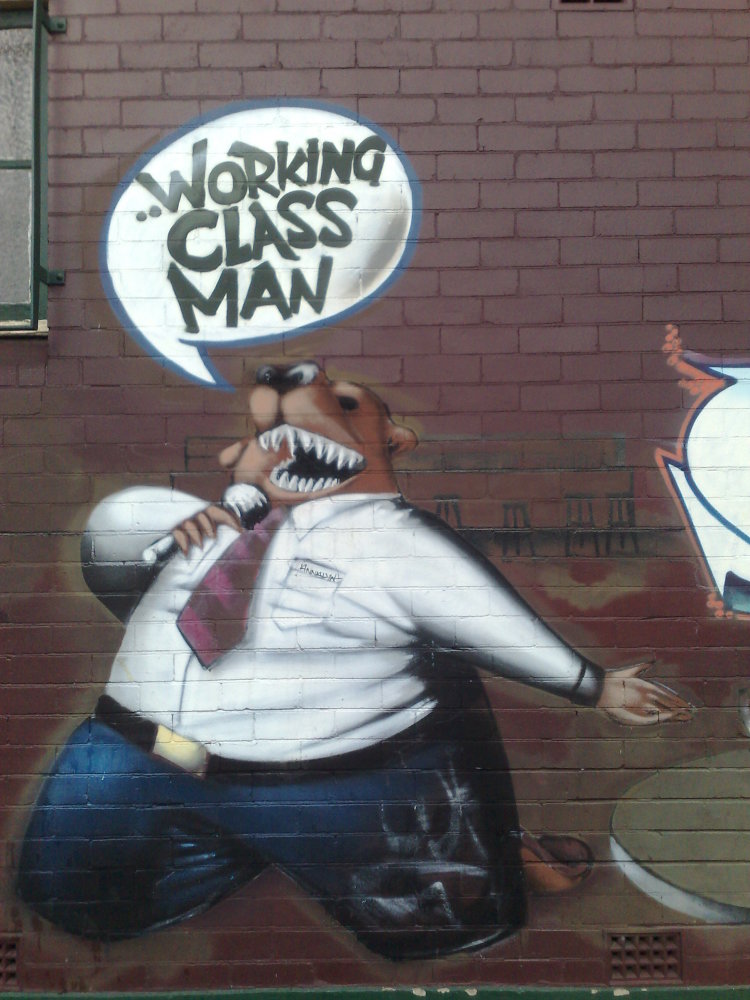 The numerous tributes paid to the late President of the American Federation of Labor, emphasized his great leadership. "Gompers was a leader of men," they said. One would have expected that the disaster brought upon the world by leadership would have proven that to be a leader of men is far from a virtue. Rather is it a vise for which those who are being led are usually made to pay very heavily.

The last fifteen years are replete with examples of what the leaders of men have done to the peoples of the world. The Lenins, Clemenceaus, the Lloyd Georges and Wilson, have all posed as great leaders. Yet they have brought misery, destruction and death. They have led the masses away from the promised goal.

Pious Communists will no doubt consider it heresy to speak of Lenin in the same breath with the other statesmen, diplomats and generals who have led the people to slaughter and half of the world to ruin. To be sure, Lenin was the greatest of them all. He at least had a new vision, he had daring, he faced fire and death, which is more than can be said for the others. Yet it remains a tragic fact that even Lenin brought havoc to Russia. It was his leadership which emasculated the Russian revolution and stifled the aspirations of the Russian people.

Gompers was far from being a Lenin, but in his small way his leadership has done a great harm to the American workers. One has but to examine into the nature of the American Federation of Labor, over which Mr. Gompers lorded for so many years, to see the evil results of leadership. It cannot be denied that the late President raised the organization to some power and material improvement, but at the same time, he prevented the growth and development of the membership towards a higher aim or purpose. In all these years of its existence the A. F. of L. has not gone beyond its craft interests. Neither has it grasped the social abyss which separates labor from its masters, an abyss which can never be bridged by the struggle for mere immediate material gains. That does not mean, however, that I am opposed to the fight labor is waging for a higher standard of living and saner conditions of work. But I do mean to stress that without an ultimate goal of complete industrial and social emancipation, labor will achieve only as much as is in keeping with the interests of the privileged class, hence remain dependent always upon that class.

Samuel Gompers was no fool, he knew the causes underlying the social struggle, yet he set his face sternly against them. He was content to create an aristocracy of labor, a trade union trust, as it were, indifferent to the needs of the rest of the workers outside of the organization. Above all, Gompers would have none of a liberating social idea. The result is that after forty years of Gompers' leadership the A. F. of L. has really remained stationary, without feeling for, or understanding of the changing factors surrounding it.

The workers who have developed a proletarian consciousness and fighting spirit are not in the A. F. of L. They are in the organization of the Industrial Workers of the World. The bitterest opponent of this heroic band of American proletarians was Samuel Gompers. But then, Mr. Gompers was inherently reactionary. This tendency asserted itself on more than one occasion in his career. Most flagrantly did his reactionary leanings come to the fore in the MacNamara case, the War and the Russian Revolution.

The story of the MacNamara case is very little known in Europe. Yet their story has played a significant part in the industrial warfare of the United States, the warfare between the Steel Trust, the Merchants' Manufacturers' Association, and the infamous Labor baiter, the Los Angeles Times, arrayed against the Iron Structural Union. The savage methods of the unholy trinity expressed themselves in a system of espionage, the employment of thugs for the purpose of slugging strikers with violence of every form, besides the use of the entire machinery of the American Government, which is always at the beck and call of American capitalism. This formidable conspiracy against labor, the Iron Structural Union, in defense of its existence fought desperately for a period of years.

J. J. and Jim MacNamara, being among the most ardent and unflinching members of the Union, consecrated their lives and took the most active part in the war against the forces of American industrialism and high finance until they were trapped by the despicable spies employed in the organization of William J. Burns, the infamous man hunter. With the MacNamaras were two other victims, Matthew A. Schmidt, one of the finest types of American proletarians, and David Caplan.

Samuel Gompers, as the President of the A. F. of L. could not have been unaware of the things these poor men were charged with. He stood by them as long as they were considered innocent. But when the two brothers, led by their desire to shield "the higher ups" admitted their acts, it was Gompers who turned from them and left them to their doom. The whitewash of the organization was more to him than his comrades, who had carried out the work in constant danger to their own lives, while Mr. Samuel Gompers enjoyed the safety and the glory as President of the A. F. of L. The four men were sacrificed. Jim MacNamara and Matthew A. Schmidt sent to life imprisonment, while J. J. MacNamara and David Caplan received fifteen and ten years respectively. The latter two have since been released, while the former are continuing a living death in St. Quentin Prison, California. And Samuel Gompers was buried with the highest honors by the class which hounded his comrades to their doom.

In the War, the late President of the A. F. of L., turned the entire organization over to those he had ostensibly fought all his life. Some of his friends insist that Gompers became obsessed by the War mania because the German Social Democrats had betrayed the spirit of Internationalism. As if two wrongs ever made a right! The fact is, that Gompers was never able to swim against the tide. Hence he made common cause with the war lords and delivered the membership of the A. F. of L., to be slaughtered in the War, which is now being recognized by many erstwhile ardent patriots, to have been a war not for democracy, but for conquest and power. The attitude of Samuel Gompers to the Russian Revolution, more than anything else, showed his dominant reactionary leanings. It is claimed for him that he had the "goods" on the Bolsheviki. Therefore he supported the blockade and intervention. That is absurd for two reasons: First, when Gompers began his campaign against Russia, he could not possibly have had any knowledge of the evil doings of Bolshevism. Russia was then cut off from the rest of the world. And no one knew exactly what was happening there. Secondly, the blockade and intervention struck down the Russian people, at the same time strengthening the power of the Communist State.

No, it was not his knowledge of the Bolsheviki which made Gompers go with the slayers of Russian women and children. It was his fear for and his hatred of, the Revolution itself. He was too steeped in the old ideas to grasp the gigantic events that had swept over Russia, the burning idealism of the people who had made the Revolution. He never took the slightest pains to differentiate between the Revolution and the machine set up to sidetrack its course. Most of us who now must stand out against the present rulers of Russia do so because we have learned to see the abyss between the Russian Revolution, the ideals of the people and the crushing dictatorship now in power. Gompers never realized that.

Well, Samuel Gompers is dead. It is to be hoped that his soul will not be marching on in the ranks of the A. F. of L. More and more the conditions in the United States are drawing the line rigidly between the classes. More and more it is becoming imperative for the workers to prepare themselves for the fundamental changes that are before them. They will have to acquire the knowledge and the will as well as the ability to reconstruct society along such economic and social lines that will prevent the repetition of the tragic debacle of the Russian Revolution. The masses everywhere will have to realize that leadership, whether by one man or a political group, must inevitably lead to disaster.

Not leadership, but the combined efforts of the workers and the cultural elements in society can successfully pave the way for new forms of life which shall guarantee freedom and well-being for all.