From Spectacle to Empowerment: Grass Roots Democracy and the Peace Process

: Growing up in the era of traditional proletarian socialism, with its working-class insurrections and struggles against classical fascism, as an adult he helped start the ecology movement, embraced the feminist movement as antihierarchical, and developed his own democratic, communalist politics. (From: Anarchy Archives.)
• "...the extraordinary achievements of the Spanish workers and peasants in the revolution of 1936, many of which were unmatched by any previous revolution." (From: "The Ghost of Anarcho-Syndicalism," by Murray Book....)
• "The social view of humanity, namely that of social ecology, focuses primarily on the historic emergence of hierarchy and the need to eliminate hierarchical relationships." (From: "The Crisis in the Ecology Movement," by Murray Bo....)
• "The historic opposition of anarchists to oppression of all kinds, be it that of serfs, peasants, craftspeople, or workers, inevitably led them to oppose exploitation in the newly emerging factory system as well. Much earlier than we are often led to imagine, syndicalism- - essentially a rather inchoate but radical form of trade unionism- - became a vehicle by which many anarchists reached out to the industrial working class of the 1830s and 1840s." (From: "The Ghost of Anarcho-Syndicalism," by Murray Book....)

From Spectacle to Empowerment: Grass Roots Democracy and the Peace Process

From: THE VERMONT PEACE READER 1983. This article appears in Anarchy Archives with the permission of the author.

From Spectacle to Empowerment: 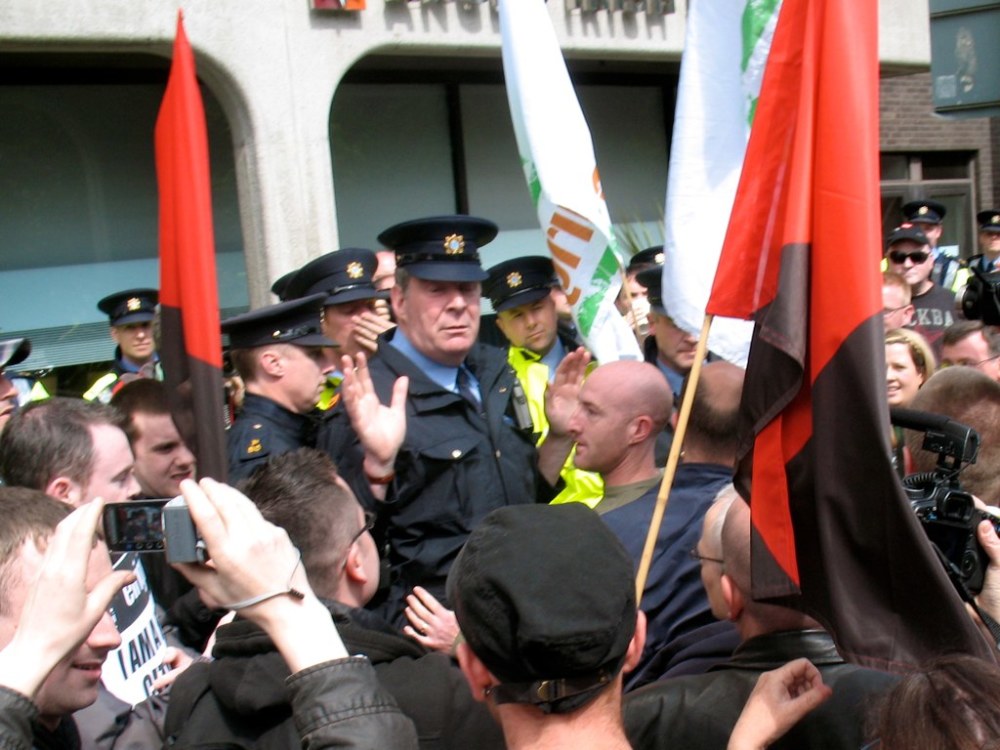 Will the present-day peace movement repeat the errors of the 1960s anti-war movement by placing its primary focus on carefully orchestrated and highly centralized national actions in cities like Washington or New York? Or will it try to percolate into the localities and neighborhoods of the country -- into the body politic itself -- and become a genuinely popular movement that reaches deeply into America as a force for education as well as action, for a broad view of the causes of war as well as the dangers of war, for a vision of a harmonized society as well as a demilitarized society?

These questions, I think, are crucial and our response to them may well determine the quality of the movement as well as the "quantity" of people it can influence and "mobilize."

The Vermont town meeting process of initiating the freeze was as important as the result it achieved. People meeting in a face to face democratic arena were using a richly libertarian way of empowering themselves...

Great demonstrations and rallies in the urban centers of the United States make for splendid theater. Expressions of our fears and the problems that concern us have the attraction of simplicity, of clear-cut visceral responses, of sudden if episodic "successes" and "quick results." This, presumably, is the "American Way," like fast food and searing stimuli. We can then go home and view ourselves in huge numbers on television while movement celebrities receive wide media exposure to our utter delight as spectators. But there is a grave danger that such well-orchestrated spectacles like iridescent bubbles will burst in our eyes as soon as a limited issue is exhausted. Initiated by movement celebrities, it is quickly taken over by establishment celebrities -- and we are likely to see the nuclear freeze issue, for example, defuzed by the current Congress's cooptation of the entire demand, just as mere opposition to the Viet-Nam war was easily taken over by the very establishment figures who so readily approved of the war in the opening years of the Johnson Administration. Although the war has ended, after a fashion, southeast Asia is still an area of terrifying afflictions -- and missiles or the neutron bomb is the next "single issue" that hangs over us, not to speak of space-war technologies and potential horrors we could never have foreseen two decades ago.

I think it is crucial that the peace movement of the eighties view itself as more than a "campaign" and its supporters as more than a "constituency" devoted merely to opposing a problem such as the arms buildup. Nor should it focus merely on mere "mobilizations" and episodic theatrical actions. For one thing, the peace movement of the eighties must root itself deeply in the communities of America rather than a few offices in Washington and New York. The Vermont town-meeting process of initiating the freeze was as important as the result it achieved. People, meeting in a face-to-face democratic arena were using a richly libertarian way of empowering themselves, not merely trying to disempower the hawks and warmakers in the United States. Process, in effect, became part of program. Today, when authoritarians in the Pentagon, White House, Capitol, and the state houses of America are trying to strengthen executive authority with proposals for six-year presidencies and, in Vermont, with four-year governorships, the opposition to war, colonialism, and armaments programs is organically tied to the attempt to preserve our democratic institutions and practices.

Secondly, I think we must recognize that the peace movement is intimately linked with the environmental movement, feminist movement, ethnic minority movements, and the stirrings by the aged, poor, and unemployed who are the most direct victims of the "defense" budget and the vast reductions in expenditures for social budgets. Working patiently and unrelentingly on a grass roots, decentralized, local basis, we must reveal all the connections between these movements and the insane commitment of wealth to military ends, the authoritarian controls that threaten to destroy our very means for preventing this commitment, and the gross undermining of our environment that may destroy us as surely as war itself.

If we retain this broad vision of our goals and give it coherence, we will find many allies out there -- allies who are more meaningful, more lasting, and ultimately more effective than the celebrities from all quarters who are quite ready to turn the fundamental problem of a harmonized and free society into a mere spotlight for their own interests and careers.

Murray Bookchin is a social ecologist and author of books such as Post Scarcity Anarchism, Toward an Ecological Society and The Ecology of Freedom. He lives in Burlington and currently acts as chairperson of the Vermont Council for Democracy.

1983
From Spectacle to Empowerment: Grass Roots Democracy and the Peace Process — Publication.

Image Gallery of From Spectacle to Empowerment: Grass Roots Democracy and the Peace Process