With fellow anarchist (and sometime lover) Hippolyte Havel and her brother Louis Holladay, Polly opened her restaurant. There, bohemian customers were attracted to its cheap meals and radical clientele. Havel served as a cook and waiter in the restaurant and was known for snarling "bourgeois pigs!" at customers. 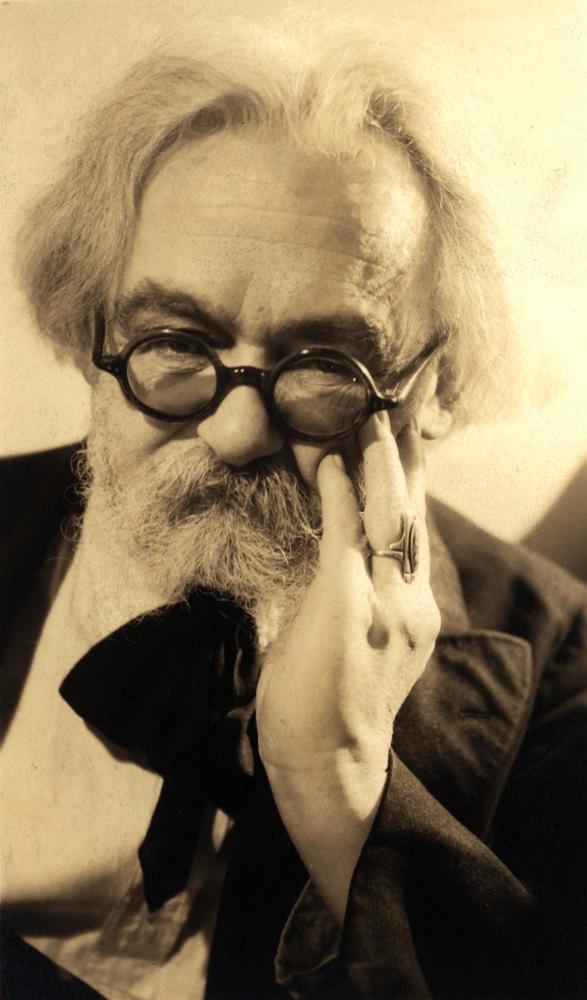 Hippolyte Havel was a Czech anarchist who lived in Greenwich Village, New York, which he declared to be "a spiritual zone of mind". He was close friends with Emma Goldman.

In his youth, Havel had been imprisoned in what then was Austria-Hungary for anarchist activities; originally pronounced "criminally insane", he was declared sane by the intervention of Krafft-Ebing and transferred from the prison madhouse to an ordinary prison. He managed to flee to London, where he met Emma Goldman, who then brought him to America.

In 1900, Havel accompanied Goldman in a visit to Paris, France in preparation for the September International Anti-Parliamentary Congress.

Anarchism : The Solution To the World’s Pr...

A Presentation of Ten Essays “One of the most interesting questions in relation to anarchy is of the manner in which it may be expected to terminate ... And it does not seem impossible that it should lead to the best form of human society, that the most penetrating philosopher is able to conceive. Nay, it has something in it that suggests the likeness, a tremendous likeness, of true liberty. -William Godwin (1756–1836).” I. WAR AND CAPITALISM The general exhaustion of the capitalist system of production and distribution-after the brief period of reconstruction which followed the previous war-had paralyzed every national economy in the world. Every country had millions of unemployed, still machinery, idle capital and m... (From: TheAnarchistLibrary.org.)

Anti-War Manifesto of the Anarchist Inte...

A Note The manifesto below was issued on February 15, 1915. It was signed by thirty-five well-known libertarians of various nationalities—among them Errico Malatesta, Alexander Schapiro, Alexander Berkman, Emma Goldman, Domela Nieuwenhuis, etc. Malatesta and Schapiro were two of the five secretaries of the International Bureau, elected at the international anarchist congress in 1907. Another of the secretaries, Rudolf Rocker,[1] had not been able to append his signature, in that he was an internee at the time—but he too was against the war. The Manifesto Europe in flames, tens of millions of men at loggerheads in the most frightful butchery in recorded history, hundreds of millions of women and children in tears, the ... (From: TheAnarchistLibrary.org.)

HARRY KELLY AN APPRECIATION BY HIPPOLYTE HAVEL STELTON, NEW JERSEY SUNDAY, JANUARY TWENTY-THIRD NINETEEN TWENTY-ONE At the Celebration of his Fiftieth Birthday Ferrer Colony Stelton, New Jersey Sunday, January 23, 1921 Some men are endowed with a personality which makes them superior to their fellow citizens. The names of such men seldom gleam from the front page of the daily press, yet they excel in themselves and find their recognition among those who are able to appreciate their characteristic qualities. Their inherent modesty never creates jealousy or envy, and their lives have greater influence and are of greater reality than the lives of those who achieve their fame and fulfill their ambition by kowtowing before their... (From: Anarchy Archives.)

PREFACE EVERY great movement since the beginning of history has been a movement to lift the bottom dog and put him on his feet. And every such movement has been led by extremists. All the great names of history have been the names of extremists. The brave pioneers who blazed the trail through the unknown forest had to fight their way against the many dangers of wild nature, wild beasts, and wilder men. The heroic men who first raised their voices in the cause of religious liberty had to pass through years of cruel persecution. They were hounded to the scaffold or the state with execration and abuse. The wheel slowly turns full circle, and the malefactor of yesterday become the hero-martyr of to-day, and the faithful tread weary miles to ... (From: Anarchy Archives.)
history
thought
profit
laws
europe
state
ideals
protest
free life
consumption