Famous internationally, he was a proponent of propaganda by the deed. Galleani became versed in legal and political theory at the University of Turin while acquiring a law degree. As a fervent supporter of Anarchism, he was wanted by the Italian police. 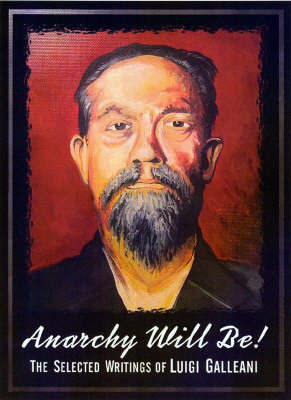 Luigi Galleani (1861-1931) was a major 20th century anarchist born in Vercelli Italy. Famous internationally, he was a proponent of propaganda by the deed. Galleani became versed in legal and political theory at the University of Turin while acquiring a law degree. As a fervent supporter of Anarchism, he was wanted by the Italian police. Consequently, Galleani fled Turin before completing his degree in 1880. Galleani wound up in France, where he would spend 20 years. He spent a brief period in Switzerland before being deported. Galleani was deported soon after arriving in France, and returned to Italy. In Italy he was arrested and detained for several years in prison and on the island of Pantelleria. He married a woman on the island and fathered four children by her. He escaped the island to Egypt, where he was soon in danger of extradition. Fearing a return to Italy, Galleani fled to England, where he immigrated to the United States, settling initially in New Jersey where he was editor of La Questione Sociale. In 1902, Galleani was wounded at a demonstration during the Patterson silk strike, and later indicted for inciting to riot. He fled to Canada, where he was literally thrown across the border. Arriving in Barre Vermont, Galleani found refuge with the Italian stone masons in the area. He was the founder and editor of the Cronaca Sovversiva, a major Italian anarchist periodical which ran for a period of about 15 years before being shut down by the U.S. government. Several books that bear his name are excerpts from Cronaca Sovversiva. The one exception is La Fine dell'anarchismo? (The End of Anarchism?) in which Galleani asserts that Anarchy is far from dead, but in fact is a force to be reckoned with.

Against War, Against Peace, For The Soci...

Not today. It rings more powerful than its own, overwhelming the lost exhortations, the brutal voice of reality. The shipyards, the factories, the workshops that in every dreamy valley break the unsuspecting silences, that in the old patriarchal cities whetted the hymn of the resurrection, and thicken the energies of the serfs in the turgid and inviolate, and.... They want around them — the necessary warp of veins and arteries — canals, railways and ships that of every exotic sea, bear the fruits of the earth and of the herds, and at the four horizons disperse together with the name and glory of the great German homeland, the wealth accumulated by the inexhaustible fervor; and they want, milestones of the triumphal ascension, a... (From: TheAnarchistLibrary.org.)

End of Anarchism?, The

I am beginning to suspect that Merlino may see in the individual acts of rebellion — rebellion against the church, against the State, against property or morality — and in the iconoclasts who commit themselves to them, almost always losing their freedom or their lives — the essential source of disagreement and the insurmountable obstacle to a cordial and productive understanding among the various tendencies of anarchism. If that were the case, I would be very sorry... for a long series of reasons. Because, if I remember the disdainful and bitter attitude Merlino assumed in Paris a quarter of a century ago against the ‘Intransigent Groups’ (in these, side by side with some scoundrels who exploited the fervor a... (From: TheAnarchistLibrary.org.)

In our last edition we carried the news that Leo Nikolayevitch Tolstoy had died on the morning of 30 November this year in Astapova. We mentioned at the time something which, albeit a matter of interpretation, is nonetheless true: the report of his death was like a shooting star. Ten days have elapsed since he died and nobody mentions him any more. Within a few years no one outside of the world of literature proper, where he earned his spurs as long ago as 1863 with War and Peace and Anna Karenina, will have anything more to say about his teachings, his philosophical and moral writings. And rightly so. Because his entire philosophy boils down to a sterile attempt at an impossible revival of Christianity and his entire morality finishes i... (From: TheAnarchistLibrary.org.)

Principal of Organization to the Light o...

Recollection of Elisée Reclus, A

Recollect a dusty August afternoon. The oppressive and suffocating atmosphere lay heavy upon the immobile lake, scintillating as an immense sheet of polished steel. It lay heavy over the exhausted vines of the hill, invading even the penumbra of the vast study where opposite each other, we worked on some given statistics relative to the Republic of Guatemala. Moreover, as every day, he had reproached me that afternoon for having begun to work: “You need air, light, sunshine, a great deal of sunshine, much activity,” he said to me, “and the close air of the room is not at all good for you. Go away to Clarens; you will start again tomorrow morning; the work you have done this forenoon will suffice me.” But I did not li... (From: TheAnarchistLibrary.org.)

The anarchist movement and the labor movement follow two parallel lines, and it has been geometrically proven that parallel lines never meet. And since our good burghers, even those who pretend philanthropy redeems usury, will never stop being exploiters or give back what they have unjustly taken; the anarchists, including those who abhor violence and bloodshed, are compelled to conclude that the expropriation of the ruling class will have to be accomplished by the violent social revolution. And they dedicate themselves to this, seeking to prepare the proletariat with every means of education, propaganda and action at their disposal. Do not forget and do not delude yourselves! The proletariat is still a mass, not a class. If it were a cla...