Max Stirner? The philosophizing petit bourgeois to whom Karl Marx had given the brush-off? The anarchist, egoist, nihilist, the crude precursor of Nietzsche? Yes, he. 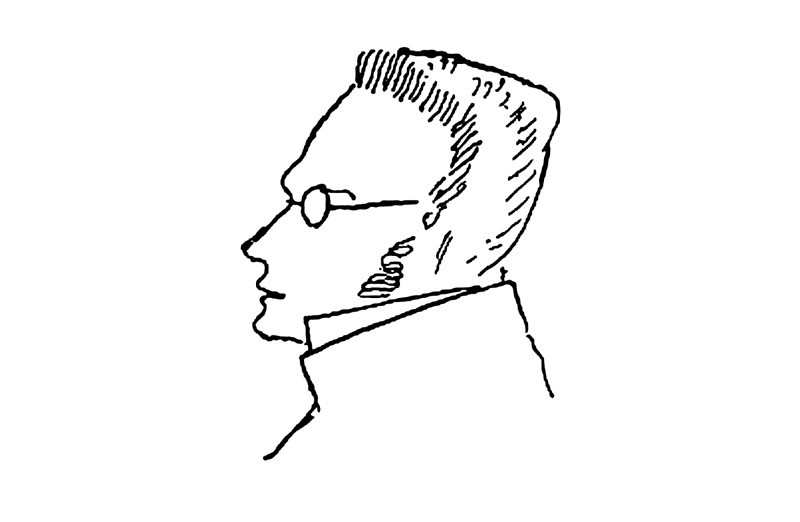 The philosophy of Max Stirner is credited as a major influence in the development of nihilism, existentialism, post-modernism, and anarchism (especially of egoist anarchism, individualist anarchism, postanarchism, and post-left anarchy). Stirner's main philosophical work was The Ego and Its Own, also known as The Ego and His Own (Der Einzige und sein Eigentum in German, which means, more accurately in German, The Individual and his Property).

Stirner's philosophy has been cited as an influence on both his contemporaries, most notably Karl Marx (who was strongly opposed to Stirner's views), as well as subsequent thinkers such as Friedrich Nietzsche, Enrico Arrigoni, Steven T. Byington, Benjamin R. Tucker, Emile Armand, Albert Camus, and Saul Newman.

Now, as soon as man suspects that he has another side of himself (Jenseits) within himself, and that he is not enough in his mere natural state, then he is driven on to divide himself into that which he actually is, and that which he should become. Just as the youth is the future of the boy, and the mature man the future of the innocent child, so that othersider (Jenseitiger) is the future man who must be expected on the other side of this present reality. Upon the awakening of that suspicion, man strives after and longs for the second other man of the future, and will not rest until he sees himself before the shape of this man from the other side. This shape fluctuates back and forth within him for a long time; he only feels it as a lig... (From: TheAnarchistLibrary.org.)

Ego and Its Own, The

Men of the Old Time and the New How each of us developed himself, what he strove for, attained, or missed, what objects he formerly pursued and what plans and wishes his heart is now set on, what transformation his views have experienced, what perturbations his principles - in short, how he has today become what yesterday or years ago he was not - this he brings out again from his memory with more or less ease, and he feels with especial vividness what changes have taken place in himself when he has before his eyes the unrolling of another's life. Let us therefore look into the activities our forefathers busied themselves with.
consciousness
spiritual
might
thinking
egoism
right
word of honor
object of my love
egoists
spirit

False Principle of Our Education, The: O... : Or - Humanism And Realism

The False Principle of Our Education Or - Humanism And Realism By Max Stirner Because our time is struggling toward the word with which it may express its spirit, many names come to the fore and all make claim to being the right name. On all sides our present time reveals the most chaotic partisan tumult and the eagles of the moment gather around the decaying legacy of the past. There is everywhere a great abundance of political, social, ecclesiastical, scientific, artistic, moral and other corpses, and until they are all consumed, the air will not be clean and the breath of living beings will be oppressed. Without our assistance, time will not bring the right word to light; we must all work together on it. If, however, so much de... (From: Anarchy Archives.)
school and life
materialism
respect
humanism and realism
personality
educated man
learning
revolution
educate
students

Of a Member of the Berlin Community Agai...

Of a member of the Berlin Community against the Publication to the 57 Clergymen: "The Christian Sunday Celebration(Mass), A Word of Love to Our Congregation." Dear Brothers and Sisters! A word of love was directed at us; we are not permitted to close our ears. On the first day of this year, a pamphlet will be handed out, in the church, to the church-goers of Berlin; it carries the title: "The Christian Sunday Celebration. A word of love to our congregation," and it concerns us all deeply. Before we later take him to heart in the particular, we include the same content written together in the few words of the second page: "Given that it is undeniable, that the corruption of the church itself is most outwardly apparent by the desecratio... (From: Anarchy Archives.)
free
temple
teacher
desecration
initiative
law
christ
un-churchlike
christian churches
dissatisfied

A Response to Kuno Fischer’s “The Modern Sophists”[1] A prolific painter, working in his studio, was called to lunch by his wife. He answered: “Wait just a moment; I only have twelve life-size apostles, a Christ and a Madonna to paint.” Such is the way of the philosophical reactionary Kuno Fischer — I chose this phrase, because one must not appear in the drawing room of philosophy without the tailcoat [2] of a philosophical phrase — he deals with the difficult titan’s work of modern criticism, which had to storm the philosophical heaven, the last heaven under the heavens, in broad brushstrokes. He depicts one after the other. It is a joy to see. Strauss, Feuerbach, Bruno Bauer, Stirner, the... (From: TheAnarchistLibrary.org.)

Translator's Preface Stirner's critics by Max Stirner Szeliga Feuerbach Hess Footnotes Translator's Preface Working on this translation has been a pleasurable challenge for me. Stirner uses straightforward, even fairly simple language, filled with passion and sarcasm, to express ideas that are difficult, though more in the fact that very few people would want to accept their implications than in their complexity. In wrestling with this work, I have had to make decisions about how best to get Stirner's thinking across in English. The purpose of this preface is to explain some of those decisions. One of the central terms in Stirner's thinking is "der Einzige." I have chosen to translate this as "the unique." Some have argued ... (From: Anarchy Archives.)
translator
disengaged from life
christianity
sin
heart
egoism
might
concept of human being
human beings
law of love

Worker and the Government, The

Governments do not let me come to my value, and continue to exist only through my valuelessness: they are forever intent of getting benefits from me, that is exploiting me, turning me to account, using me up, even the use they get from me consists only in my supplying a proletariat; they want me to be “their creature”. Pauperism can only be removed when I as ego realize value from myself, when I give my own self value. I must rise in revolt to rise in the world. What I produce, flour, linen, or iron and coal, which I toilsomely win from the earth, etc, is my work that I want to realize value from. But then I may long complain that I am not paid for my work according to its value: the payer will not listen to me, and the govern... (From: Kate Sharpley Library, http://www.katesharpleylibr....)
enemy
christ
king
ego
workers
work
individuals
think
criminals
government's grace

You Only Have The Courage To Be Destruct...

The following text is Stirner's first publication, which previous collections of Stirner's writings do not contain. Review of: Theodor Rohmer: German occupation in the present. Zurich and Winterthur: Publishing house of the literary Comptoirs 1841 in: The railroad. A support leaf for the formed world (Leipzig), 4th Jg., no. 77/78 (28./30.12.1841), S.307-308, 310-312 Max Stirner: "You only have the courage to be destructive" How happy I was as a child to lie on green fields and look up into blue skies. The sweet smells of Spring would waft through the air as dreamed of my bright future. I dreamed of becoming a great man. I would throw fistfuls of gold out of my carriage and masses of poor and stunned people would worship me. I would bui... (From: Anarchy Archives.)
love
open
reflection
questions
beliefs
individual
proud
palaces
soul
transparency