May 1st: The Sun of Tomorrow

IWW Activist, Founder of the ACLU, and US Communist Party Chairwoman

: At the age of 17 she became a full time organizer for the IWW, and was consequently arrested 10 times. Although she was never convicted of any criminal activity, she was forced to leave the IWW in 1916 because of internal conflicts. In 1920 she helped found the American Civil Liberties Union, and began actively supporting Sacco and Vanzetti... (From: Spartacus Educational Bio.)
• "Defense of our civil liberties; for political prisoners; fighting against raids, wholesale arrests, and deportations of thousands of foreign-born workers â€“ these were the big issues of 1918 and 1919. The boss class was terrified by the great Russian Revolution." (From: Mine Eyes Have Seen the Glory, 1939.)
• "...how they inspired us, how we revered them. French Communards, Russian revolutionists escaped from Siberia, Germans driven out by Bismarck, Garibaldians in their red shirts, Irish, Polish exiles. Oldtime Americans marching, telling of Haymarket, Homestead, Pullman. Men who knew Marx, Engels, Silvis, Parsons â€“ patriarchs and prophets to us." (From: Mine Eyes Have Seen the Glory, 1939.)
• "'The right to assemble; the right to speak' written in dead words in the Bill of Rights was written in live deeds by the people all over the United States." (From: Mine Eyes Have Seen the Glory, 1939.)

May 1st: The Sun of Tomorrow 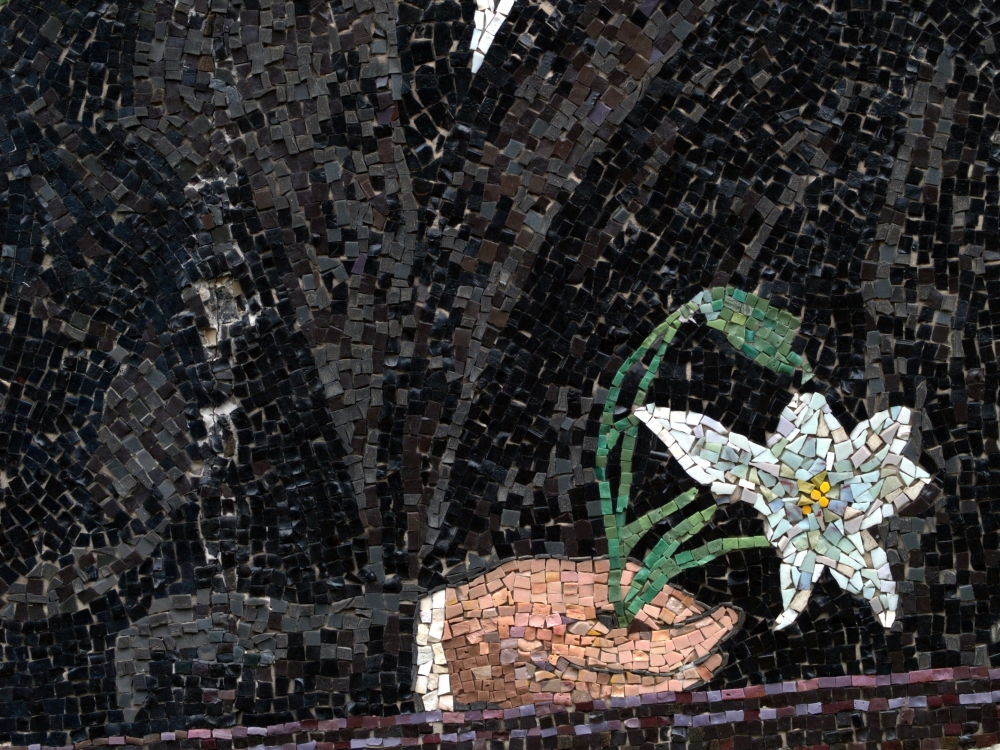 Photo by takomabibelot,
CC BY License

ldquo;Primo Maggio, il sole dell’ Avvenire” – May First, the sun of tomorrow! as our Italian comrades so beautifully it, is here again. It links ancient traditions, these modern times, and the future. Always a people’s natural holiday, since time immemorial it was the occasion for the gathering of the of the poor and lowly for one gala day of festivity. For the last fifty-five years it has been universally recognized and cherished by workers around the world as an International Labor Holiday. It is actually the only holiday celebrated internationally. It obliterates all differences of race, creed, color, and nationality. It celebrates the brotherhood of all workers everywhere. It crosses all national boundaries, it transcends all language barriers, it ignores all religious differences. It makes sharp and clear, around the world, the impassable chasm between all workers and all exploiters. It is the day when the class struggle in its most militant significance is reaffirmed by every conscious worker.

This day is to the enlightened worker an augury of a new world, a classless world, a peaceful world, a world without poverty or misery. It is the glowing promise of socialism, the real brotherhood of mankind. On this day in 1941 the wise words of Lenin; “Life will assert itself. The Communists must know that the future at any rate is theirs,” will light up the lonely jail cells of Browder and Thaelman and countless others. Lowhummed snatches of revolutionary song will be heard in concentration camps. On the sea, in military barracks, in the forced labor of factory or mill, the hearts of the driven workers will beat to unison with those far away who parade joyously behind gleaming red banners, to stirring music on Moscow’s Red Square. “Do your damnedest to us!” they mutter between clenched teeth, the conscripts in European trenches, the prisoners in Franco’s dungeons, in Hitler’s hell holes, in Mussolini’s prisons; “Your days are numbered. You can’t stop the final victory of the people!"

International? That must be “foreign,” many folks mistakenly infer. But what could be more international in its origin and population than these United States? Proudly we declare May Day is American. It is not a foreign idea. Many good ideas come from abroad, but this is an American idea exported to all other countries from America. May Day as an official labor holiday was born in the fierce struggles of the eighties to establish an eight-hour day. Workers of all nationalities, immigrants, political refugees, exiles, from every foreign land; native born grandsons of the American Revolution and Civil War veterans made a common, determined demand: “Eight hours shall constitute a legal day’s work from and after May First, 1886.” The Federation of Organized Trades and Labor of the United States and Canada (later to become the American Federation of Labor) called upon the workers to down tools. Enthusiastic, they poured out in the first American general strike. It spread from city to city, over 3,000 miles. The whole continent, from the Atlantic to the Pacific, was astir: 192,000 won the demand. The employing class, appalled at the solidarity of the workers, struck back viciously. Six workers were killed and many wounded at the McCormick Harvester Works in Chicago.

May Day was baptized in the blood of American workers. A protest meeting Haymarket Square May 4, 1886, resulted in another bloody battle and a bomb frameup. It caused the railroading to the gallows of Albert Parsons (whose ancestor had been at Valley Forge) and three of his comrades, Engel, Fischer, and Spies. "Let the voice of the people be heard!" cried Parsons, as the noose tightened around his neck. It has been, it ever Will be on May Day, brave martyred hero of yesterday! This year the newly organized, victorious strikers of the International Harvester Works in Chicago will hallow your names on May first.

The struggle for the eight-hour day was renewed. The AFL decided to reinaugurate it on May 1,1890. To widen its effectiveness they sent delegates across the sea to Paris to the International Labor Congress. They proposed that May first be officially declared an international labor holiday. This was done amid great enthusiasm, on July 4, 1889, the 100th anniversary of the Fall of the Bastille, after the delegates had heard recounted the struggles of the brave American workers. With the passing of the years the growing needs of international labor expanded the significance of May Day far beyond the eight-hour demand.

Rosa Luxemburg, brave woman Socialist of Germany, who was later brutally murdered by the militarists, sounded the alarm against a World War in 1913. She called upon the workers to make May Day a mighty demonstration for peace and socialism. “Workers of the world, Unite!” became the insistent cry on May Day. Every vital issue was pressed, more and more militant slogans raised in each country and internationally.

Are you a bad member of your family because you go out of your home to be a good citizen of your state? Are you a traitor to your state because you are equally concerned shout your country? Are you betraying your country if you are also an internationalist – dedicated to the brotherhood of man? Only workers are forbidden to be internationalists. It’s perfectly proper for J. P. Morgan and Henry Ford; for the bankers, the munitions trusts, the chemical companies. It’s proper for scientists, stamp collectors, athletic associations, musicians, spiritualists, people who raise bees, to be internationalist – but not workers. Only the clasped hands of the workers across the boundaries are struck down in every country. It will pass for all anthropologist to say in abstruse language, “There is but one race – the human race!” But let a worker say, “Brother, fellow worker, comrade” – and there’s hell to pay. He should be sent back from where he came from! He should be deprived of his citizenship; he should lose his job; he should be jailed! If a Christ-like voice should challenge them: “But what about loving thy neighbor as thyself?” the wild man from Texas would roar: “Who said that? He’s a Red, subversive, a trouble maker!” Let us not be dismayed in the slightest by all this frenzy. Let us remember the cool words of Lenin: "Acting thus the bourgeoisie acts as did all classes condemned to death by history." Every beautiful May Day of solidarity, triumph, and hope is another reminder to us to take “the long view” – the Bolshevik view of passing events. The road ahead may be rougher but it is shorter than the road behind.

Once they laughed at us, these rulers of America. We were still, small voices, crying in the wilderness, we were dreamers of idle dreams, Utopians; we couldn’t change human nature. What would the world be without the profit incentive? Answer that now, you agitating soap boxer. We were as Vanzetti said: “Talking at street corners to scorning men!” But this was two decades ago. Now they know, the rulers of the world, that the era of socialism has begun. They have been tried and found wanting. The Union of Socialist Soviet Republics not only guarantees a peaceful, happy, secure life on one-sixth of the earth’s surface to nearly 200,000,000 people. It is a constant inspiration to downtrodden and exploited workers in every capitalist country in the world to “go thou and do likewise!” On May Day we salute the Soviet Union – land of socialism – land of peace and plenty, the great ideal of labor since time immemorial, the cooperative commonwealth of all who toil. “It works, brothers!” they say in the deep, dark mines; “It works,” they say by the blazing furnaces in the steel mills; “It works,” says the tenant farmer; “It works,” says the sailor in the hold of the ship and the truck driver rushing through the night. No bosses, no landlords, no bankers, no munnitions makers, no loan sharks, no employment agencies; no child labor; no prostitution; no unfinished educations; no broken old age; no long hours; no low wages; no speed-up; no unemployment; no rich, no profiteers, no capitalism. Organization is the stage we have advanced to now. Music to the ears of all old time agitator is all the justified scorn and contempt the average worker expresses uncompromisingly of the boss class. These workers don’t take off their hats; they don’t say “Sir!” They are unafraid. There is a fighting class spirit abroad in this land today among the people.

MAY DAY traditionally celebrates victories won; makes new demands; presses forward slogans of immediate action. Have we won victories in 1941? You tell it, you hundreds of thousands, union men of Bethlehem Steel; US Steel; Allis Chalmers; International Harvester; New York Transport Co.; Ford Motor Co. Ten million organized workers in America today and more to come. Skilled and unskilled, black and white, native and immigrant, man and woman, young and old – shoulder to shoulder. Let the war mongers shout; let the profit-mad rave. “We shall not be moved!” retort these millions of American workers on May Day. There is nothing to be despondent about; nothing to be weary about – not so long as we are organizing and fighting. Not so long as we are holding what we have won in an iron grip; are moving forward, getting more. Not so long as there is unswerving resistance to the Roosevelt-Willkie war party among eighty-six percent of the American people. Organize. Fight. Press Forward – that’s the spirit of America’s May Day in 1941.

Organize and fight, to stay out of war! Against all imperialism and fascism, including American! Protect labor’s rights to organize, to make demands, to strike. No blackout of the Bill of Rights. Defend the rights of minority parties – the Communist Party – vital test of the people’s rights to free elections. Stop war profiteering. Lower the cost of living. Resist wage cuts and longer working hours. Free all fighters against imperialist war. Free Earl Browder! End Jim Crowism and anti-Semitism in our country. Cement a friendship with the Soviet Union. These slogans are aloft, the fighting slogans of America’s May Day everywhere. For peace and socialism is in the hearts, in the minds, on the lips of millions around the world May First, 1941. The “sun of tomorrow” shines upon us. The future is ours.

Image Gallery of May 1st: The Sun of Tomorrow