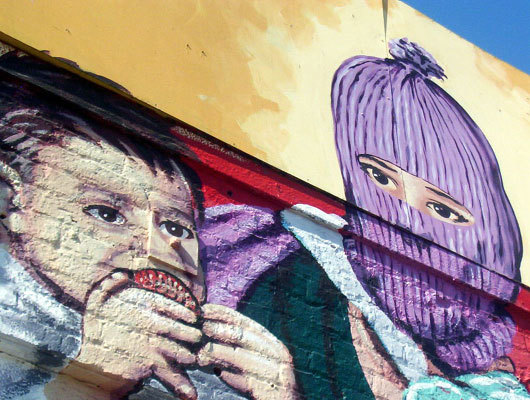 I was at the Hague, casually drifting for a few days' holiday through Holland. I had seen Paul Potter's Bull, and Rembrandt's "Anatomy"; all the Princes of Orange, and the prison where De Witt was torn to pieces by the mob. I was a little tired of the sleepy beauty of the Hague, and was languidly scanning the advertisement bills, in choice for the evening's entertainment between a Dutch tragedy and a Parisian operette. Suddenly my eyes rested on the announcement of a Socialist lecture, and my indecision and langour came to an end.

I had some trouble in finding Westerbaenstraat 154, where the "Walhalla," the Socialist meeting hall is situated, and I place on record that it is marked as "Westerlaanstraat" on Baedeker's plan. The hall was a bare room behind a row of workman's houses, which (like everything at the Hague) are exceedingly clean, airy and spacious. There were only two or three benches seating a score of people, and the audience of 200 to 300 stood during the whole meeting. The walls were bare, except for a diagram and a large and good representation in sepia of the Laokoon, which spoke well for the intelligence and artistic knowledge of the frequenters.

The diagram represented the Marxian view of capitalism in a graphic manner, and is well worth reproduction. It depicted the separation of surplus-value from wages, and then its division into rent, interest, and taxes among the several sharers, who were thereby enabled to accumulate the "great capital."

The audience, who had all paid 5 cents for admission, consisted chiefly of artisans, with a few wives and daughters, and a sprinkling of clerks and small traders. I cannot give any adequate idea of the patient attention with which these people stood in the close room, to listen in absolute stillness to the long oration of the speaker.

I am sorry to be unable to record the name of this orator. On the platform was a circular wooden pulpit, breast high, exactly similar to those in old English and Dutch churches, and from this pulpit he read for an hour and a half, with perfect elocution, as eloquent a lecture as I have ever heard. I am unable to give any idea of this discourse, which was loudly applauded. The orator referred to the decorations at that moment adorning the streets of Amsterdam in honor of the king, as the hosannas of capitalism, which would be turned into abuse if the king ever had the idea of taking up the cause of the people. After a rapid sketch of the existing evils of industrial life, he referred to the attempts made by English cooperative enthusiasts to mend these evils, and explained how these failed to reach the masses, who had become mere parts of the great industrial machine over which they had no control. The working of this machine in speculations, crises and panics, was then explained, and the destructive result of this action and reaction on the proletariat was demonstrated. The influence of machinery was then dwelt upon, and it was explained in what way invention could become the friend instead of the enemy of the wage worker. An eloquent invocation of Socialism as the only hope and refuge for the worker, and the only remedy for social evils, closed this Impressive discourse. Discussion followed, the speakers speaking from time body of the standing crowd, and as I could not hear them clearly enough to understand their Dutch, I came away, after examining time literature stall, which contained some tracts by Marx and Engels, and pamphlets by and photographs of Dutch Socialists.

Here we have a curious mixture of likeness and unlikeness to English Socialism. Is it possible yet to lay anything beyond the foundation of an international party? The social consciousness of the ordinary worker does not at present comprehend the world beyond his own narrow valley, and until the international organism is conscious of itself, it can never consciously unite. We are apt to exaggerate the spread of that wide cosmopolitanism which makes of no account those national cleavages still separating the world. Friends we may find in foreign cities, but hardly acquaintances; and for several generations yet the world must advance mainly in sections according to the particular circumstances of each national group.

Nevertheless, since science is universal, and nowadays also, capitalism, we find, from these two arising, Socialism also universal. S. W.