The Action of the Masses and the Individual

: As anarchism's most important philosophers he was in great demand as a writer and contributed to the journals edited by Benjamin Tucker (Liberty), Albert Parsons (Alarm) and Johann Most (Freiheit). Tucker praised Kropotkin's publication as "the most scholarly anarchist journal in existence." (From: Spartacus Educational Bio.)
• "To recognize all men as equal and to renounce government of man by man is another increase of individual liberty in a degree which no other form of association has ever admitted even as a dream." (From: "Communism and Anarchy," by Peter Kropotkin, 1901.)
• "Which side will you take? For the law and against justice, or for justice and against the law?" (From: "An Appeal to the Young," by Peter Kropotkin, 1880.)
• "...outside of anarchism there is no such thing as revolution." (From: "Revolutionary Government," by Peter Kropotkin, 18....)

The Action of the Masses and the Individual 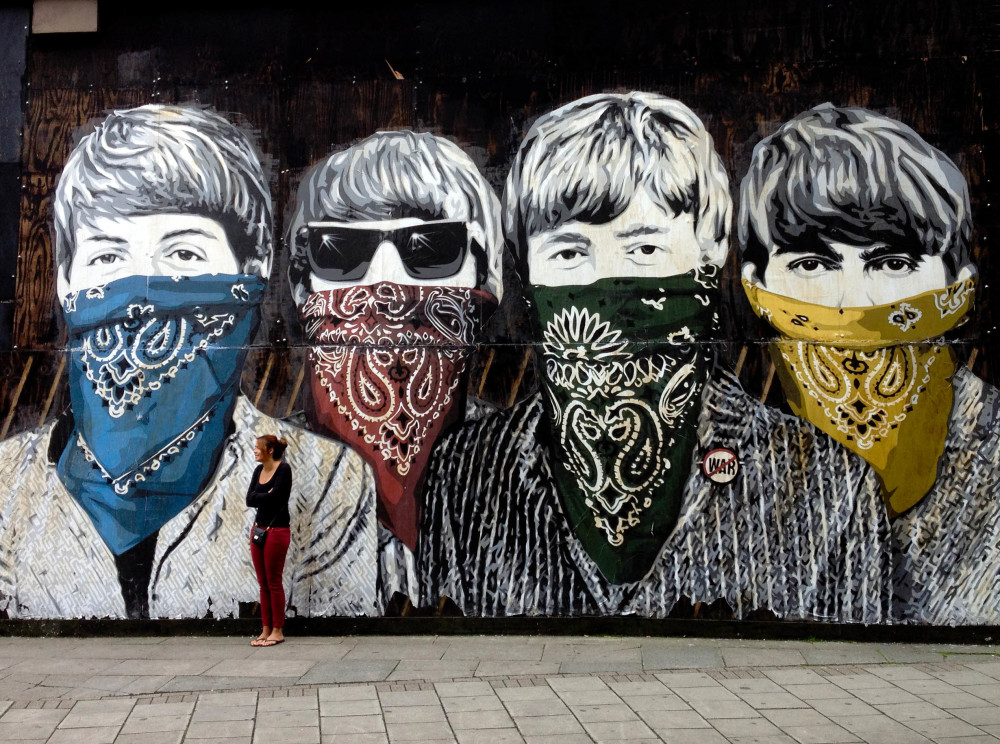 Our comrades are perfectly right to say [in their letter] that the May strikes are a consequence of general economic conditions. If the return of work to the mines and in the iron industry, and if dreadful poverty in the other trades did not exist, there wouldn’t have been any strikes at all, as there weren’t any on such a large scale ten years ago. But what our comrades ignore is that, outside all socialist organizations, right now, within the workers of all nationalities, an immense work to press on to a general strike is taking place. Democrats, trade unionists, socialists, anarchists, have absolutely nothing to do with it. – “We are overwhelmed by this movement” we were told, two years ago, by a Belgian socialist. In England, in a big city, at least socialists took hold of this movement. They were well received at first; but when people realized that they wanted to enlist it to an electoral aim, they threw them overboard.[1]

Whether it is enough to say that this international movement comes from America;[2] that it is taking form outside all [existing] organization; and that we find ourselves faced with one of these facts that have always characterized the great popular movements – tacit understanding that becomes established outside newspapers, committees, agitators. A word put out in a workshop is enough and they tell each other: “So be it, see you on the 1st of May!” Then a worker goes from England to Austria, or from Austria to England, and expresses the same idea, and the idea – since it results from an economic necessity – is accepted straightaway.

Every strike of the last two years, in Belgium, in England, in Moravia[3], etc., etc., are due to this spontaneous spreading of the idea. If ever there was a movement anarchist by its essence and a propaganda essentially anarchist in its processes, it is this one. Because there is no secret – it is a tacit agreement that becomes established.

Our comrades from Geneva are mistaken to attribute the 1st of May to the Paris Congress.[4] It was made absolutely outside of the Congress, against the will of the social-democrats, against the will of trade-union committees and despite indifference of socialists, anarchists and authoritarians. It is precisely for that reason that we attach significance to it.

In a Congress where Liebknecht[5] enjoyed royal rights, an unknown coming from Australia makes the proposal. The flabbergasted chiefs do not dare to renounce it, because the worker delegates – the unknowns – acclaim it unanimously. Then, the proposal is forgotten. The watchword of the socialist press is to not breathe a word of it. Socialists and anarchists treat it as a joke. Democrats oppose it. And meanwhile the workers spread the call [for a general strike] among each other: see you on the 1st of May. And fifteen days before the 1st of May the trade unionist, socialist and democrat leaders learn with dread that the working people will be on the street on that day. So they put on a brave face at this bad news, then they try to curb the demonstration and they end up joining it. But still, they expect a demonstration of no significance – and there is the whole of working London coming out of its hovels, a third of Vienna going to the Prater[6], the whole of Hamburg on its feet, and a general uprising of miners starts in Moravia, in the Basque provinces, etc.

The answer is obvious – Where the masses are! And on the very day when the masses arrange to meet up! For us, it is absolutely obvious that in Moravia, in the Basque provinces, in Barcelona, in Valencia and elsewhere, those among the workers who really have some individual initiative and who wait for the watchword from the anarchists no more than from the democrats, told themselves: “While the troops are in Vienna or in Madrid, we will start the revolution here, in Moravia, in Barcelona or in Bilbao. And we will do it precisely on the 1st of May (or rather on the 2nd of May) whilst the troops are still in Vienna or in Madrid, and not on the 15th of May or on the 15th of June, when they will be back in our provinces.”

They have not been supported, precisely because the initiative was lacking elsewhere.

As for the arrests of anarchists – it is time to anticipate them in advance. Every time there is agitation in the masses, wherever it is from, the government will arrest anarchists – if they do not take precautions. That will take place before the revolution, during the revolution and after the revolution. We need only to remember Marat[7] and so many others, less known, who were forced to live in cellars right in the middle of 1793, while aristocrats were guillotined by the dozens. Anarchists will be arrested because – sometimes wrongly, but most often rightly – governments will tell themselves this: “When the people are in the street and that individual initiative is lacking among these masses marching to storm society, it is from the anarchists that the initiative of a movement will be able to come, not from the legalists.”

And, let us note, that it will be absolutely the same thing during the revolution itself, as long as the revolution, in its development, has not reached the anarchist phase. Therefore, let us not speak of it.

Let us also add that if, on the day of a large popular demonstration, a movement in a big city hardly ever takes place, it is always a few days after such a demonstration that the movement starts. We counted ourselves, we understood its strength, we were offended by the brutality of the police, we were enraged by the bloodshed at a peaceful demonstration: the soldiers themselves are furious at the leaders who made them shoot women and children; and then, on a call that, once more, is born spontaneously in the masses – we prepare another demonstration. But, before that day, the revolution already breaks out.

In short, let us turn the question over and over as much as we like, but we cannot reach another conclusion than this one: “whether we are the partisan of individual action or action of the masses – and it is obvious that both are necessary – the man of action’s place is where the masses are. If he carries out an individual act; if he responds to a policeman’s kick with a pistol shot; if he rebels against such iniquity; if he extinguishes the fire in some working factory, or if he breaks its windows (as was done in Moravia); if he goes to prison for spreading some propaganda among the troops or if he carries out quite another act of individual courage – his act will only have more impact, since it was done in the eyes of the masses, openly and publicly, while the press will talk about it in all details, while every worker will talk about it in the workshop.”

It is so simple, and we are so certain that all revolutionaries are of the same opinion, that there can only be debate on it by misunderstanding.

[2] A reference to the 1886 eight-hour day movement in America that called upon workers to strike on the 1st of May. The Haymarket event in Chicago – a police attack on a strike meeting, a bomb being thrown and subsequent framing and hanging of five Anarchists, was a part of this strike wave. (translator)

[3] Moravia was a historical country in Central Europe in the east of the Czech Republic and one of the historical Czech lands, together with Bohemia and Czech Silesia. (translator)

[4] A reference to founding congress of the Second International held in Paris during July 1889. This congress designated the 1st of May as an international holiday for labor to be marked by demonstrations and parades. It was inspired by the American Eight-Hour movement of 1886. (translator)

[6] The Prater is a large public park in Vienna’s 2nd district (Leopoldstadt). (translator)

[7] Jean-Paul Marat (1743–1793) was one of the one of the most radical voices of the French Revolution. He was a vigorous defender of the sans-culottes and published the newspaper L’Ami du people (Friend of the People) which was renowned for its fierce tone and advocacy of political and economic rights for the working classes. Marat was assassinated while taking a medicinal bath and became a revolutionary martyr for the Jacobins. Kropotkin quoted him favorably in his classic 1909 history, The Great French Revolution. (translator)

1890
The Action of the Masses and the Individual — Publication.

Image Gallery of The Action of the Masses and the Individual