: In 1861, during the second of his European tours, Tolstoy met with Proudhon, with whom he exchanged ideas. Inspired by the encounter, Tolstoy returned to Yasnaya Polyana to found thirteen schools that were the first attempt to implement a practical model of libertarian education. (From: Anarchy Archives.)
• "People who take part in Government, or work under its direction, may deceive themselves or their sympathizers by making a show of struggling; but those against whom they struggle (the Government) know quite well, by the strength of the resistance experienced, that these people are not really pulling, but are only pretending to." (From: "A Letter to Russian Liberals," by Leo Tolstoy, Au....)
• "It usually happens that when an idea which has been useful and even necessary in the past becomes superfluous, that idea, after a more or less prolonged struggle, yields its place to a new idea which was till then an ideal, but which thus becomes a present idea." (From: "Patriotism and Government," by Leo Tolstoy, May 1....)
• "...the dissemination of the truth in a society based on coercion was always hindered in one and the same manner, namely, those in power, feeling that the recognition of this truth would undermine their position, consciously or sometimes unconsciously perverted it by explanations and additions quite foreign to it, and also opposed it by open violence." (From: "A Letter to a Hindu: The Subjection of India- Its....) 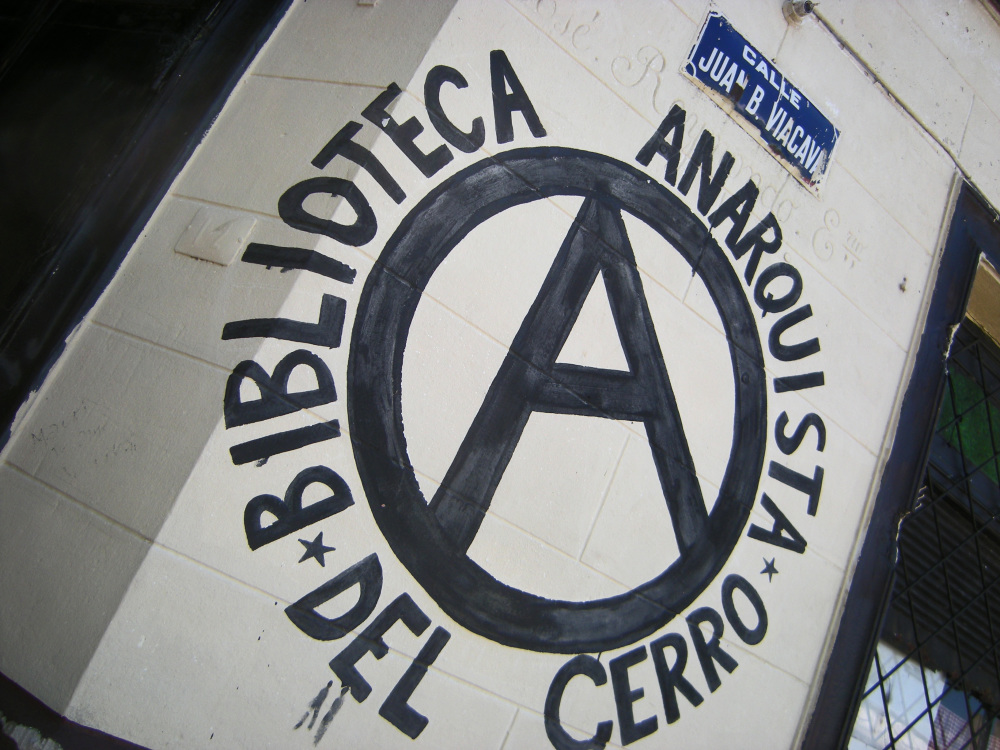 The Anarchists are right in everything; in the negation of the existing order, and in the assertion that, without Authority, there could not be worse violence than that of Authority under existing conditions. They are mistaken only in thinking that Anarchy can be instituted by a [violent- Editor]revolution. 'To establish Anarchy'. 'Anarchy will be instituted'. But it will be instituted only by there being more and more people who do not require the protection of the governmental power, and by there being more and more people who will be ashamed of applying this power.

'The capitalistic organization will pass into the hands of workers, and then there will be no more oppression of these workers, and no unequal distribution of earnings'

'But who will establish the works; who will administer them?'

'It will go on of its own accord; the workmen themselves will arrange everything.'

To the question, how to be without a State, without courts, armies, and so on, an answer cannot be given, because the question is badly formulated. The problem is not how to arrange a State after the pattern of today, or after a new pattern. Neither, I, nor any of us, is appointed to settle that question.

But though voluntarily, yet inevitably must we answer the question, how shall I act faced with the problem which ever arises before me? Am I to submit my conscience to the acts taking place around me, am I to proclaim myself in agreement with the Government, which hands erring men, sends soldiers to murder, demoralizes nations with opium and spirits, and so on, or am I to submit my actions to conscience, i.e., not participate in Government, the actions of which are contrary to my reason?

What will be the outcome of this, what kind of a Government there will be -- of all this I know nothing; not that I don't wish to know; but that I cannot. I only know that nothing evil can result from my following the higher guidance of wisdom and love, or wise love, which is implanted in me; just as nothing evil comes of the bee following the instinct implanted in her, and flying out of the hive with the swarm, we should say, to ruin. But, I repeat, I do not wish to and cannot judge about this.

In this precisely consists the power of Christ's teaching and that not because Christ is God or a great man, but because His teaching is irrefutable. The merit of His teaching consists in the fact that it transferred the matter from the domain of eternal doubt and conjecture on to the ground of certainty. 'Thou art a man, a being rational and kind, and thou knowest that today or tomorrow thou wilt die, disappear. If there be a God, then thou wilt go to Him, and He will ask of thee an account of thy actions, whether thou hast acted in accordance with His law, or, at least, with the higher qualities implanted in thee. If there be no God, thou regardest reason and love as the highest qualities, and must submit to them thy other inclinations, and not let them submit to thy animal nature -- to the cares about the commodities of life, to the fear of annoyance and material calamities.'

The question is not, I repeat, which community will be the more secure, the better -- the one which is defended by arms, cannons, gallows, or the one that is not so safegaurded. But there is only one question for a man, and one it is impossible to evade: 'Wilt thou, a rational and good being, having for a moment appeared in this world, and at any moment liable to disappear -- wilt thou take part in the murder of erring men or men of a different race, wilt thou participate in the artificial deterioration of the generations of men by means of opium and spirits for the sake of profit, wilt thou participate in all these actions, or even be in agreement with those who permit them, or wilt thou not?

And there can be but one answer to this question for those to whom it has presented itself. As to what the outcome will be of it, I don't know, because it is not given me to know. But what should be done, I do unmis- takably know. And if you ask: 'What will happen?' then I reply that good will certainly happen; because, acting in the way indicated by reason and love, I am acting in accordance with the highest law known to me.

The situation of the majority of men, enlightened by true brotherly enlightenment, at present crushed by the deceit and cunning of usurpers, who are forcing them to ruin their own lives -- this situation is terrible, and appears hopeless.

Only two issues present themselves, and both are closed. One is to destroy violence by violence, by terrorism, dynamite bombs and daggers, as our Nihilists and Anarchists have attempted to do, to destroy this conspiracy of Governments against nations, from without; the other is to come to an agreement with the Government, making concessions to it, participating in it, in order gradually to disentangle the net which is binding the people, and to set them free, Both these issues are closed.

Dynamite and the dagger, as experience has already shown, only cause reaction, and destroy the most valuable power, the only one at our command, that of public opinion.

The other issue is closed, because Governments have already learned how far they may allow the participation of men wishing to reform them. They admit only that which does not infringe, which is non-essential; and they are very sensitive concerning things harmful to them- sensitive because the matter concerns their own existence. They admit men who do not share their views, and who desire reform, not only in order to satisfy the demands of these men, but also in their own interest, in that of the Government. These men are dangerous to the Governments if they remain outside them and revolt against them- opposing the Governments the only effective instrument the Governments possess -- public opinion; they must therefore render these men harmless, attracting them by means of concessions, in order to render them innocuous (like cultivated microbes), and then make them serve the aims of the Governments, i.e. oppress and exploit the masses

Both these issues being firmly closed and impregnable, what remains to be done?

To use violence is impossible; it would only cause reaction. To join the ranks of the Government is also impossible- one would only become its instrument. One course therefore remains- to fight the Government by means of thought, speech, actions, life, neither yielding to Government nor joining its ranks and thereby increasing its power.

This alone is needed, will certainly be successful.

And this is the will of God, the teaching of Christ.

There can be only one permanent revolution- a moral one: the regeneration of the inner man.

Image Gallery of On Anarchy