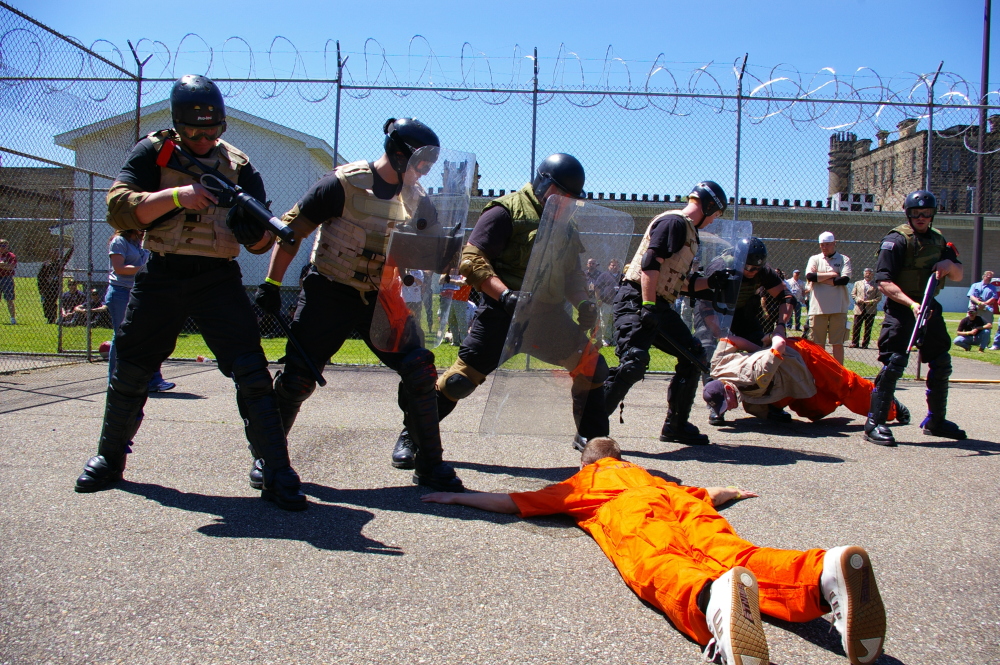 [We have received the following from a non-Anarchist correspondent. "We insert it in the belief that the measured and quiet words in which our contributor describes how the ancient customs and sense of mutual responsibility of the English people have been turned in the hands of evil men and ruling classes into an instrument of cruelty and oppression, may stir some of our readers to think for themselves what is the true meaning of that blind subservience to the law, to which they are daily exhorted by their pastors and masters.--ED.]

Not by argument, but by mere dogged pressure of a class-majority, fighting in its old dull method the fight for its proprietary monopolies, the Jubilee Coercion Bill is being forced through Parliament. But outside of the House the more lissome of the Tories, and their mercenary troops, the politically doomed and desperate band of "Liberal Unionists," make some pretense to their constituents and to the purveyors of public dinners that there is "constitutional" necessity for the Bill. Anarchy, they say in effect, is rampant in Ireland. The first condition of civilized society is the enforcement of "the law." This Bill will enable us to enforce the law, therefore this Bill is necessary for Ireland. Most Tories must know, and some "Liberal Unionists" have even admitted, that, apart from matters relating to the land no charge of lawlessness could be laid against the Irish by the most superstitious of disciplinarians. But this does not prevent the coercionist speakers from appealing, and with some success, to audiences whose ideas on Irish affairs, and the questions really involved in the present struggle, are vague and prejudiced, to support them in their efforts to maintain what they are pleased to call the fundamental principles of civilized society. It is hardly possible for them to attempt to disguise any longer the fact that the real object of the Irish revolt is the expropriation of the landlord class, and they wisely abstain from plunging into argument in justification of the legal claims of that class. For they can see clearly enough from what has passed in England since 'Progress and Poverty' was written that the discussion of this question results in but one opinion among the people. With the audiences to whom they especially appeal it is safe to let the sleeping dog of criticism of the rights of property lie, to take it for granted that a rent-receiving class is part of the necessary order of the universe, and that accordingly machinery for the enforcement of the legal claims of that class is of equally unquestionable necessity.

Socialists are familiar enough with the character which the Times, and the bourgeois press generally, delight to proclaim for the British working man. His special distinction is that he is so law-abiding, and we are continually given to Understand that our cause is hopeless here because the B.W.M. is so enamored of law and order and the rights of property. We have all of us heard this familiar sophistry applauded, even in workmen's clubs, but we are encouraged by the fact that throughout all history there has never been an instance of a class, having power, and its eyes open, that abstained from changing in its own interest the laws by which it would abide, and defining the rights of property, which it intended to recognize. Least of all is the history of England encouraging for those who trust that the nation which, of the great European peoples, earliest rid itself of monarchic and feudal despotism, will show at this period that it has lost its "political good sense."

The appeal, then, is to the law-loving citizen. The assumption is made (and what an assumption it is, when we remember the "nonresistance" controversies of the eighteenth century!) that the English people acknowledge as a principle, that it is the first duty of the citizen to obey the Law, no matter what the working of the Law may be, and further, so long as any law remains in force, to assist, and if need be to strengthen the hands of the executive, for its enforcement. It is pointed out that the executive in Ireland is powerless to enforce certain existing laws, that witnesses will not give evidence nor juries convict in cases where a conviction would be the triumph of a law abominable to the people affected, a law which is exercised only in the interest of an alien crew of rent-receivers. And it is assumed that it is an obvious necessity that extraordinary powers should be given to this crew for the trepanning of witnesses and the ensuring of convictions.

There is no need to be an Anarchist to see the flimsiness of this. True it is that the Judaism and Clergianity in which this nation has so long been steeped, have created for what was once the Common Law, by reflection from the Jewish Decalogue, something of august and superhuman authority, and have obscured the simplicity of the principles on which it was founded. But the most enamored student of the law, the most convinced advocate of the concerted regulation of individuals by the community, will be the last man to be imposed on by the current phrases about its majesty, its wisdom, and the civic duty of not resisting it. He will know that the laws of England first took form as the local customs of independent communes, that their authority rested on two main supports, superstition and local convenience; that superstition having evaporated, general convenience remains now as ever the sole admissible apology for law, and that most of the cant which is still common upon the subject is due to the deliberate importation by the clergy and the lawyers of Judaic and Imperialist ideas, for the aggrandizement of their patrons and the consolidation of the authority of kings. Again and again have the English people repudiated these attempted perversions of their national principles, and their revolts against monarchy and aristocracy have been in one aspect the expression of their insistence that the law lists no authority higher than or apart from the people among whom it lives.

The action of juries and witnesses in Ireland is the action shown by them wherever the jury system exists, under circumstances at all analogous, as in the West Indies and the Southern States of America. The jury, it is significant, one of the most important survivals of the primitive local machinery of "law," still retains in practice much of its old independence, and in its constant conflicts with the Bench of Judges, has been driven to the illogical expedient of acquitting in the teeth of evidence defendants who by the law would suffer when the jury think they should not. And Constitutionalists and Tories should look back to their simple-minded Saxon ancestry, and should hail with respect the primitive, independence of the Jurymen of Connemara and of Kerry who interpret the public opinion of their society, and who dispense in their several neighborhood that Justice which makes for public utility, unblinded by the ignorance and superstition which permitted the feudal and regal law of England to be forged into an engine of exploitation and oppression.

Image Gallery of The Enforcement of the Law