A Glance at Communism

American Anarchist, Feminist, and Freethinker, With Roots in Individualism and Collectivism

: Yet the ascetic also had the soul of a poet. In her poetry and even in her prose, Voltairine eloquently expressed a passionate love of music, of nature, and of Beauty. (From: The Storm!.)
• "...so long as the people do not care to exercise their freedom, those who wish to tyrannize will do so; for tyrants are active and ardent, and will devote themselves in the name of any number of gods, religious and otherwise, to put shackles upon sleeping men." (From: Anarchism and American Traditions.)
• "...political action is never taken, nor even contemplated, until slumbering minds have first been aroused by direct acts of protest against existing conditions." (From: Direct Action.)
• "We are so free! and so brave! We don't hang Brunos at the stake any more for holding heretical opinions on religious subjects. No! But we imprison men for discussing the social question, and we hang men for discussing the economic question!" (From: The Economic Tendency of Freethought.)

A Glance at Communism 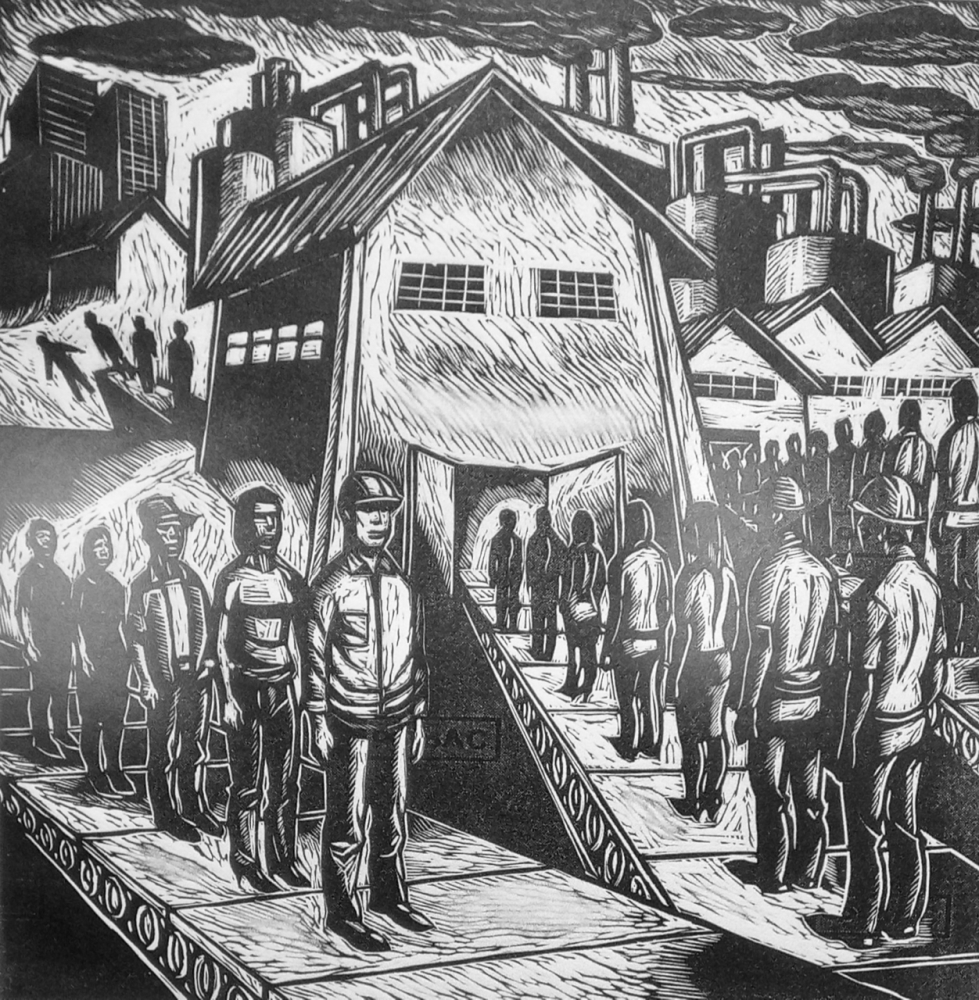 ldquo;Cast thy bread upon the waters,

Find it after many days.”

Two years ago, in a little uptown parlor, the home of a Philadelphia weaver, a group of inquirers after truth were wont to assemble bi-weekly for the discussion of “Communism vs. Individualism.” There were generally present some fifteen Communists and five or six Individualists. Let it be here admitted that while all were earnestly seeking truth, each side was pretty thoroughly convinced that the other was searching in the wrong direction, and as near as I am able to ascertain we are all of the same opinion still. However, in the course of a year some crumbs of the bread floated into sight in the shape of a dialogue presenting the substance of those discussions, which appeared in the TWENTIETH CENTURY. Many more days again passed, and now a new fragment, in the shape of a criticism of the dialogue by M. Zametkin in the “People” of July 17, drifts in with the tide.

In attempting a brief reply to this criticism I do not presume to answer for my co-writer, Miss Slobodinsky. Being an Individualist of the ex-quoted stamp myself, I am in nowise authorized to speak for the “school.” That is the advantage I possess over my critic. Individualism (without quotes) may very comfortably be interpreted as a general name for persons bound to agree upon only one thing, which is that they are not bound to agree on anything else. But when one adds Communist one begins to represent a creed common to a good many others; and if one doesn’t represent it correctly, one must immediately recant or—be excommunicated. I suspect the arguments presented by “the imaginary Communist,” which were really a condensation of those given by fifteen actual Communists in the discussions before mentioned, would be deemed heretical by M, Zametkin (in which case he must take to quotation marks), for it is well known that Communism itself has two individuals within its folds known as the State Communist and the Free Communist. Now, my friends, of whom the imaginary Communist was a composite, and who will be much surprised to learn on good Communistic authority that they are only straw men, belong to the latter variety sometimes called Anarchist-Communists. An Anarchist-Communist is a person who is a man first and a Communist afterwards. He generally gets into a great many irreconcilable situations at once, believes that property and competition must die yet admits he has no authority to kill them, contends for equality and in the same breath denies its possibility, hates charity and yet wishes to make society one vast Sheltering Arms, and, in short, very generally rides two horses going in opposite directions at the same time. He is not usually amenable to logic; but he has a heart forty or fifty times too large for nineteenth century environments, and in my opinion is worth just that many cold logicians who examine society as a naturalist does a beetle, and impale it on their syllogisms in the same manner as the Emperor Domitian impaled flies on a bodkin for his own amusement. Besides, a free Communist when driven into a corner always holds to freedom first. The State Communist, on the other hand, is logical. He believes in authority, and says so. He ridicules a freedom for the individual which he believes inimical to the interests of the majority. He cries: “Down with property and competition,” and means it. For the one he prescribes “take it” and for the other “suppress it.” That is very frank.

Now to the “one point” of criticism, viz: the ill-adjustment of supply to demand in the case of free competition, resulting in a deficiency once in a thousand cases, and over-production the rest of the time—either of which is bad economy. Communism, I infer, would create a general supervisory board, with branch offices everywhere, which should proceed with a general kind of census-taking regarding the demand for every possible product of manufacture, of agriculture, of lumber, of minerals, for every improvement in education, amusement or religion. “Madam, about how many balls do your boys lose annually over the neighbors’ fence? How many buttons do your little girls tear off their frocks? Sir, how many bottles of beer do you stow away in your cellar weekly for Sunday use? Miss, have you a lover? If so, how often do you write him, and how many sheets of paper do you use for each letter? How many gallons of oil do you use in the parlor lamp when you sit up late? This is not intended as personal, but merely to obtain correct statistics upon which to base next year’s output of balls, buttons,: beer, paper, oil, etc. Mr. Storekeeper, show me your books, that the government may make sure you sell no more than the prescribed quantity.’ Mr. Gatekeeper, how many people were admitted to the Zoological Garden last week? Two thousand? At the present ratio of increase the government will supply a new animal in six months. Mr. Preacher, your audiences are decreasing. We must inquire into the matter. If the demand is not sufficient, we must abolish you.” Just what means would be taken by the Commune in case of a natural deficiency, as, for instance, the partial failure of the West Pennsylvania gas wells, to compel the obstreperous element to yield the “prescribed quantity,” I can only conjecture. It might officially order an invention to take the place of the required commodity. Failing this, I do not know what plan would be adopted to preserve the equivalence of labor costs in exchange and have everybody satisfied. Omniscience, however, might provide a way. The competitive law is that the price of a shortened commodity goes up. Free competition would prevent artificial shortening; but if nature went into the business the commodity would certainly exact a premium in exchange, until some substitute had diminished the demand for it. “Ah,” cries Communism, “injustice.” To whom? “The fellows who were robbed in exchange.” And you, what will you do? Exchange labor equivalents to the first comers, and let the rest go without? But what then becomes of the equal right of the others, who may have been very anxious to give more In this last case where is the injustice? As our critic observes, however, deficiency is not the greatest trouble, especially natural deficiency. The main thing is, must we be licensed, protected, regulated, labeled, taxed, confiscated, spied upon, and generally meddled with, in order that correct statistics may be obtained and a “quantity prescribed;” or may we trust to the producers to look out for their own interests sufficiently to avoid under-stocked and overstocked markets ? Whether we may expect provision and order from those concerned, or be condemned to accept a governmental bill of fare from those not concerned. For my part, sooner than have a meddlesome bureaucracy sniffing around in my kitchen, my laundry, my dining-room, my study, to find out what I eat, what I wear, how my table is set, how many times I wash myself, how many books I have, whether my pictures are “moral” or “immoral,” what I waste, etc., ad nauseam, after the manner of ancient Peru and Egypt, I had rather a few thousand cabbages should rot, even if they happened to be my cabbages.

It is possible I might learn something from that.

Image Gallery of A Glance at Communism