Student Leader in Paris, 1968 and Federalist Advocate in the European Union

: "I worked in a bookshop, took part in the establishment of a group called "RevolutionÃ¤rer Kampf" (revolutionary fight) and together with Joschka Fischer I was a member of the Frankfurt Sponti-scene which was exercising the social revolution by means of squatting, street fighting, ad agitation in companies such as Hoechst and Opel." (From: cohn-bendit.eu Bio.)
• "1968 made people free, there was a revolution in society. Now we have new problems, other problems, but if schools donâ€™t function today itâ€™s not because there was a revolt 40 years ago, itâ€™s because socio-economic reality has made those problems and politics has not been able to find an answer." (From: 2008 Interview with Daniel Cohn-Bendit, by Kenny H....)
• "The main problem we have today in the world is to tackle climate change, and we must tackle the socio-ecological effects of globalization." (From: 2008 Interview with Daniel Cohn-Bendit, by Kenny H....)
• "The legacy is the autonomy of the individual, and the idea that collective emancipation must be linked to individual autonomy." (From: 2008 Interview with Daniel Cohn-Bendit, by Kenny H....) 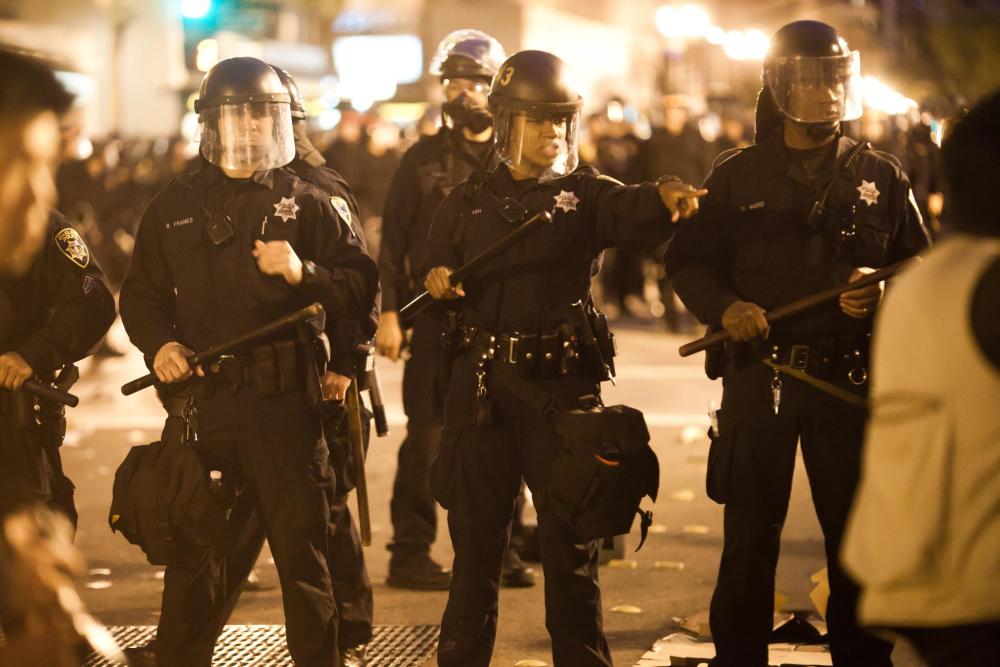 If you say the students are sons of bourgeois you are right. But a minority of them have made a complete break with their class. They are ready to join up with the workers. Where? In the street, where we can argue and can act. People talk about civil war. But on one side there are the workers, the peasants, the students, on the other the bourgeois. The bourgeois will not fight in the streets. And their police are tied down in Paris. There are not enough of them to go round. The first phase of the advanced struggle we are leading must be the occupation of the factories. Then the setting up of revolutionary councils. We must find new forms of management. We must be masters of the means of production. Equality of wages, that is very important. Wages must be equal in an egalitarian society.

It is not a question of attacking the trade union movement, but of creating the conditions for a workers’ democracy, where each, whatever his slogans or his banners, can have his say. I attack the leaders of the union organizations, I do not attack the ordinary union members. Unity of the labor movement will be achieved by the young. Shop by shop the young unionists must unite. Unity won’t come from the top.

Q: How do you describe your political position?

A: Basically I am an anarchist... a Marxist-anarchist.

Q: Some journalists have described you as the leader of the revolution.

A: Let them write their rubbish. These people will never be able to understand that the student movement doesn’t need any chiefs. I am neither a leader nor a professional revolutionary. I am simply a mouthpiece, a megaphone.

Q: What is the reason for your expulsion from France?

A: I don’t begin to understand why de Gaulle had me expelled. Can he really be so stupid?

Q: You talk as if you have a personal hatred for General de Gaulle...

A: It is a tactic, naturally. Above all to defend myself against the accusations of the Party, which wants to pass me off as an agent-provocateur of the régime. And this is because at the moment they do not want de Gaulle to be defeated.

Q: Would you support a Popular Front?

A: A Popular Front at the moment would be an extremely positive step in clarifying the situation: the masses would end up by understanding better the nature of the trade-union bureaucracy and the traditional working-class parties and then an alternative on the left of the Communist Party could very easily be formed.

Q: Isn’t that a little bit of an over-simplification?

A: Not at all. Look, there are two extreme possibilities: on the one hand the victory of a fascist-type reaction and the relative defeat of the proletariat for at least a decade. On the other hand there might be the development of a situation like that in Russia at the beginning of this century: 1905 or else February 1917. If it turns out to be a February 1917 situation, say we have a so-called Popular Front with a Kerensky by the name of Mitterand or Waldeck-Rochet. Certainly there is no shortage of Mensheviks: the difficulty is to find any Bolsheviks!

Q: But is it possible to have a French revolution in a vacuum?

A: No. The revolution in one country is certainly not feasible. Also from an economic point of view. An economic crisis, caused for example by social conflict, cannot remain isolated in one country. Nor a financial crisis, a dollar crisis, transcends as you know all countries. The system is international. However we have to begin by undermining each particular part of it, and in Paris that’s what we have begun. In Paris the situation could truly be described as pre-revolutionary.

Q: What is the role of the Communist Party in all this?

A: The Party is one of the two power-structures which at the moment are propping each other up. De Gaulle and his State on the one defensive, and he is defending his position of power in the State. The Party is on the defensive because it is obliged to defend its position of power within the working-class movement. Our action, by contrast, is offensive: that is its advantage. All these intermediate and transitory objectives arising from the present situation, all the strong pressures from below, are pushing away at the old structures of power. You know, in this situation, the Party hasn’t very much will to take the reins of the bourgeois state into its hands. Moscow is certainly against it: they have very much more reliance on the General than on the little bureaucrats of the French Communist Party.

Q: Consequently a Popular Front would detach the masses from the Party?

A: Yes, that’s more or less the idea, but don’t forget that in reality the whole thing is very much more complex. The existence of the Party is an objective reality, one can’t decide from one day to another to eliminate it. It is thanks to the Party and the CGT that the concept of the class-struggle has kept its significance in the working-class consciousness. Our accomplishment will be to make conscious the divisions which exist between the declarations of the Party and its actual reformist politics. In the struggles of the last few days we have made enormous strides.

Q: But the workers haven’t let you enter the factories.

A: It’s not true. The functionaries of the Party have only partially succeeded in closing the factory gates on us. They have had to do this so as not to lose their position of power, but this has cost them and is going to cost them a great deal.

Q: Do you think of the student movement as a new International?

A: At the moment there are individual contacts and group contacts on an international level, but it is not yet possible to speak of common action. Action is born from below, from the actual situation. It’s just the same as in the struggle against capitalism.

A: Certainly, but that is not the central problem. Coordination would be a positive gain, but a Student International doesn’t interest me. It doesn’t interest me at all. What we need to form is a new revolutionary left, of which the student movement would be a component. Otherwise the student movement will remain isolated, within the limits of a movement of protest. But we may already be overcoming this. In France, in Italy, and to some extent in Germany, there are already links with the working class, even if they are only at a local level.

Q: What do you think will be the organizational form of the new revolutionary movement?

A: It isn’t yet possible to say... We are creating groups at the bottom: workers and students who collaborate for local action. But I don’t think it’s possible to be more precise than this.

Q: Perhaps they are already the Bolsheviks of the new revolution, perhaps they have already decided to institute the dictatorship of the proletariat?

A: No, not the dictatorship of the proletariat. We are against all authority.

Q: What exactly do you stand for? Are you a communist?

A: I am supporting those who form workers’ councils, for self-determination for workers and for students. If this is communist you can call me a communist. But I do not agree with Russian politics. Politics today is not so simple. I am somebody who fights for the self-government of the workers. But when I say that I disagree with the policy of the government in Russia, remember that I disagree also with the policy of the governments in Britain, France, Germany, the USA, etc.

Q: Danny, you are regarded as the leader of the student movement in France...

Q: It has been reported that you said you want to seek political asylum in this country.

A: It’s true I said this. It is a matter of political finesse. I said before that in France there is a pre-fascist situation. Now there was another man who came to this country and asked for asylum when France had a pre-revolutionary situation. This was in 1940 and his name was de Gaulle. He wanted asylum...

A: I do not want to compare myself with de Gaulle, you understand. With the young people it does not matter if you are a Frenchman or a German. We don’t bother about borders. I was born in France and I lived there, and I consider myself in this sense a Frenchman. This is how young people think. It is important to me that sixty to seventy thousand people all shouted “We are all German Jews”.

Q: But Danny, I may be thick, but I still don’t understand what sort of government you want.

Q: But in the Sorbonne you have got what you were after. Why are the students still demonstrating?

A: The students are supporting the working-class. One and a half million workers are still on strike, and they are not striking for the money, they want control of what they do.

Q: What is your reaction to the way you have been received in England?

A: Well, not astonished. It seems that all the governments want to show that we are right in saying that we live in a repressive society. I arrive in England and they don’t want to let me in. Two years ago I came here and nobody said a word. Strange. I don’t have to ask Mr. Wilson and his Home Office if I want to see some people in England...

Q: You wouldn’t want to give the students here some advice on how to make a revolution?

Q: It was said in the House of Lords that you had the intention of using force to carry out plans in this country.

A: A lot of people know more than I know. It’s very interesting how all sorts of people know what I’m doing and organizing. I must really be better than Batman or Superman, just traveling around and organizing world revolution. I think it’s because people are afraid because of the situation in England. And then they are afraid that a little thing can explode because people are not happy in this country. Perhaps this is the problem.