To the Jews of All Countries

: Nestor Makhno was the leader of a libertarian peasant and worker army and insurrection in the Ukraine which successfully fought Ukrainian nationalists, the Whites, the Bolsheviks and the bourgeoisie and put anarchism into practice in the years following the Russian Revolution. (From: Intro to Struggle Against the State.)
• "The first of May is the symbol of a new era in the life and struggle of the toilers, an era that each year offers the toilers fresh, increasingly tough and decisive battles against the bourgeoisie, for the freedom and independence wrested from them, for their social ideal." (From: "The First of May," by Nestor Makhno, First Publis....)
• "The free man, on the other hand, has thrown away the trammels of the past together with its lies and brutality. He has buried the rotten corpse of slavery and the notion that the past is better. Man has already partially liberated himself from the fog of lies and brutality, which enslaved him from the day of his birth, from the worship of the bayonet, money, legality, and hypocritical science." (From: "The Anarchist Revolution," by Nestor Makhno.)
• "I take revolutionary discipline to mean the self-discipline of the individual, set in the context of a strictly-prescribed collective activity equally incumbent upon all." (From: "On Revolutionary Discipline," Dyelo Truda, No. 7-....)

To the Jews of All Countries 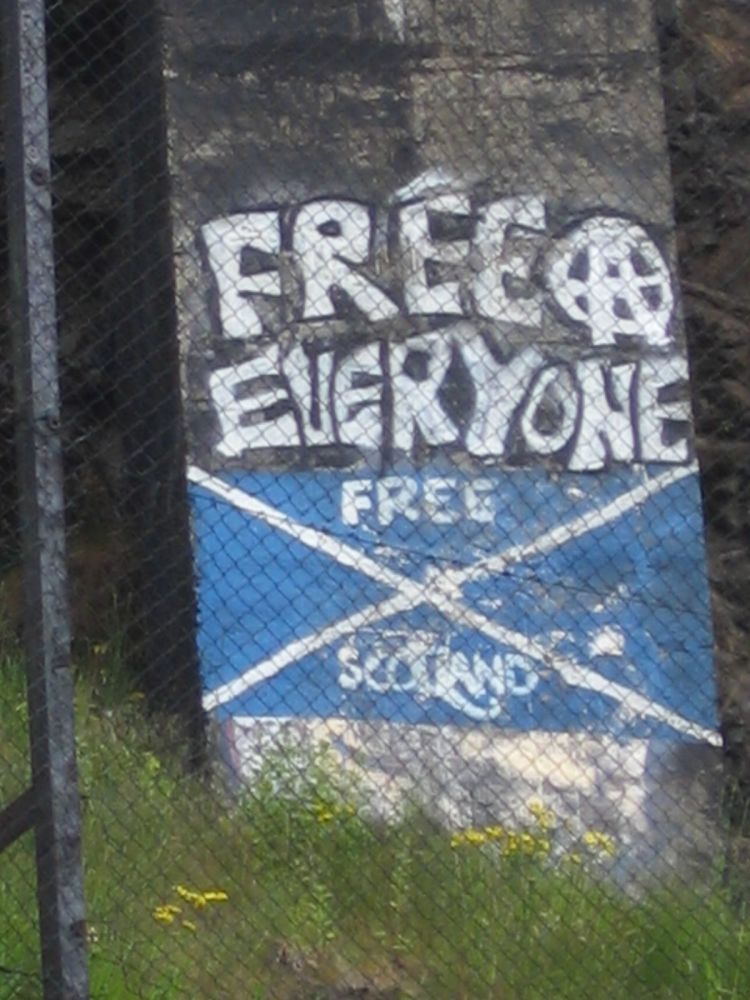 Jewish citizens! In my first "Appeal to Jews", published in the French libertarian newspaper, Le Libertaire, I asked Jews in general, which is to say the bourgeois and the socialist ones as well as the 'anarchist' ones like Yanovsky, who have all spoken of me as a pogromist against Jews and labeled as anti-Semitic the liberation movement of the Ukrainian peasants and workers of which I was the leader, to detail to me the specific facts instead of blathering vacuously away: just where and just when did I or the aforementioned movement perpetrate such acts?

I had expected that Jews in general would answer my "Appeal" after the manner of people eager to disclose to the civilized world the truth about these blackguards responsible for the massacres of Jews in the Ukraine, or indeed that they might attempt to base their shameful anecdotes about me and the Makhnovist movement upon fairly authentic data in that they involve me in them and peddle them to public opinion.

Thus far, no such evidence advanced by Jews has come to my attention. The only thing that has appeared thus far in the press generally, certain Jewish anarchist organs included, regarding myself and the insurgent movement I led, has been the product of the most shameless lies and of the vulgarity of certain political mavericks and their hirelings. Moreover, revolutionary fighting units made up of Jewish workers played a role of prime importance in that movement. The cowardice of slanderers washes over me, for I have always dismissed it for what it is. Jewish citizens may be assured of this if they note that I said not one single word about the travesty from the pen of one Joseph Kessel, entitled Makhno and his Jewess, a novel written on the basis of misinformation regarding myself and the movement connected with me organizationally and theoretically. The nub of that travesty is lifted from the writings of a lick spittle lackey of the Bolsheviks, one Colonel Gerassimenko, recently convicted by the Czech courts of spying on behalf of a Bolshevik military organization.

The novelette is also based upon articles by a bourgeois journalist, one Arbatov, who unashamedly credits me with all manner of violence perpetrated against a troupe of "performing dwarves." An invention from start to finish, of course.

In his novel which simply hives with falsehoods, Kessel contrives to portray me in such an odious light that, at least in those passages where he borrows from the writings of Gerassimenko and Arbatov, he should have named his sources! To the extent that falsehood plays the main role in this novel and that the sources are inconsistent, silence was the only response open to me.

I take a quite different view of the slanders emanating from Jewish societies, which seek to create the impression in their coreligionists that they have diligently scrutinized the despicable and screamingly unjust acts perpetrated against the Jewish population in the Ukraine and whose perpetrators these societies seek to denounce.

A little while ago, one of these societies, which by the way has its headquarters in the kingdom of the Bolsheviks, has issued a book, illustrated with photographs, about the atrocities committed against the Jewish population in the Ukraine and Belorussia, this on the basis of materials amassed by 'comrade' Ostrovsky, which patently means: of Bolshevik provenance. In this 'historical' document there is nowhere any mention of the anti-Jewish pogroms carried out by the much-vaunted First Red Army Cavalry when it passed through the Ukraine en route from the Caucasus in May 1920. By contrast, the same document does mention a number of pogroms and alongside prints the photographs of Makhnovist insurgents, though it is not clear what they are doing there, on the one hand, and which, in point of fact are no even Makhnovists, as witness the photograph purporting to show 'Makhnovists on the move' behind a black flag displaying a death's head: this is a photo that has no connection with pogroms and indeed and especially does not show Makhnovists at all.

An even more significant misrepresentation, targeting myself and the Makhnovists alike, can be seen in the photographs showing the streets of Alexandrovsk, allegedly laid waste following a pogrom mounted by Makhnovists, in the summer of 1919. This crude lie is unforgivable in the Jewish society responsible for publication, for it is common knowledge in the Ukraine that at the time in question the Makhnovist insurgent army was far from that region: it had fallen back into the western Ukraine. Indeed, Alexandrovsk had been under Bolshevik control from February to June 1919, and then been in Denikinist hands until the autumn.

With these documents, the Bolshevik-inclined Jewish society has done a great disservice to me and to the Makhnovist movement: unable to find documentary evidence with which to arraign us - for the benefit of its sponsors - on charges of anti-Jewish pogroms, it has resorted to blatant faking of evidence that has no connection either with me or with the insurgent movement. Its perfidious approach is even more glaringly apparent when it reproduces a photograph - "Makhno, a 'peaceable' citizen" when in fact the person shown is someone absolutely unknown to me.

On all these grounds I regarded it as my duty to address myself to the international Jewish community in order to draw attention to the cowardice and lying of certain Jewish associations in thrall to the Bolsheviks, in charging me personally and also the insurgent movement which I led, of anti-Jewish pogroms. International Jewish opinion must scrupulously examine the substance of these infamous allegations, for the peddling of such nonsense is scarcely the best way of establishing, in the eyes of all, the truth about what the Ukraine's Jewish population endured, not forgetting the fact that these lies serve only to misrepresent History completely.

April, 1927
To the Jews of All Countries — Publication.

Image Gallery of To the Jews of All Countries