: He was the chief interpreter of modern art movements in Great Britain for much of the 20th century and his influence reached into many fields. He is best described as a philosophic anarchist. (From: William Leedem Bio.)
• "The worth of a civilization or a culture is not valued in the terms of its material wealth or military power, but by the quality and achievements of its representative individuals --- its philosophers, its poets and its artists." (From: "The Philosophy of Anarchism," by Herbert Read, Fi....)
• "...the law imposed by the State is not necessarily the natural or just law; that there exist principles of justice which are superior to these man-made laws-principles of equality and fairness inherent in the natural order of the universe." (From: "The Philosophy of Anarchism," by Herbert Read, Fi....)
• "Man is everywhere still in chains. The motive of his activity remains economic, and this economic motive inevitably leads to the social inequalities from which he had hoped to escape." (From: "The Philosophy of Anarchism," by Herbert Read, Fi....) 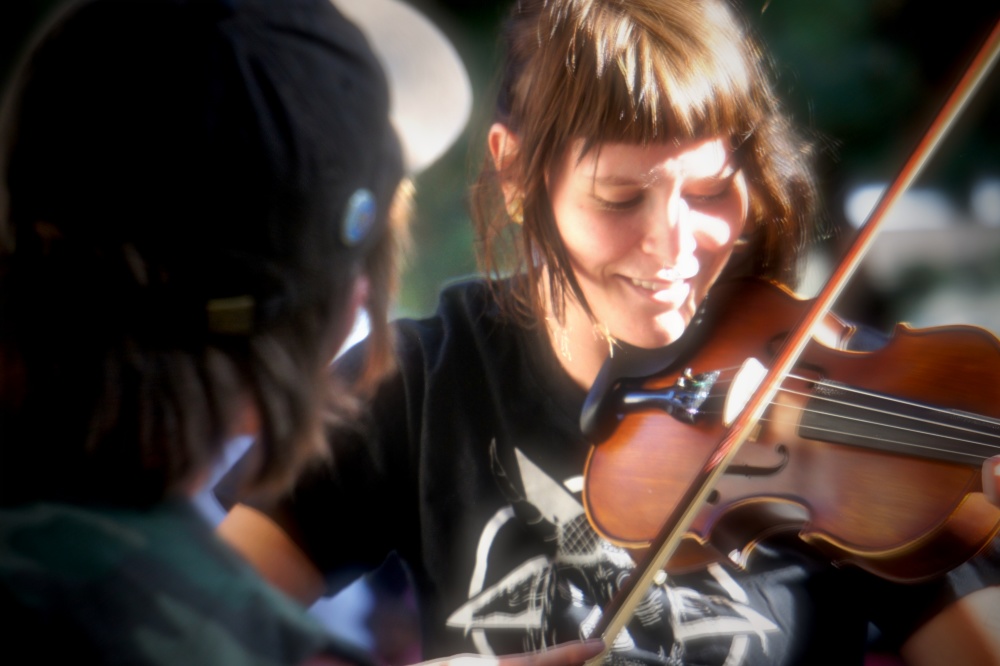 From Meet Kropotkin. The Salvation Series No. 1. Bombay: The Libertarian Book House, n.d.

PRINCE PETER ALEXEIVICH KROPOTKIN was born at Moscow on the 9th December, 1842 (o. s.). His father, Prince Alexei Petrovich Kropotkin, is described by Kropotkin as "a typical officer of the time of Nicholas I", but he seems to have been an easy-going parent, content to leave his son's education to his French tutor until it was time to send him off to a military academy. Kropotkin's mother was the youngest daughter of the commander of a Cossack army corps, General Sulima, and a woman of great refinement and sensibility, qualities which her son must have inherited, for she died before she had time to influence him directly. Kropotkin was then only three and a half years old, and the first half-distinct reminiscence of his life was to be of "a high, spacious bedroom, the corner room of our house, with a wide bed upon which our mother is lying, our baby chairs and tables standing close by, and the neatly served tables covered with sweets and jellies in pretty glass jars-a room into which we children are ushered at a strange hour."

The Kropotkin family was of very ancient origin, and in the feudal period had been of great prominence in the principality of Smolensk. But latterly it had, like so many noble families in Russia, surrendered all of its power and most of its possessions to the centralized autocracy of the Czars, and Prince Alexei might perhaps be best described as a well-to-do country gentleman. He owned nearly twelve hundred male serfs, situated in three different provinces. He kept fifty servants at Moscow, and half as many more in the country, four coach-men to attend to a dozen horses, three cooks for the masters and two more for the servants and a dozen men to wait at dinner. He ran a private "scratch" orchestra of which he was unreasonably proud, and he entertained on an extravagant scale. He seems to have been a good landlord and a kind master. "Nothing, indeed, gave him more pleasure than to be asked for help...for instance, to obtain free education for a boy, or to save somebody from a punishment inflicted upon him by a law court. Although he was liable to fall into fits of rage, he was undoubtedly possessed of a natural instinct toward leniency, and when his patronage was requested he would write scores of letter in all possible directions, to all sorts of persons of high standing, in favor of his protege."

Kropotkin's childhood was much the same kind of childhood as that enjoyed by two other aristocrats who were to become revolutionaries--Mikhail Bakunin and Leo Tolstoy. His autobiography reveals only one event which may have had deeper consequences than he cared to confess. Two years after his mother's death, his father married again, this time the daughter of an admiral--"a young lady with a classical Greek profile, said to have been very beautiful." The new Princess at once set about removing all traces of her predecessor: her portraits, her paintings, her embroideries, the furniture she had used and the servants who had known her. Kropotkin does not often mention his step mother in his autobiography, and we may guess that a certain fidelity to the image of his real mother helped to determine his personality. He remarks of 'himself at the age of fifteen: "human character is usually settled in a definite way at an earlier age than is generally supposed"

At this age he entered the Corps of Pages at St. Petersburg. This was an institution which combined the character of a military academy and a select school for the children of the nobility attached to the Court. There were only one hundred and fifty places, so the nomination was coveted, and young Peter was set upon a career which, in the eyes of his father, should naturally lead to his being appointed aide-de-camp to one of the Grand Dukes, or even to the Emperor himself. The education Kropotkin received was serious and remarkably liberal. In addition to mathematics and purely military subjects, he had excellent teachers in classics and in Russian and German literature. Few of us are lucky to sit under such an inspiring teacher as Klasovsky seems to have been (see pages 20-21 below).

Kropotkin's intellectual development was rapid during the five years he spent at St. Petersburg, and when he passed out in 1862 he had a mind of his own on many subjects--natural science and Russian politics among them. The members of the Corps had the prescriptive right of choosing the regiment to which they should be attached, and Kropotkin, to the consternation of his teachers and comrades, not to mention his father, chose "the mounted Cossacks of the Amur," a recently formed Siberian regiment. "The Amur region had recently been annexed by Russia; I had read (he relates in explanation of his strange choice) all about the Mississippi of the East, the mountains it pierces, the sub-tropical vegetation of its tributary, the Usuri, and my thoughts went further--to the tropical regions which Humboldt had described, and to the great generalizations of Ritter, which I had delighted to read. Besides, I reasoned, there is in Siberia an immense field for the application of the great reforms which had been made or are coming: the workers must be few there, and I shall find a field of action to my tastes."

For some time Kropotkin was aide-de-camp to the governor of Transbaikalia at Chita, and was later appointed attache for Cossack affairs to the governor-general of East Siberia at Irkutsk. Kropotkin describes the five years he spent in Siberia as a genuine education in life and human character. He became secretary of two committees--for the reform of the prisons and the whole system of exile, and for preparing a scheme of municipal self-government--and thus he "was brought into contact with men of all descriptions: the best and the worst; those who stood at the top of society and those who had vegetated at the very bottom--the tramps and the so-called incorrigible criminals." He worked with enthusiasm, reading all that there was to read about the historical development of these institutions in Russia and abroad. But his activity was by no means merely theoretical. "I discussed first the general outlines, and subsequently every point of detail, with practical men, well acquainted with the real needs and the local possibilities; for that purpose I met a considerable number of men both in town and in the province". This practical training in economic and political affairs should be emphasized: it was at the opposite pole to the purely academic education of Karl Marx, and if Marx had had some of Kropotkin's early experience he might not have placed so much of his faith in State administration.

In the summer of 1863 Kropotkin took charge of a geographical survey expedition to the Amur, the immense river which bounded the Asiatic territories recently annexed by Russia. It was proposed to establish a chain of self-supporting settlements along the whole length of the great river and its southern tributary, the Usuri--a stretch of some 2,500 miles--which would serve as a regular means of communication between. Siberia and the Pacific Coast. The expedition completed and his report delivered at St. Petersburg, Kropotkin returned to Siberia and was then sent on another expedition, to explore an old Chinese trade route which cuts straight across northern Manchuria from Transbaikalia via Mergen to Blagoveschensk on the Amur. No European had ever visited the immense region and it was then totally unknown, even to Chinese geographers. This dangerous journey accomplished, in the autumn of the same year Kropotkin made a still more interesting expedition up the Sungari to Kirin, in the heart of Manchuria. All those expeditions produced very valuable results, and gave Kropotkin such an enthusiasm for geographical exploration that in 1867 he left the army and returned to St. Petersburg, where he joined the staff of the University and became secretary to the physical geography section of the