Insurrectionary Anarchist and Alleged Mastermind of the Wallstreet Bombing

: Famous internationally, he was a proponent of propaganda by the deed. Galleani became versed in legal and political theory at the University of Turin while acquiring a law degree. As a fervent supporter of Anarchism, he was wanted by the Italian police. (From: Anarchy Archives.)
• "...like that church that consecrates this usurpation like a particular benediction of god, like the state that is legitimate in the parliaments, in the codes, in the tribunals, and defends it with its rules, with its army; which the morale, the hypocrite and dewy moral flow, the thief merges this camp into a circus of religious devotion." (From: "The Principal of Organization to the Light of Ana....)
• "...they descend from a primeval monopoly, fundamentally: from the cornering, to the work of a greedy minority, of the ground, the fields and minerals, those products of the ground are modified in the elements of life, of security, of joy; of the railways and shops that these products spread for all the latitudes in exchange of other products, or against the gold of the realm that is the tool of wealth, of power, of tyranny..." (From: "The Principal of Organization to the Light of Ana....)
• "The anarchist, assumes himself/herself at least, to have reached (under the whip of experience, or cross the inquiry, the study, the meditation) the belief that social unease in nature and misery is in servitude..." (From: "The Principal of Organization to the Light of Ana....) 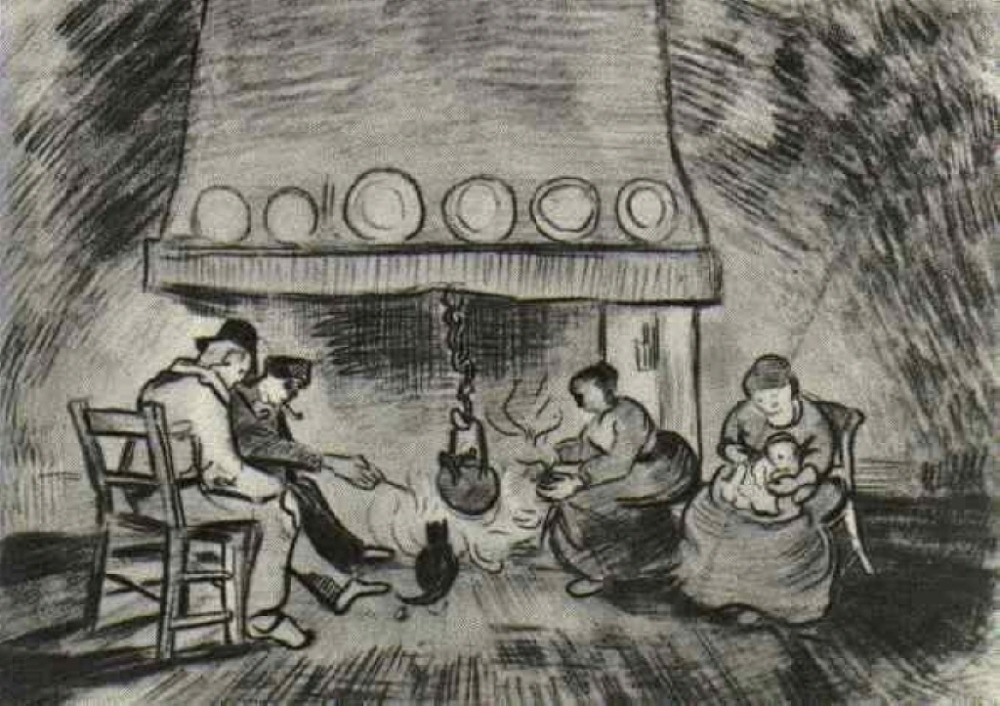 Photo by ErgsArt,
CC BY License

In our last edition we carried the news that Leo Nikolayevitch Tolstoy had died on the morning of 30 November this year in Astapova.

We mentioned at the time something which, albeit a matter of interpretation, is nonetheless true: the report of his death was like a shooting star. Ten days have elapsed since he died and nobody mentions him any more.

Within a few years no one outside of the world of literature proper, where he earned his spurs as long ago as 1863 with War and Peace and Anna Karenina, will have anything more to say about his teachings, his philosophical and moral writings. And rightly so.

Because his entire philosophy boils down to a sterile attempt at an impossible revival of Christianity and his entire morality finishes in the most mischievous teaching of resignation and forbearance, in the duty of nonresistance to evil. […] In his eyes, the whole essence of Christianity was summed up in the address that, according to legend, Christ delivered to his disciples on the Mount of Olives:

In the name of these five commandments of the Lord, he ventured to rail at the churches which “have not only continually misunderstood Christ’s teaching and, as a result of circumstances, have always been bitterly hostile to it” but “as churches, as congregations preening themselves upon their own infallibility, they are blatantly anti-Christian institutions”; and in the name of the five commandments of the Lord, he hurled thunderbolts at the State, the law, the police, the courts and the army. Not in the name of humanity, not in the name of freedom, but in Christ’s name! Christ stated: “Judge not, lest ye be judged!” and in Christ’s name he repudiated courts and judges; Christ gave to command “Thou shalt not kill!” and in Christ’s name he rejected military service which is schooling in murder; he repudiated the state that rules over these jails.

He rejected the state and the law because their rigors were reserved for only a tiny, limited range of actions reproached by morality and public opinion: “Ever since the time of Moses, public opinion has been critical of selfishness, cruelty and self-indulgence; it condemns selfishness in all its forms, not just when it trespasses violently against one’s neighbors goods; it condemns any sort of fornication with courtesans, with divorced women as well as with lawful spouses; it condemns cruelty in every shape; mistreatment, hunger, outrages, not merely against men but also against animals; whereas the law condemns only SOME of the forms of selfishness, thievery and fraud: SOME forms of self-indulgence and cruelty, adultery, mutilation or murder, and thereby legitimizes all other forms of self-indulgence, selfishness and cruelty.”

Thus Tolstoy was able to conclude that “respect for any law is a sign of the crassest ignorance”, not on the basis of excess but rather because it is lacking in severity and authority.

This proud stand by Tolstoy against the church and the state and indeed against property, for he always looked upon the rich as “culpable just for being rich” led many to suspect that Tolstoy was an anarchist. And that suspicion was bolstered by the opinions that he articulated regarding the summary execution of Alexander II and Umberto I. […]

Tolstoy was no anarchist, principally because anarchism looks to a life freed of every yoke of authority, of divine authority and then of human authority, and he was a believer, “a slave of God” as he was wont to describe himself, because anarchism represents the future and progress and is the highest form of progress conceivable for a more civilized human society, whereas he would drag us back to primitive Christianity, which is a formula superseded by twenty centuries of experience; because anarchism embraces all of the historical, scientific, economic and moral factors that represent the patrimony of existing humanity and uses them as the basis of its thoughts about the new society and is therefore rational and scientific in its very hypotheses, whereas Tolstoyan theory is theological metaphysics complicated by an absurdly anti-human morality; because whereas Tolstoy urges humility, anarchism says pride; where Christianity says resignation, anarchism says revolt; where the former urges repentance the latter screams freedom, well-being, and an intensely, inalienably full life! What previously befell Herbert Spencer has befallen Tolstoy. In his struggle of the individual against the state, Herbert Spencer never let slip the chance to make anarchists the targets of his sarcasm and invective, yet no one has ever furnished anarchists with more interesting and effective weapons of revolutionary destruction.

In his crusade against any form of violence so as to expedite through resignation and passive resistance the advent of the “kingdom of heaven” here on earth, Tolstoy has injected swirls of obstreperous blood into the veins of proletarian revolt with his inexorable criticisms of the basic institutions of bourgeois society.

Which is why among those bourgeois who trust more to the efficacy of the king’s grapeshot than to the Christian message of the apostles … twenty years too late, Leo Tolstoy has been forgotten: which may account for the abundance of pious obituary notices in subversive newspapers and even in those such as our own which never had any fondness for him but dared, irreverent iconoclasts as we are to question even the sincerity of his faith and apostolate.

Because, in all honesty, we had and still have rather more than suspicions doubts as to the sincerity of his message, and were never enamored of it.