Letter from Bakunin to Herzen and Ogareff, from San Francisco, October 3, 1861

: The originality of his ideas, the imagery and vehemence of his eloquence, his untiring zeal in propagandism, helped too by the natural majesty of his person and by a powerful vitality, gave Bakunin access to all the socialistic revolutionary groups, and his efforts left deep traces everywhere... (From: The Torch of Anarchy.)
• "The State is the authority, the rule, and organized power of the possessing class, and the make-believe experts over the life and liberty of masses. The State does not want anything other than the servility of the masses. At once it demands their submission." (From: "The Organization of the International," by Mikhai....)
• "The principle of political or State morality is very simple. The State, being the supreme objective, everything that is favorable to the development of its power is good; all that is contrary to it, even if it were the most humane thing in the world, is bad. This morality is called Patriotism." (From: "Marxism, Freedom, and the State," Translated and ....)
• "You taunt us with disbelieving in God. We charge you with believing in him. We do not condemn you for this. We do not even indict you. We pity you. For the time of illusions is past. We cannot be deceived any longer." (From: "God or Labor: The Two Camps," by Mikhail Bakunin,....)

Letter from Bakunin to Herzen and Ogareff, from San Francisco, October 3, 1861 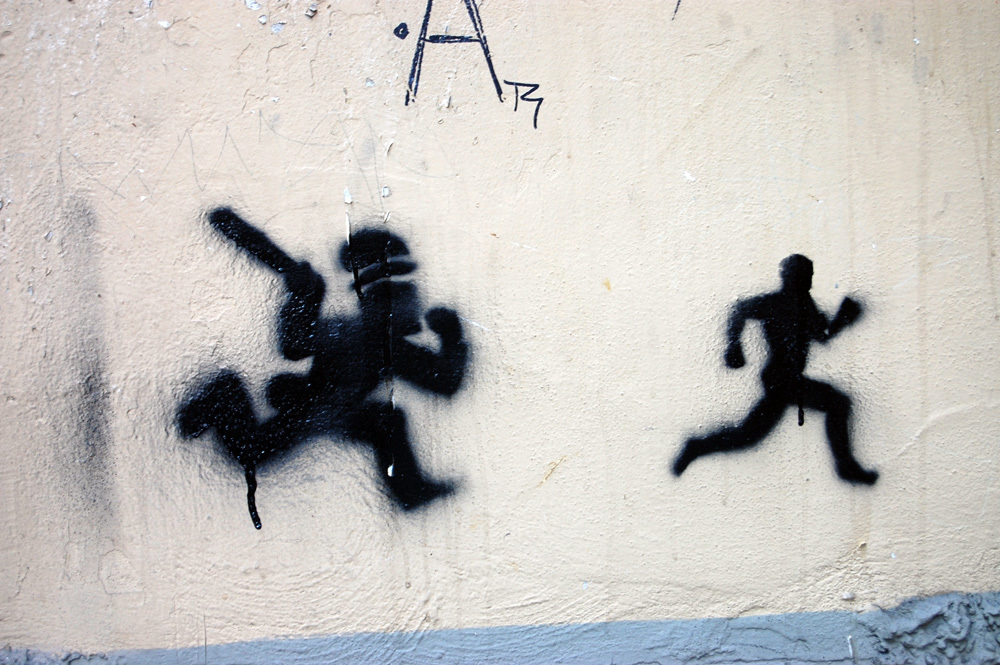 Letter from Bakunin to Herzen and Ogareff

I was able to escape Siberia and after having traveled for a long time on the Amour and through the coasts and straits of Tartarie, in crossing Japan, I have finally arrived in San Francisco. But during this trip my savings, very modest as they were, have been completely exhausted and if I had not stumbled across a generous man who willingly loaned me 250 dollars to take the train from New York, I would have found myself in a terrible predicament. You, my friends, are too far away, and in this particular city I know no one. I hope to arrive in New York on November 6. If I have calculated correctly, this letter should reach you on the 15th, therefore I would be able to receive your response at the end of this month. I hope that you have already received money for me, which should have been rushed from Russia. In any case, please send 500 dollars to me in New York, which will give me, if I am not mistaken, 100 pounds sterling which are essential for my travel expenses to London. Then, I will be able to arrive at your place around December 10. One other request I have of you: as soon as you have received this letter, immediately inform my brothers (in Tver or in the village of Priamoukino, in the district of Tver Nicolas Alexandrovitch Bakunin), through the intermediary of your friends in Russia, that I have arrived safe and sound in San Francisco and that I will be in London in the middle of December. My wife is surely already with them, in the countryside, and will hasten to join me in London in the company of one of my brothers or another person. Another favor: please rent an inexpensive flat for me in your neighborhood, and write to me in New York letting me know where I will have to go upon arriving in London. Should my new residence be too tiny to accommodate my wife, I will look for another upon her arrival. My address in New York is: M. Bakunin, " Howard house", low Broadway road Courtland. Attach to your letter some kind of a certificate in my name specifying where the sum I will be able to withdraw and the name of the banker in New York to whom I must show the money order from the London banker.

My friends, my heart goes out to you, and once I arrive in London I will put myself to work. At your place I will serve the Slavic-Polish cause, because since 1846 this question has become a fixation in my mind; it is a specialty that I chose for myself in 1848 and 1849. My last call will be the destruction of Austria, total destruction, but to say that this will be my final act would be to ambitious. I am ready to do anything to serve this cause: I will consent to engaging myself like a drummer, pushing the rhythm until it becomes a spectacle, and if ever I manage to succeed in creating discussion about this issue, I would be elated. Because, underneath this issue lies in all its beauty the free Slavic Federation which represents the only real issue for Russia, Ukraine, and Poland and all the Slavic countries. I eagerly await tomorrow's mail to have news of Russia and Poland. For now, I have to content myself with a few vague rumors which float around. I have heard about new, bloody skirmishes in Poland between the people and troops; I was told that, even in Russia, there was a conspiracy against the czar and the whole royal family.

I am equally passionate about the struggle between the North and the Southern American states. Of course, my heart goes out to the North. But alas! It is the South who acted with the most force, wisdom, and solidarity, which makes them worthy of the triumph they have received in every encounter so far. It is true that the South has been preparing for war for three years now, while the North has been forced to improvise. The surprising success of the ventures of the American people, for the most part happy; the banality of the material well being, where the heart is absent; and the national vanity, altogether infantile and sustained with very little cost; all seem to have helped deprave these people, and perhaps this stubborn struggle will be beneficial to them in so much as it helps the nation regain its lost soul. This is my first impression; but it could very well be that I will change my mind upon seeing things up close. The only thing is, I will not have enough time to examine really closely. I will only stay five days in San Francisco, and after having reached New York, I will head towards Boston, and from there I will go to Cambridge to see an old friend, Professor Agassiz, to ask him for a few letters of recommendation, after which I will spend a few days I Washington. In this manner, I will have the possibility to initiate myself to very little concerning this issue.

During my trip here, I was able to organize a good deal that will certainly please you. Knowing with what great avidity La Cloche and l'Etoile Populaire are read in Siberia, and how difficult it is to find these publications, I arranged for the sale of your editions to three foreign merchants; a German in Shanghai, an American in Japan, and another American in Nocolaevsk, which is situated at the mouth of the Amour. They will take them on the condition that we send everything from London, and as such all our materials will be sold to officers in the Russian Navy and to merchants in Kiakhta who, each year are more numerous in the waters of the Amour and the Pacific Ocean. We could therefore sell 100 to 300 papers, a small quantity from a business standpoint but considerable from a political view.

Alas, I must now finish my letter, as it is long past time to go to bed. My friends, I say good bye to you. Let Reichel know that I am revived and that my friendship for him is still unwavering.

Image Gallery of Letter from Bakunin to Herzen and Ogareff, from San Francisco, October 3, 1861