Letter from Bakunin to the Comrades of the Jura Federation, 1873

: The originality of his ideas, the imagery and vehemence of his eloquence, his untiring zeal in propagandism, helped too by the natural majesty of his person and by a powerful vitality, gave Bakunin access to all the socialistic revolutionary groups, and his efforts left deep traces everywhere... (From: The Torch of Anarchy.)
• "You taunt us with disbelieving in God. We charge you with believing in him. We do not condemn you for this. We do not even indict you. We pity you. For the time of illusions is past. We cannot be deceived any longer." (From: "God or Labor: The Two Camps," by Mikhail Bakunin,....)
• "The capitalists are by no means philanthropists; they would be ruined if they practiced philanthropy." (From: "The Capitalist System," by Mikhail Bakunin. This....)
• "Individual liberty - not privileged liberty but human liberty, and the real potential of individuals - will only be able to enjoy full expansion in a regime of complete equality. When there exists an equality of origins for all men on this earth then, and only then ... will one be able to say, with more reason than one can today, that every individual is a self-made man." (From: "Essay from Egalite August 14, 1869," by Mikhail B....)

Letter from Bakunin to the Comrades of the Jura Federation, 1873

From: Bakunin on Anarchy, translated and edited by Sam Dolgoff, 1971.

Letter to the Comrades of the Jura Federation 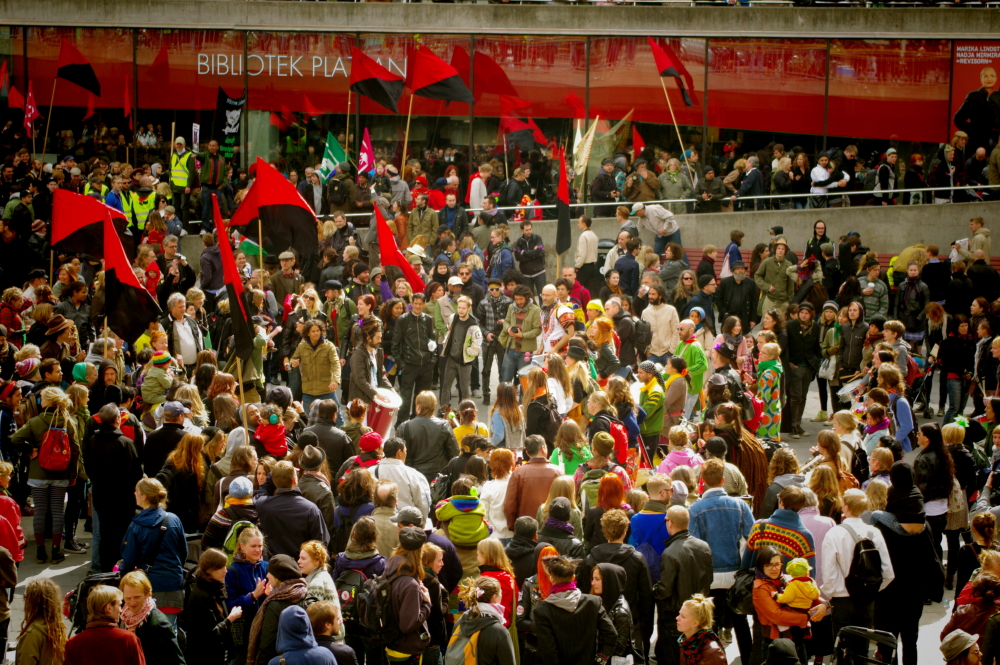 Photo by altemark,
CC BY License

I cannot retire from public life without addressing to you .these few parting words of appreciation and sympathy.

... in spite of all the tricks of our enemies and the infamous slanders they have spread about me, your esteem, your friendship, and your confidence in me have never wavered. Nor have you allowed yourselves to be intimidated when they brazenly accused you of being "Bakuninists," hero-worshipers, mindless followers...

You have to the highest degree always conscientiously maintained the independence of your opinions and the spontaneity of your acts; the perfidious plots of our adversaries were so transparent that you could regard their infamous insinuations only with the most profound disgust...

Powerfully supported by your fellow workers of Italy, Spain, France, Belgium, Holland, and America, you have once again repulsed the dictatorial attempts of Mr. Marx and placed the great International Workingmen's Association back on the right road...

Your victory, the victory of freedom and of the International against authoritarian intrigues, is complete. Yesterday, when victory seemed to hang in the balance — although I for my part never doubted it — it would have been impermissible for anyone to leave your ranks. But now that it is a fait accompli, everyone has the freedom to act according to his personal convenience.

I therefore take this opportunity, my dear comrades, to beg you to accept my resignation as a member of the Jura Federation and of the International.

... Do not believe that I resign mainly because of the personal disgust and disappointments that I have suffered during the last few years. Although I have not been altogether insensitive to these indignities, I would have continued to endure them if I thought that my participation in your struggles would help the cause of the proletariat. But I do not think so any longer.

By birth and personal status — though certainly not by sympathy or inclination — I am a bourgeois and, as such, the only useful work that I can do among you is propagandize. But I am now convinced that the time for grand theoretical discourses, written or spoken, is over. During the last nine years more than enough ideas for the salvation of the world have been developed in the International (if the world can be saved by ideas) and I defy anyone to come up with a new one.

But neither my age nor my health allows this. I must, on the contrary, have privacy and repose. Any effort, even a short journey, becomes for me a very serious undertaking. I feel sufficiently strong morally, but physically I tire too quickly, and I no longer have the necessary strength for struggle. In the camp of the proletariat I can be only an obstacle, not a help.

You see then, my friends, that I am obliged to offer my resignation. Living far from you and from everyone, of what use would I be to the International in general and the Jura Federation in particular? Your great association in its militant and practical activities cannot permit sinecures or honorary positions.

I will retire then, dear comrades, full of gratitude to you and sympathy for your great and holy cause, the cause of humanity. With brotherly concern I will avidly watch your progress, and salute with joy each of your new triumphs. Until death I will be yours...

But before parting, permit me again to add these few words. The battle that you will have to sustain will be terrible. But do not allow yourselves to be discouraged and know that in spite of the immense material resources of our adversaries, your final triumph is assured if you faithfully fulfill these two conditions: adhere firmly to the great and all-embracing principle of the people's liberty, without which equality and solidarity would be falsehoods, Organize ever more strongly the practical militant solidarity of the workers of all trades in all countries, and remember that infinitely weak as you may be as individuals in isolated localities or countries, you will constitute an immense irresistible force when organized and united in the universal collectivity.

1873
Letter from Bakunin to the Comrades of the Jura Federation, 1873 — Publication.

Image Gallery of Letter from Bakunin to the Comrades of the Jura Federation, 1873