In Memory of Chicago

In Memory of Chicago 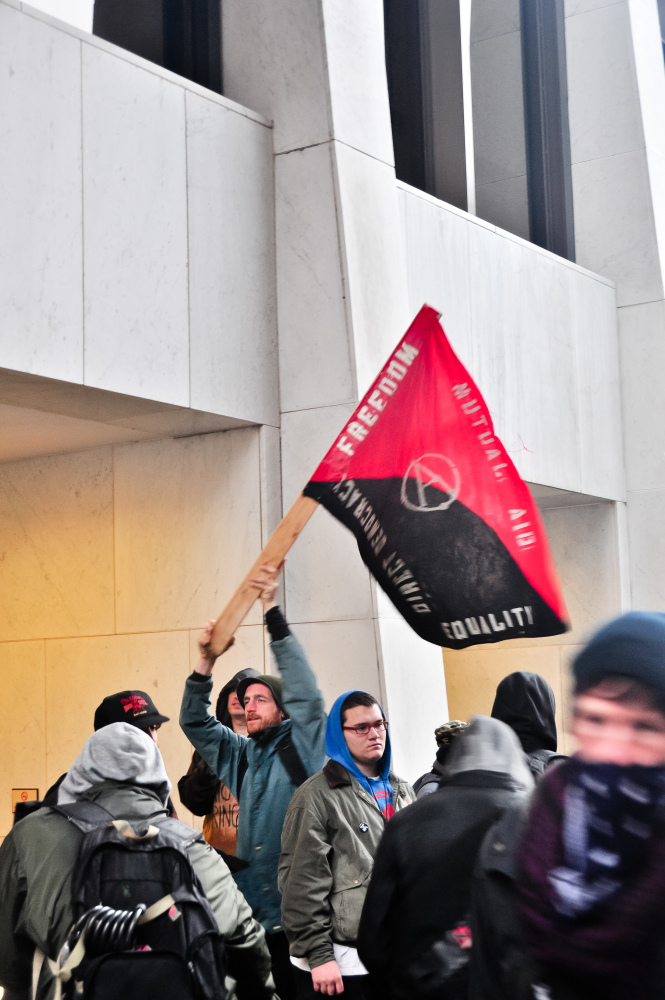 Since the death of those Chicago comrades of ours whose names are engraved on the hearts of all those who struggle for freedom, two years have passed away, during which the Anarchist cause has advanced by leaps and bounds. In America itself it does not appear to us Europeans that great progress has been made, because there have been no stirring events such as have happened on this side of the Atlantic, but those who know the workers of the United States best know that the new ideas are ever gaining fresh adherents. and that with the increasing tyranny of capitalist rule has grown up in the hearts of hundreds of thousands of the most intelligent of American workmen a determination to be free. The men who will lead the Social Revolution in America are it is true as yet unknown. but the thinkers and the promulgators of the. new ideas are everywhere. Labor literature in the English, French, German, Bohemian and Jewish languages is being scattered in all directions. Some of it is very mild stuff confined to the advocacy of mere Trade Unionism and the demand for a slight improvement in wages and the condition of labor, but touch of it is philosophical, theoretical, and revolutionary. The new ideas are fermenting and the revolutionary party is taking form. Meanwhile more than a million of fresh competitor-, in the labor market have arrived from Europe and have learned how unsound was their belief in American prosperity and freedom. The struggle for wealth has grown keener, the wealth possessors have become less numerous, the monopolists have become more powerful and less considerate for the existence of the wage slaves, and the workers themselves have become poorer and poorer. In a word a revolutionary situation is being created, and nothing but a miracle can avert for lot,- the events which will inaugurate the Social Revolution in the territory the capitalist republic. Those who know the history of the Pennsylvanian revolt of 1877 and of the eight hours movement of 1886 will readily understand how Europe may some day it the near future be startled by the opening of a new Anti-Slavery campaign on the other side of the Atlantic, to which the Chicago Hay- market and the brave men who were murdered on -Nov. 11, 1887, will stand in the same relation as Harper's Ferry and John Brown did to the war of a generation ago.

Turning to England we see that when the government of Illinois decreed the death of Parsons, Fischer, Lingg Engel and Spies, they give an impulse to the movement here which practically created English revolutionary Anarchism Even those Socialists who are completely opposed to Anarchist ideals were compelled to come forward and recognize the undaunted courage and the true-hearted devotion of our comrades to the workers' cause. And the fact that they were anarchists induced a great many worker, to investigate and to think, in which they were aided by the speeches made before the judge and the articles written in the prison cell by the men who never ceased to work for freedom until they died. Hence it is largely due to them that to-day we have in England quite a number of Anarchist speakers and writers and workers of other kinds. The anniversary of their death has become a red letter day with us as with the Revolutionary Socialists all over the globe, and meetings are to be held here in London, in Norwich and other towns as well as in all the centers of Anarchist Spain, France and Italy, and of course in the United States itself. That these meetings will encourage to still greater efforts those who work to realize the ideal society for which our comrades died we are sure, as sure as we are that very few such anniversary meetings will be held before the Social Revolution of which they were forerunners will have commenced in real earnest.

Henrik Ibsen: --I detest leading men. . . . They are like goats in a young plantation: they do harm everywhere: they stand in the path of a free man wherever he turns But it is "not this sort of people that are the most serious danger of society; it is not they who are the most effective in poisoning our spiritual life or making pestilential the ground beneath our feet; it is not they who are the most dangerous enemies of truth and freedom in our society. . . . The most dangerous enemies of truth and freedom in our midst are the compact majority. Yes. the damned. compact. liberal majority-they it is ! Now you know it. . . .It is this great majority of our society that robs me of my freedom and wants to forbid me to speak the truth. . . . the majority is never right. Never, I say. That is one of those conventional lies against which a free, thoughtful man must rebel. Who are they that make up the majority of a country? Is it the wise men or the foolish? I think we must agree that the foolish folk are at present in a terribly overwhelming majority all around and about us the wide world over. But, devil take it, it can surely never be right that the foolish should rule over the wise! Yes, yes, you can shout me down, but you cannot gainsay me. The majority has might-unhappily-but right it has not. I and a few others are right. The minority is always right." -En Folkefiende.

Image Gallery of In Memory of Chicago