Neither Democrats, nor Dictators: Anarchists

: There have almost certainly been better anarchist writers, more skilled anarchist organizers, anarchists who have sacrificed more for their beliefs. Perhaps though, Malatesta is celebrated because he combined all of these so well, exemplifying thought expressed in deed... (From: Cunningham Bio.)
• "And tomorrow, in the revolution, we must play an active part in the necessary physical struggle, seeking to make it as radical as possible, in order to destroy all the repressive forces of the government and to induce the people to take possession of the land, homes, transport, factories, mines, and of all existing goods, and organize themselves so that there is a just distribution immediately of food products." (From: "The Anarchist Revolution," by Errico Malatesta.)
• "...the oppressed are always in a state of legitimate self-defense, and have always the right to attack the oppressors." (From: "Anarchists Have Forgotten Their Principles," by E....)
• "...the agelong oppression of the masses by a small privileged group has always been the result of the inability of the oppressed to agree among themselves to organize with others for production, for enjoyment and for the possible needs of defense against whoever might wish to exploit and oppress them. Anarchism exists to remedy this state of affairs..." (From: "Anarchism and Organization," Authored by Errico M....)

Neither Democrats, nor Dictators: Anarchists 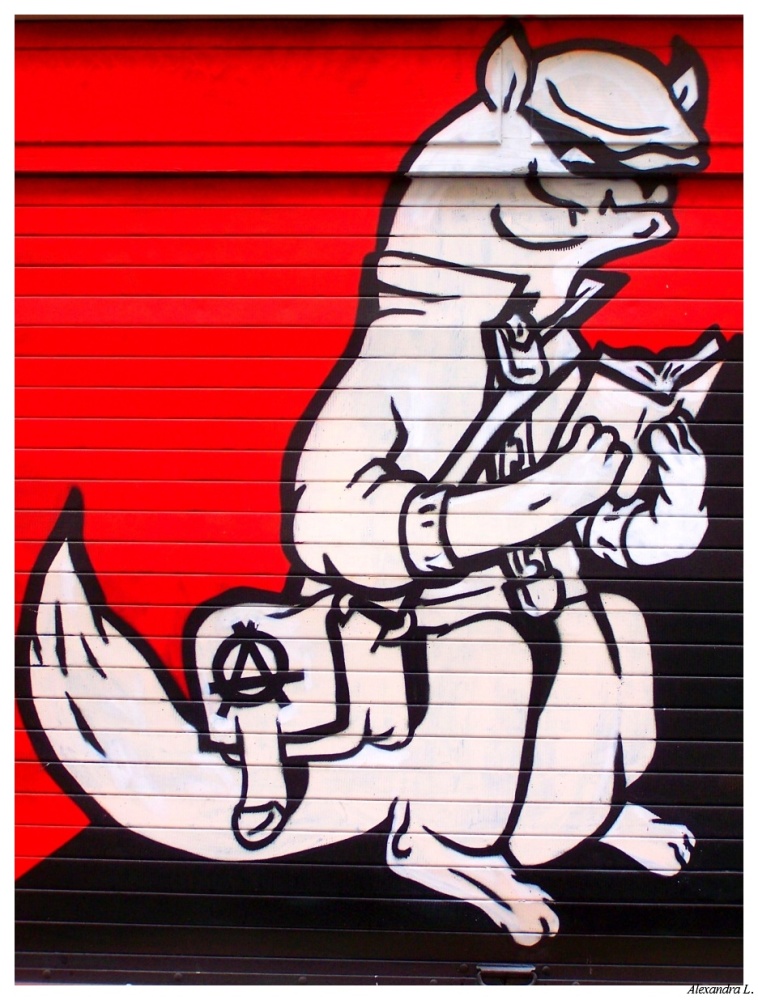 Theoretically ‘democracy’ means popular government; government by all for everybody by the efforts of all. In a democracy the people must be able to say what they want, to nominate the executors of their wishes, to monitor their performance and remove them when they see fit.

Naturally this presumes that all the individuals that make up a people are able to form an opinion and express it on all the subjects that interest them. It implies that everyone is politically and economically independent and therefore no-one, to live, would be obliged to submit to the will of others.

If classes and individuals exist that are deprived of the means of production and therefore dependent on others with a monopoly over those means, the so-called democratic system can only be a lie, and one which serves to deceive the mass of the people and keep them docile with an outward show of sovereignty, while the rule of the privileged and dominant class is in fact salvaged and consolidated. Such is democracy and such it always has been in a capitalist structure, whatever form it takes, from constitutional monarchy to so-called direct rule.

There could be no such thing as a democracy, a government of the people, other than in a socialistic regime, when the means of production and of living are socialized and the right of all to intervene in the running of public affairs is based on and guaranteed by the economic independence of every person. In this case it would seem that the democratic system was the one best able to guarantee justice and to harmonize individual independence with the necessities of life in society. And so it seemed, more or less clearly, to those who, in the era of the absolute monarchs, fought, suffered and died for freedom.

But for the fact that, looking at things as they really are, the government of all the people turns out to be an impossibility, owing to the fact that the individuals who make up the people have differing opinions and desires and it never, or almost never happens, that on any one question or problem all can be in agreement. Therefore the ‘government of all the people’, if we have to have government, can at best be only the government of the majority. And the democrats, whether socialists or not, are willing to agree. They add, it is true, that one must respect minority rights; but since it is the majority that decides what these rights are, as a result minorities only have the right to do what the majority wants and allows. The only limit to the will of the majority would be the resistance which the minorities know and can put up. This means that there would always be a social struggle, in which a part of the members, albeit the majority, has the right to impose its own will on the others, yoking the efforts of all to their own ends.

And here I would make an aside to show how, based on reasoning backed by the evidence of past and present events, it is not even true that where there is government, namely authority, that authority resides in the majority and how in reality every ‘democracy’ has been, is and must be nothing short of an ‘oligarchy’ — a government of the few, a dictatorship. But, for the purposes of this article, I prefer to err on the side of the democrats and assume that there can really be a true and sincere majority government.

Government means the right to make the law and to impose it on everyone by force: without a police force there is no government.

Now, can a society live and progress peacefully for the greater good of all, can it gradually adapt to ever-changing circumstances if the majority has the right and the means to impose its will by force on the recalcitrant minorities?

The majority is, by definition, backward, conservative, enemy of the new, sluggish in thought and deed and at the same time impulsive, immoderate, suggestible, facile in its enthusiasms and irrational fears. Every new idea stems from one or a few individuals, is accepted, if viable, by a more or less sizable minority and wins over the majority, if ever, only after it has been superseded by new ideas and new needs and has already become outdated and rather an obstacle, rather than a spur to progress.

But do we, then, want a minority government?

And then, one must not forget that there are all kinds of different minorities. There are minorities of egoists and villains as there are of fanatics who believe themselves to be possessed of absolute truth and, in perfectly good faith, seek to impose on others what they hold to be the only way to salvation, even if it is simple silliness. There are minorities of reactionaries who seek to turn back the clock and are divided as to the paths and limits of reaction. And there are revolutionary minorities, also divided on the means and ends of revolution and on the direction that social progress should take.

Which minority should take over?

This is a matter of brute force and capacity for intrigue, and the odds that success would fall to the most sincere and most devoted to the general good are not favorable. To conquer power one needs qualities that are not exactly those that are needed to ensure that justice and well-being will triumph in the world.

But I shall here continue to give others the benefit of the doubt and assume that a minority came to power which, among those who aspire to government, I considered the best for its ideas and proposals. I want to assume that the socialists came to power and would add, also the anarchists, if I am not prevented by a contradiction in terms.

This would be the worst of all?

Yes, to win power, whether legally or illegally, one needs to have left by the roadside a large part of one’s ideological baggage and to have got rid of all one’s moral scruples. And then, once in power, the big problem is how to stay there. One needs to create a joint interest in the new state of affairs and attach to those in government a new privileged class, and suppressing any kind of opposition by all possible means. Perhaps in the national interest, but always with freedom-destructive results.

An established government, founded on the passive consensus of the majority and strong in numbers, in tradition and in the sentiment — sometimes sincere — of being in the right, can leave some space to liberty, at least so long as the privileged classes do not feel threatened. A new government, which relies for support only on an often slender minority, is obliged through necessity to be tyrannical.

One need only think what the socialists and communists did when they came to power, either betraying their principles and comrades or by flying colors in the name of socialism and communism.

This is why we are neither for a majority nor for a minority government; neither for democracy not for dictatorship.

We are for the abolition of the gendarme. We are for the freedom of all and for free agreement, which will be there for all when no one has the means to force others, and all are involved in the good running of society. We are for anarchy.

May, 1926
Neither Democrats, nor Dictators: Anarchists — Publication.

Image Gallery of Neither Democrats, nor Dictators: Anarchists