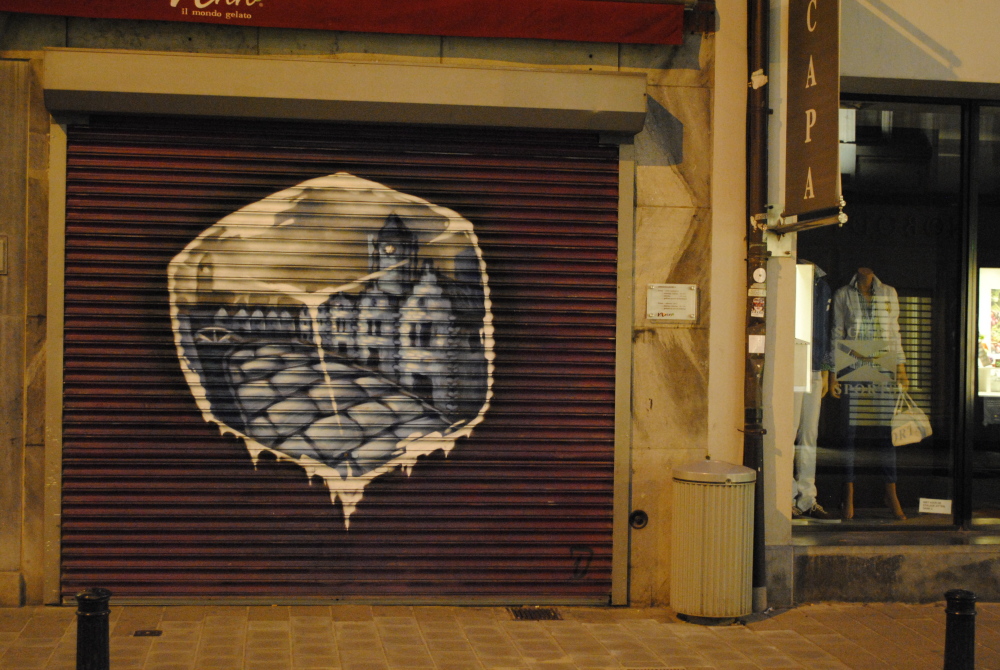 The Republican rulers of France have consummated their own disgrace by sentencing to three years' imprisonment seven young men of whom is Russian majesty was afraid. Some of these were studying chemistry and experimenting on the force of explosives, and the Czar has his reasons for objecting to his faithful subjects becoming too learned in that line. The absurd charge of conspiracy fell through at the trial, but the popular dread of "anything that might go off" was cleverly used to make the prisoners appear dangerous. The spy who worked up the affair-the gentleman one of whose many aliases is Landesen -was condemned to five years by default, i.e., after he had had time and means given to him to get out of the way. All of which as so gratified the Czar that he has decorated the Russian ambassador in Paris, and given a fine now house to the French Ambassador in St. Petersburg.

"You are men of the people; do not fire upon your brethren. Fire upon anyone who commands you to fire upon the people." For distributing this advice among the soldiers of Paris, on the eve of May 1st, Comrade Merlino and four other Anarchists have been condemned to two years' imprisonment and a big fine. They are not much the worse, however, &a they were all absent when sentence was pronounced, not caring to explain their conduct before D. court where the president was both prosecutor and judge and the middle-class jury had condemned them beforehand. Comrades Merlino and Stoianoff sent in a declaration claiming the entire moral and legal responsibility for the "Appeal to the Soldiers," and stating that they had written and distributed it in the hope of averting the threatened massacre of the people of Paris by the troops. In both appeal and declaration our comrades plainly avow their Anarchist principles.

Is it not remarkable that last month's strikes have all been revolts against authority quite as much as against economic exploitation? The Guards and policemen were enraged by vexatious regulations, the postmen by the refusal of their right to combine, Allen's girls by the arbitrary dismissal of a comrade. It is a sign of the times that even soldiers, policemen, Government servants, and women will not stand unlimited bullying any longer.

Last mouth we published an invitation to Herbert Burrows to, send us a full report of his lecture on 11 Social Democracy, Anarchism, and Anarchists," that we might print it in Freedom, together with our reply to arguments which the report in Justice declares the Anarchists present at the lecture were "unable to answer." This invitation was written on the 14th June, and, as we informed Mr. Burrows, we went to press on the 24th. It Was Dot until the 25th that we received a letter, in which Mr. Burrows declines to send us a report of his lecture, on the ground that it was delivered from very few notes, which he had no time to write out. He states, however, that he will shortly "publish it, with additions, as a pamphlet." Whenever it appears we shall be glad to deal with it. It is hard work to get these Social Democrats up to the scratch.

A Cry from Australia.

Comrade J. A. Andrews writes from Alexandra, Victoria, as follows:-The movement here is going on slowly at present. Many have, I regret to say, been terrified by prosecutions out of continuing active propagandist work, and many, myself included, have had to seek our bread in the country, where it is almost impossible to effect any propaganda, owing to the fact that except the moving population, who are only accessible in the large towns, the agricultural laborers are the sons of proprietors and will be proprietors and exploiters in their turn. There am only two active propagandists left in the city, which is the most important place for the work, as it contains half the population of the colony, and nearly all the salariat, excepting, as I have said, the moving population and the children of the bourgeoisie, the laborers of the country being more independent, like the industrial master workmen of Europe a few centuries ago. I can do no more than I am doing, which is to write out posters for the two Melbourne comrades to stick up; but that is very little, and I therefore ask those of the readers of Freedom who have friends in Australia to try and introduce the subject of Communism and Anarchy to them when they write and to send them their anarchist papers when they have done with them. If any of them know of Anarchists in Australia, and especially in Victoria, I shall he glad to be placed in communication with them, as I wish to form a group. There ought to have been many more Anarchists within my own knowledge, but many have been tainted with opportunism and gone running after single taxes and other inventions of the capitalistic devil, until they have forgotten the profession as well as the principles of Anarchy. Any communications from English or other comrades on the matter of Anarchism in Australia can be addressed to me at my permanent postal address, P. 0., Richmond, Victor Australia, and any comrades intending to set out for Australia are especially requested to write.

We are apt to consider the Japanese as a semi-civilized race of people to whom Anarchism and Socialism are unknown, and when we proclaim ourselves as Internationalists, many of us never dream of including in the universal brotherhood those islanders of the Far East, precisely because we do not know them, and in an indistinct sort of way perhaps we fear them as a reactionary force. But Progress has been making giant strides of late. The Far East is waking up. Quite recently a Mr. Kaneko was sent to Europe by the Japanese Government to get ideas as to the formation of a Parliament, and for a long time the Japs have been introducing innovation after innovation copied from Europe or America. Mr. Kaneko's sympathies are of course, as becomes an official, with the aristocracy. He is "lost in admiration of the culture and charm of the English nobility." He regards our peers as "the finest flowers of the human race," and the workers he considers "fiendish and brutal." All of which shows what a little difference there is between the aristocrats of the West and the aristocrats of the East. The Freiheit of New York recently gave some interesting information on the workers' movement in this far off land. Comrade Hoffmann of Osaka and Kobe is the informant. There is as yet no Organization. Only a literary movement. Books on Socialism and Anarchism written by natives are prohibited, but we are told works by foreigners are allowed and even translations of such works into the Japanese language have been made and circulated without interference. The leader of the first movement was Talui Tokitchi who was rewarded by three years' imprisonment. His party wish neither king nor government of any sort. Kageame Hiddle a schoolmistress, one of the most active workers, in one of her speeches said, "The end to be attained must be communism, communalism, or something of that sort." An organ of the party called the Nineteenth Century, was started but suppressed by the authorities. It was succeeded by Tgui, which means Freedom. This paper is printed in California at San Francisco. Its first number appeared on December 13 last year. Only 500 copies of each edition of the paper are yet issued, and of these 200 are circulated in the United States and 300 in Japan. Of the Nineteenth Century 93 numbers appeared down to last December during a year and nine months in which it existed. The editor of Tgui is S. Shikitsu of 314 O'Farrell Street, San Francisco. Those who wish to help on the cause in Japan cannot do better than send any Socialist papers, pamphlets or books they have to spare, to Julius Hoffmann, No. 62 Seventh Street, New York, U.S.A., stating that they are for Japan.

A later number of the Freiheit gives particulars of an interview between Dr. Hoffmann and Kageame Hidde at Osaka, Japan. Kageame has very sympathetic features, she speaks well and persuasively and her general appearance conveys the idea of great nobility of character. She says that the object of her party is a society without government, and all her conversation shows that she is absolutely Anarchist. Kageame has already spent five years in prison. She desires to enter into relation with the revolutionaries of all the countries of the globe and she asks for journals, and pamphlets. She will find translators among her friends.