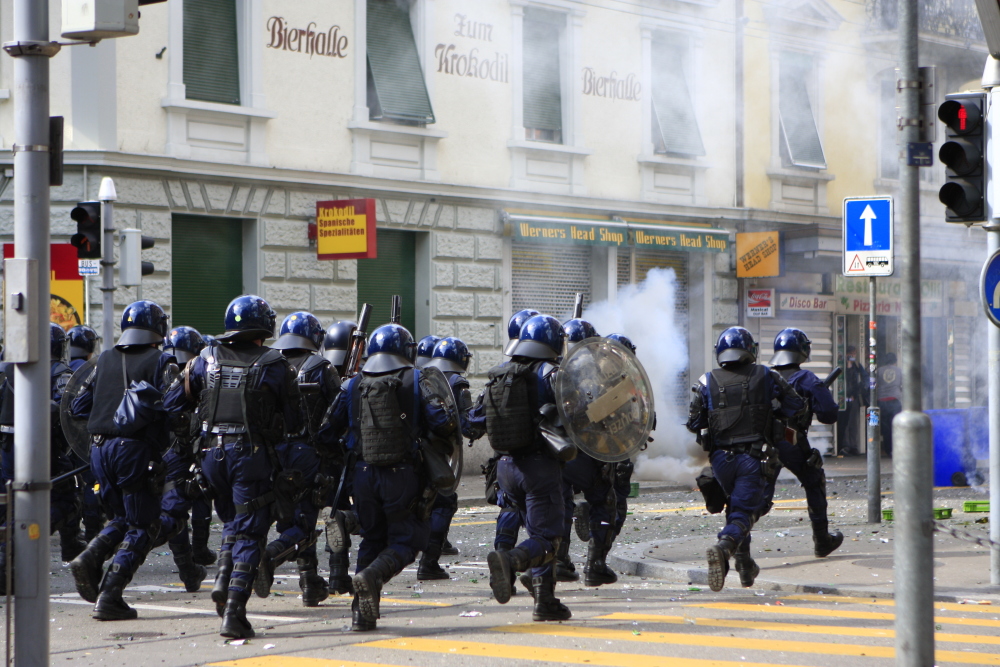 From an Anarchist point of view, the present outcry against Coercion is amusing. The gentlemen whose blood is now running cold at the Act (which will probably make the blood of many persons --- not gentlemen --- across St. George's Channel run warm), have themselves, when in office, passed Coercion Acts quite as immoral, if not quite so impudent as the "Criminal Law and Procedure (Ireland) Act, 1887."

These same gentlemen delight to exhibit the election addresses of their opponents, and reproach them with their broken vows. But is it quite judicious to allude to this sort of inconstancy in a House with such traditions as those of our British Commons? A negro preacher once addressed a camp meeting of notorious chicken-stealers with such fervor that they were more moved than the House of Commons has ever been by Mr. Gladstone's grandest efforts. But a simple-minded English visitor asked him afterwards, "Why didn't you say something about the chickens?" "No, sah," replied the colored apostle with dignity: "dat would have cast a damp on de meetin'."

If there is any earthly subject calculated to cast a damp on a meeting at St. Stephen's, it must surely be that of violated election addresses.

Again, it is urged that "the country" voted against Coercion at the last election. But it also voted against Home Rule, which every sane person on the registers knew to be the only possible alternative to Coercion. The mandate from the constituencies was, in short "Disregard the wishes of the Irish people; and uphold the Union in spite of them; but don't make a scandal by demanding special powers."

The Conservative Government now replies, in effect, "We have tried to do it without special powers; and we find we can't. Therefore we must create special powers." Whereupon the blood of ex-coercionists out of office runs cold as aforesaid; and the constituencies prepare to repudiate the obvious, direct, and inevitable consequences of their own vote.

Two things are especially worth noting about this Bill. In the first place, it is at the same time a strictly constitutional and a strictly terrorist measure, proving conclusively that constitutional methods may be as violent, as wicked, as murderous, as dishonest, as reckless of the known wishes of the majority, as the methods supposed by the proprietary classes to be specially characteristic of Anarchism. In the second place, not ten percent of the worthy people who tramped to Hyde Park on Easter Monday to demonstrate against the Bill knew what its provisions were. The few speakers who grasped this, and took the trouble to explain what they were denouncing, were greeted with cries of "Shame!" and looks of indignant astonishment.

The Bill, in fact, is so monstrous that it has been wrapped up in as many words as possible. But its purport is that any person who does or says anything whatever disagreeable to the authorities can be summarily sentenced to six months' hard labor by two magistrates, only one of whom need be a person "of the sufficiency of whose legal knowledge the Lord Lieutenant shall be satisfied," and both of whom be, and are almost certain to be, Conservative landlords. In cases may where six months' hard labor is too slight a vengeance to appease the Castle's wrath, the offender may be committed for trial; and the High Court can grant the Attorney General the right to have the case tried wherever in England or Ireland a hostile jury can be most easily packed. The prisoner has the right of appeal against the Attorney General's arrangements; and the High Court has the power to refuse his appeal.

A statesman who attempts to secure license of this kind against the ascertained will of the people concerned is, even according to the current morality, as false to his duty as the judge who takes a bribe or the soldier who deserts on the eve of a battle. He outlaws himself; and if the people do not at once depose him they share his guilt. Our attitude towards him is much milder. From an Anarchist point of view he is just what, under the circumstances, might be expected: nothing more and nothing less.

The truth is that there has always been coercion in Ireland by the landlords. When the people resisted, the Government never failed to come to the rescue of Property with a Coercion Bill. When time people were crushed, and submitted tamely to the landlords, the Bill was let drop; and coercion was said to have ceased. The slave again went to his toil without being actually driven; and the landlords said, "He goes voluntarily: he is free. Free, because government has restored Order. Order is the mother of Freedom. God save the Queen!"

MODERN CIVILIZATION. --- The chief source of the evils that affect man is man himself: Man to man is wolf. Whoever keeps this fact in view, beholds the world as a hell, worse than Dante's in this, that one man is the devil of another. How man deals with roan is shown by negro slavery, the final end of which is sugar and coffee. But we need not go so far: at five to enter a cotton or other factory, and thenceforth to sit there daily, ten, twelve, or fourteen hours, performing the same mechanical labor, is to purchase dearly the satisfaction of drawing breath. But this is the fate of millions, and that of millions more is analogous. --- Schopenhauer.

Image Gallery of Notes on Coercion