What Must We Do?

What Must We Do? 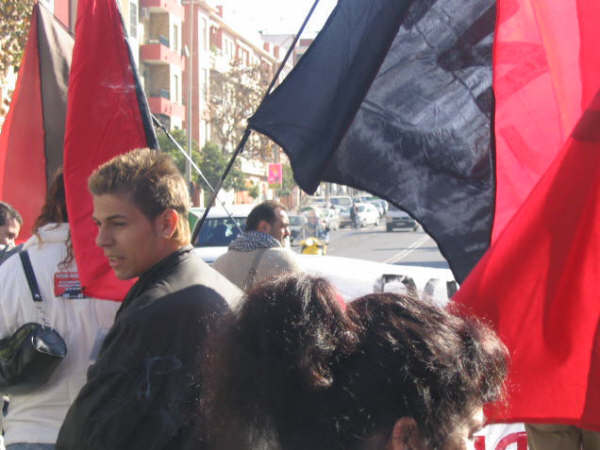 Photo by Bdext,
CC BY License

If the forecasts contained in our preceding articles are correct; if we are really on the eve of a period to be characterized by great movements breaking out all over Europe, which movements will not only modify the present Governments, but also alter the established rights of property-and the more intelligent people even among the ruling classes have not the slightest doubt upon the subject--then the question necessarily arises: What shall the working-classes attempt to realize during the disturbed period we are approaching? In view of the coming revolution, what is their program?

The ruling classes know pretty well what they will do. Their program is settled; it is to maintain by every possible means their possession of power and the instruments of production. Therefore, they will try first to hinder the spread of Socialist views. If unable to do this, they will try to take hold of the movement, and to give it a direction less dangerous to their privileges. But if, nevertheless, the movement takes a decidedly Socialistic turn, if it grows and becomes a power, if it seriously endangers their monopoly, then they will go on to offer a few concessions more illusory than real, and by these concessions they will try to divide the workmen, to find support among the less advanced fractions-privileged themselves-against the more advanced, who will be called 11 roughs," " the mob," " robbers," and the like. And if the workmen are not well aware of the danger of accepting these illusory concessions, if they let themselves be divided into two camps, then the well-to-do people, without distinction of opinions, will unite together to crush, first, the more advanced fractions, and later on, the less advanced as well, so as to reestablish, their power and privileges on a basis as solid as before.

It happened thus on the Continent in 1848, and in this country during he Chartist movement, which had at bottom the very same Socialist tendencies as the movement of the present day.

This program is plain. Every capitalist and landlord, whatever else he may be-Conservative or Liberal, Monarchist or Republican, stupid or clever--will easily understand it, and be will adhere to it.

Many of these, having no faith in the possibility of even approaching such a solution for many generations to come, do not care at all about it. A few reforms, some laws to protect women and children, some laws to reduce the hours of labor, some help to productive associations-their demands go no further. They have no consciousness of their own force, no belief in the possibility of abolishing privileges sanctioned by centuries of misrule. Taking their own desire for a quiet existence as a universal reality, and cordially hating the "Oise of the streets and the rags of their own less privileged brethren, they soothe themselves with the belief that everything will go smoothly; that they will never be compelled to quit their fireside, excepting to discharge the duties of a regular voter, and that in this way when the earth shall have completed some two or three hundred revolutions more round the sun, the coming generations will have reached a more perfect mode of organization.

Others like the noise of the streets; they believe in the power of the masses inspired with a longing for liberty or dissatisfied with their present conditions. They believe in more rapid progress; but they dream that on some fine day the people of England will rise up, will send away the rulers who oppose the wishes of the people, and nominate new ones in their places. Then these rulers, who will be quite another race of men from the present ones, will arrange everything for the best. But what will these new rulers do? Will they all be nominated for the purpose of expropriating the present proprietors? Will they all be inspired with the very same wishes as the masses reduced to misery under the grind-stone of capital ? -Will they be able from the recesses of Westminster to reform all our present immense, complicated system of industry and trade, production and exchange ? Will they have the magic power of improving the position of the workmen, if the workmen themselves do not know what to do for the improvement of their own position? If the workmen themselves have not formulated their wants and concluded that nothing short of the return of all capital into the bands of those who have produced it can put an end to the evils of our present economical organization? If the workmen themselves do not find and point out the ways and means by which the restitution of capital to the producers can be accomplished so as to benefit all classes of the community ? Is not this reliance upon new rulers the very same old belief as that in a Savior who will come some day and settle everything for the benefit of humanity? Only it takes the shape of a belief in many saviors, gathered under the old roof of a decaying Parliament!

Of course, the problem which history has imposed on the workmen of our century is immense. It is much more complicated and difficult to foresee new forms of life than merely to maintain what already exists, or to repeat loose phrases from old political programs. The change of economical relations is a much more intricate problem than a reform of political institutions. But history admits no excuses, no "extenuating circumstances." "Be at the height of the requirements of the moment, or you will be crushed, ground to powder, compelled to pay your deficiency with years of servitude, and may be also with rivers of blood." Such is her verdict, a verdict which she has inscribed in her blood-stained annals in 1848 and 1870 in Paris.

We do not speak, of course, of an elaborate program of action. Any such program would only impede the freedom of individual initiative. Action must be dictated by the needs of the moment. But what we must do is to express our wants in a plain and intelligible manner. Not reduce them to please everybody-that would be a childish fancy,--but express what in our opinion are the means of getting out of the great economical difficulties bequeathed to us by our ancestors, plainly speak out as to what ought to be done to free the workmen from their present serfdom to Capital.

It will not do to say merely; Socialism. Socialism becomes a loose word, because in proportion as its force grows, everybody calls himself a Socialist. Many a rotten merchandise is already smuggled in under the red flag, including the " Socialism " of Herr Bismarck, and that of the parson who asks for the bestowal of more charities by the rich upon the poor. It will not do merely to say: Socialism. We must clearly state how far we are prepared to go in rendering to everybody his due share of the common produce.

The wants of the workman must be formulated with more precision, But to do so we must first make short work of many a prejudice that has grown up in our minds: the prejudice of Authority, of Law, of Representative Government and Majority-Rule, of the rights of Capital -in short, of all those " great words " which are so many stumbling stones in the path of Humanity towards emancipation.

Image Gallery of What Must We Do?