: He was a well-known anarchist leader in the United States and life-long friend of Emma Goldman, a young Russian immigrant whom he met on her first day in New York City. The two became lovers and moved in together, remaining close friends for the rest of Berkman's life. (From: Anarchy Archives.)
• "...partizanship of whatever camp is not an objective judge." (From: "The Russian Tragedy," by Alexander Berkman, The R....)
• "The present situation in Russia [in 1921] is most anomalous. Economically it is a combination of State and private capitalism. Politically it remains the 'dictatorship of the proletariat' or, more correctly, the dictatorship of the inner circle of the Communist Party." (From: "The Russian Tragedy," by Alexander Berkman, The R....)
• "Or will the workers at last learn the great lesson Of the Russian Revolution that every government, whatever its fine name and nice promises is by its inherent nature, as a government, destructive of the very purposes of the social revolution? It is the mission of government to govern, to subject, to strenghten and perpetuate itself. It is high time the workers learn that only their own organized, creative efforts, free from Political and State interference, can make their age-long struggle for emancipation a lasting success." (From: "The Russian Tragedy," by Alexander Berkman, The R....) 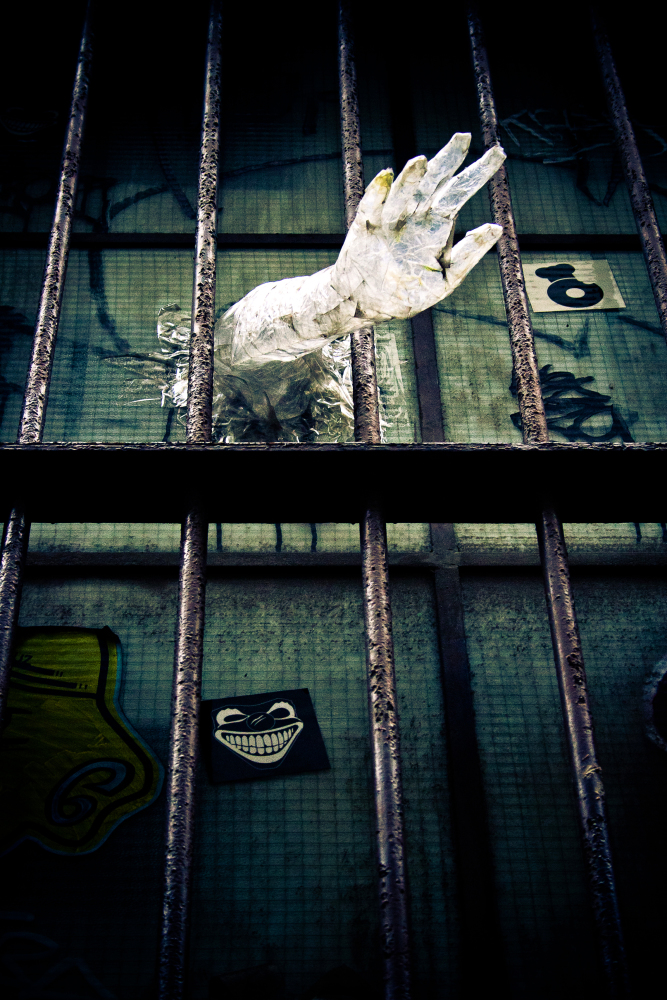 Society makes not the least effort to prevent crime, as it could and should by pursuing such methods which would tend to remove the conditions breeding criminals. It deals with criminals, not with crime. It concerns itself only with the classes or individuals already criminal --- generally after the commitment of a crime and occasionally while in the act of commitment --- completely disregarding those standing on the precipice.

of criminality; ready to take their fatal leap. Along the road of want and suffering and forbearance society's les miserables, those guilty without guilt are pushed forward by a strong and irresistible hand, forward and forward towards the yawning abyss; and there, pausing a moment on the brink, they behold the gaping chasm, illuminated by the sun of deceit, and through the eyes of misery and despair they perceive fata morgana of lucrative ease, and while they are bending half-frightened, over the dangerous brink, they are lifted up with irresistible force and pushed over the verge and send flying down the steep incline, down and down, deeper and deeper into the yawning abyss, from which there is no returning. And all the while society is calmly looking on, never moving a single finger with a view of retarding the progress of the fallen yet ever ready to stamp them with the label of criminality and to subject the bleeding and torn forms to the care of "Justice", to be punished for their fall.

And how does Justice take care of the criminal classes? how are the latter treated?

Concerning the criminal classes, the motto of Society has always been (and still is): "Get rid of them."

And as the simplest way to get rid of them is to kill them, that was the method ordinarily pursued until a very recent period. In Great Britain, under Henry [?], 263 crimes were punished, in the reign of Henry VIII 2000,000 persons were hanged in Great Britain.

But we, of the 19th century, have become too humane to carry on the process in that way. We punish men or imprison them to get rid of them.

Have the methods of the past or do the modern methods exterminate crime or even check its progress? By no means. If we would take the census of the criminal classes and those dependent upon the latter in the Un. States, we will find that one person in seventy belongs to the criminal class (in the broad sense of the term). And this criminal class has, on the whole, been increasing throughout Christendom. In Spain it has doubled in thirteen years, in France it has increased several hundred percent within the last quarter century, and in the United States it has grown one third faster, proportionately, than the population since the Civil War. The annals of criminality clearly demonstrate that our methods of treating crime are flat failures, and the effects of the treatment injurious to society, as a whole.

The fundamental principle of past and present methods is essentially wrong. The administration of Justice to criminals is immoral, brutal and brutalizing, and unjust, for by justice is meant the giving to every wrong deed its equivalent in penalty, a function which is but disguised revenge.

The deterrent power of fear is not the proper means of treating crime.

It has been tried and it has failed. Men are not deterred from crime by fear. We have broken men on the wheel and buried them alive; we have hanged them; we have gathered the criminal classes all round the gallows to see the execution, and the victim has gone bravely to the scaffold and died game; he has become a hero in their eyes and the men that have witnessed the execution have gone back to plunge deeper into crime than ever.

Capital punishment which is advocated to deter men from crime, does not deter them. Severe penalty for crime does not prevent its increase.

The protection of society sought directly by the (alleged) deterrent power of fear, is a brainless Utopia as to results. Methods of mere punishment cannot fail to be more injurious than beneficial. And aside from the questions as to society's right to punish and of the possibility that disorders heretofore classed as moral obliquities, vises and simple depravity may prove to be disease, Society should deal with crime not with criminals only. It is by learning the nature of crime and by assertaining the diverse causes, leading men to crime, that society may hope to eliminate this disturbant factor of social progress.

If this compilation serves in any way to awaken the intelligent public to realization of the injustice and costly and untenable impotence of existing methods of dealing with crime, if it excites sufficient interest to induce a further and fuller Study of this problem, then its object is accomplished and the author will consider his effort well repaid.