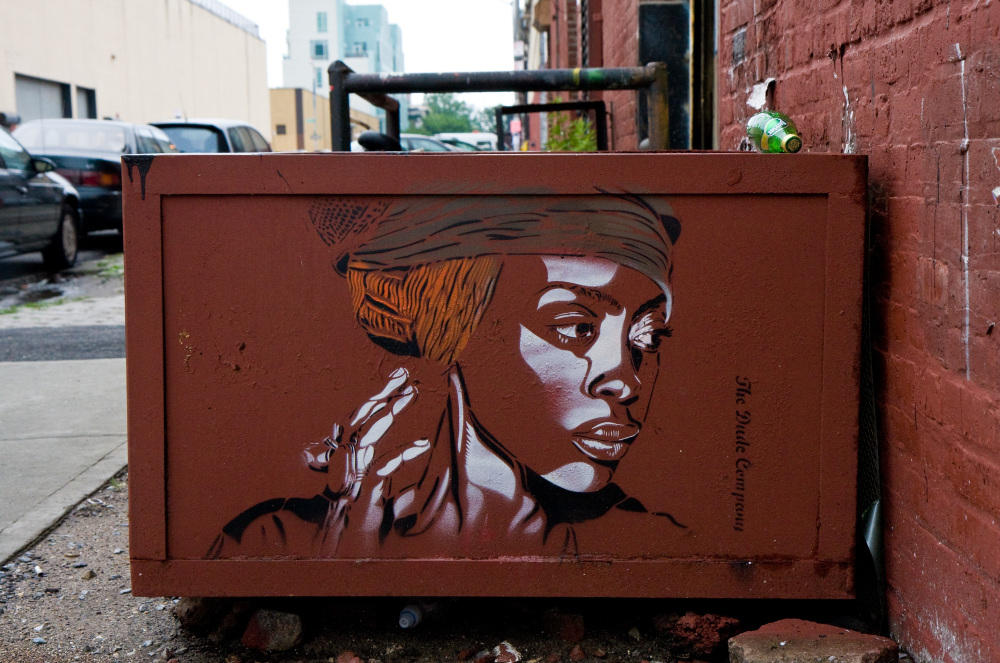 St. Pancras Communist-Anarchist Group.-On Sunday, June 22, at 8 p.m., the group held an out-door meeting in Regent's Park, Neilson, Morton and Pearson being the speakers. There was a very attentive audience; no opposition. 2s. 10d. collected; good sale of Freedom.-On Wednesday evening, June 25, at 8 p.m. an outdoor meeting was held at Prince of Wales Road, Neilson and Morton being the speakers. Opposition from two teetotalers and a Radical, which was replied to by Neilson. 7 and 1/2 d. collected.-A good meeting was held on Sunday, June 29, at 7.30 p.m., in Regent's Park; speakers, Morton and Neilson. Collection, 4s.; three dozen Freedom sold.-A large meeting was held at Prince of Wales Road on Wednesday, July 2nd, at 8.30 p.m.; speakers, Neilson. Morton, Milburn, and Pearson. Collection, 91d.; ten Freedoms sold.-The group have Made themselves a fine banner, inscribed -1 "Communist-Anarchism, Freedom Group," and are now busy making a platform. They desire to acknowledge 2s., a donation to their Propaganda Fund, from R. Gunderson.-On Sunday evening, July 20, a good meeting was addressed in Regent's Park by Blackwell, Morton, and Neilson. Interesting opposition from the wife of a Workman getting 24s. a week. Several other meetings have been held, but the reports have failed to reach us at the time of going to press.

EAST LONDON COMMUNIST-ANARCHIST Group Victoria Park, at 3.30, on Sunday, June 29, a meeting was addressed by Brooks and Mrs. Lahr. Miss Lupton, a new convert to our principles, also addressed the meeting, dealing mainly with Anarchism. H. Davis reviewed the history of Governmental action in most civilized countries daring periods of trade depressions, dealing with the question from the Anarchist point of view. A large number of Anarchist Labor Leaves distributed, and 2s. 6-4d. collected for same.-On Sunday morning, July 13tb, at Heaton Church, a very good meeting was addressed by Moore (Norwich Freedom Group) and Davis, who dealt with "Objections to Anarchism." Labor Leaf distributed, and is- 1 and 1/2d. collected for same.-The same day, at Victoria Park, at a large audience was addressed by Mrs. Lahr, H. Davis, and Burnie, the latter speaking for the first time in this park, and rendering material assistance to the doctrine of Anarchism.

A REVOLUTIONARY CONFERENCE was held under the auspices of the Socialist League on the 24th of June at the Berner Street Club, East London. C. Mowbray took the chair, and contended that all the members of the League were practically Anarchists. Tom Pearson, J. Casey, Charley Morton, and James Blackwell, members of the Freedom Group, pointed out some important differences between the Anarchists and the Leaguers. Eventually it was admitted by the whole meeting that the Anarchists were a more advanced party than the Leaguers, and a debate on principles was arranged between Pearson and Mowbray. H. Davis, of the East London Communist Group, well supported the Freedom Group Members. It was arranged that all should use their best endeavors to spread the idea of a General Strike, and a collection was taken up for the revolutionary press, 2s. 1d. coming to the share of Freedom.

Leicester.-Two members of the Freedom Group have paid visits to the Leicester Branch of the Socialist League in July. On Sunday, July 6, J. Casey lectured at Russell Square at 11 am. to a good audience on "Government, Palliatives, and the General Strike,' and at Humberstone Gate, at 8 p.m., on "Anarchist-Communism." Owing to the coldness of the weather, the evening meeting was nor, as large as usual. The wind as it swept up the wide, bleak street, was bitterly cold, which made standing in the open air the reverse of pleasant. The workers of Leicester seem to regard Anarchism with favor, for invitations to oppose the lecturer's views met with no response at either of the meetings. Municipally Leicester seems to realize Sidney Webb's idea of Socialism, notwithstanding which-but ten it not in Gath-poverty and misery, oppression and tyranny, are there, as elsewhere, not unknown, Our Leicester comrades, though nominally a branch of the Socialist League, are in reality Anarchist-Communists They are constantly preaching Anarchism, and they have neither council, committee, rules, nor regulations. They are at any rate free from the reproach of being unable to realize that "an ideal is a reality." Indeed, so thoroughly do they teach that Anarchist-Comunism is the only solution of the labor problem that they cam hardly even imagine anyone wasting his energies in advocating anything else. There is, too, among our Leicester comrades a very instructive example of the manner in which the spirit of freedom abides in families from generation to generation. Our comrade Wardle is the son of one of the orators of the Chartist movement, and his daughter, who is not yet seventeen years of age, is rendering good service to the cause of freedom by reading papers on such subjects as 11 Liberty," etc., at the indoor meeting-place of the Socialist League Branch and selling literature at the open-air lectures.-On Sunday morning, July 20, at 10.30, T. Pearson spoke at Russell Square on "Communist-Anarchy." Bingham, of Sheffield (Socialist League) followed, saying that, as far as he understood Communist-Anarchy, he was an Anarchist. The speakers were received with mar" of approval. In the evening, at 8, Bingham, in the course of a good lecture, said be was a Communist, and when people were economically free they would not want laws to control them. Bartlett also spoke.-On Monday, July' 21st, T. Pearson opened a discussion at the hall of the Socialist League on "Anarchist-Communism" v. Revolutionary Socialism." The room was fall, and a long discussion followed. Opposition was offered by Radicals. Secularists, Social Democrats. and Revolutionary Socialists, who all agreed that they would punish idleness and theft by imprisonment Comrades Gorrie and Timson spoke in support of the opener. Gorrie said he always believed we should have to let those who would not work starve, but now be believed it would be a better and nobler way to treat them as victims of a bad system, set them good examples, and rely on their social instincts and human nature. Comrade Pearson having replied, the discussion was adjourned till the Thursday evening following.-On Tuesday, July 22. at 8 pm., T. Pearson spoke on, "Anarchist Communism" at Sandy Gate, Leicester. Chambers, Taylor, and Timson (Socialist League) also addressed the meeting.-On Thursday, July 24, T. Pearson opened the, adjourned, discussion on "Anarchist-Communism" vs. Revolutionary Socialism" at the hall of the Socialist League, Leicester. A wood discussion followed. Comrade Gorrie advised the members of the branch to read the literature issued by the Freedom Group and choose which they would accept, Anarchist-Communism or State Socialism. In his opinion you cannot compromise between the two. He was glad to say he was beginning to find out what Anarchist-Communism meant, and he intended to work for it.

Manchester.-An extensive Anarchist propaganda is carried on here by the branch of the Socialist League. Several new stations have been opened lately, both in Manchester and the smaller towns round about. At one of these, in the City, where we hold very large 'meetings on Sunday evenings, the police have tried to stop us. They arrested Comrade Barton, but. contented themselves with Sending him a summons; the case is now pending. We mean to fight the authorities on this ground till their attempt at muzzling Socialism fails, as it must do. Salvationists and others may speak where Socialist- cause an obstruction It is our principles which are the obstruction in the eyes of the authorities. Our chief work lies in breaking new ground and pushing the propaganda where it has been a thing unknown. This kind of work is, as may be expected, of a very up-hill nature. No new branches or groups have yet been formed, though we have many in sympathy with our teachings. Being the only body of Anarchists in Lancashire, we are held at a stiff distance by our friends the Social Democrats. They seem afraid to permit the thorough Socialism of our speakers to be heard on their platforms. They are too busy endeavoring to get their fingers in the pie of government, municipal and otherwise, to care for Revolutionary Socialism. The idea of the General Strike is now received with enthusiasm by the workers at all our meetings.

St. Pancras Communist-Anarchist Group holds meetings on Wednesdays at 8.30 p.m., in Prince of Wales Road Kentish Town, near "Mother Shipton"; on Fridays at Ossulton Street, Euston Road at 8.30 p.m.; and on Sundays in Regent's Park, at 7.30 p.m.

East London Communist-Anarchist Croup will hold open-air meetings on Sundays at 11.30 a.m. outside Hoxton Church (bottom of New North Road) and at 3.30 p.m. in Victoria Park. Comrades are earnestly invited to roll up and Support

Leicester.-Under the auspices of the Leicester Branch of the Socialist League, H. Davis (Fast London Communist-Anarchist Group) will lecture On Sunday, August 10th.

Comrade Darnand of Foix, which in near the Pyrenees, sends no two pamphlets, -0 La Societe Future and 11 Causerie." The first very largely consists of abstracts from our serial " Society on the Morrow of the Revolution," upon which it is a sort of eulogistic commentary. The second is inspired by "Fra Contadini," the popular pamphlet by our comrade Errico Malatesta. Although we cannot say that there is much originality displayed in Comrade Darnaud's little books, we have no doubt that they will do useful propagandist work in the south of France.

El Licoo Cubano, the "Cuban Lyceum," is the weekly organ of the society of the same name and is published at Tampa, Ybor City. Florida, U.S.A. Without definitely proclaiming itself Socialist and Anarchist, our contemporary is pledged to work in the interests of Liberty, Education and Country, using the latter word in its widest and worthiest sense. We wish both the society and its journal success.

Land and Labor, the Monthly organ of the Land Nationalization Society is doing useful work in exposing the results of landlordism.

Pere Prinard, an excellent Parisian weekly, Anarchist journal written in the language of the street and workshop, now appears in an enlarged form. It still has 16 pages, but these are nearly double the size of the former pages. The price is the Same and a cartoon is published every week dealing with the social question.