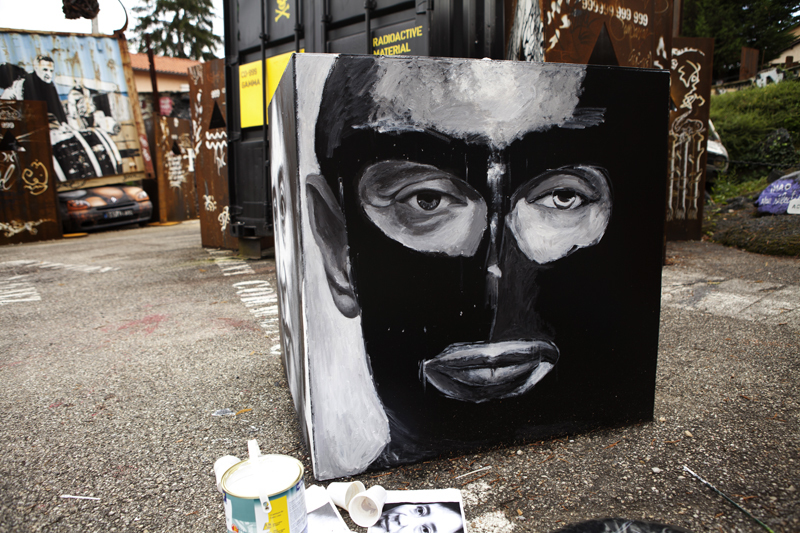 The details of the events which took place last November in the convict Prison of Kara in Eastern Siberia, are now too generally known to need -petition. No further news has yet arrived. The Russian Government, so far has taken no steps in the matter; neither Commander Mossionkov, whose behavior to the female prisoners was the cause of the "starvation strikes I, nor Baron, Korff who ordered the flogging Of Nadyezhda Sigida, have 'been dismissed. It is well known that Ostashkine, the Governor of Yakutsk, received a decoration after the slaughter of exiles last year. The letters from Siberia speak of a report that all the female political prisoners in Kara are to be transferred to the Criminal Department.

An accounts of the letter sent to the Czar by Madame Tzebrikov has appeared in the Times with some quotations from the letter. The Times, however, omits to mention that together with the letter to the Czar Madame Tzebrikov printed and circulated another pamphlet, entitled "Penal Servitude and Exile;" an attempt to prove that the Government is actuated in its dealings with political offenders, by the desire of revenge, not by a wish to preserve peace and order in the land.

The Times states Madame Tzebrikov's age as "about 50." This is a mistake; she is over 60. She is the daughter of Admiral Tzebrikov, a favorite officer of Nicholas 1. She is not, and never has been a conspirator. For many years she has been a well-known and highly respected figure in St. Petersburg society. Herself an able writer, her drawing-room has been the meeting-place for all that is most brilliant in the literary and scientific world of the Russian capital.

On receiving the heroic old lady's letter, the Czar's first impulse is reported to have been to take refuge in his strong fortress of Gatchina, whether he fled after his father's execution. On calmer reflection he inclined to put her in a lunatic asylum. Now he has regained sufficient presence of mind to leave the police to send her into administrative exile. There must be something in the old idea of divine qualities in the Lord's Anointed; their stupidity is really quite supernatural.

The Daily News has fallen a prey to an ingenious atrocity manufacturer. On March 20 it published an exciting little Siberian romance, duly copied with sensational comments by the evening papers, to the effect that after the accidental explosion of a bomb at Zurich, in March, 1889 (note the date) which put the police on the track of some Terrorist Russian students in Switzerland-a plot implicating many students in Russia itself was discovered; that these were exiled to Irkutsk in Siberia; that they set up a secret printing press and succeeded in smuggling many thousand secret seditious proclamations into Russia; that therefore some of them were sent to hard labor in the mines anti the rest ordered by the Governor of Irkutsk to wild, outlying districts; finally that it was in consequence of this order that they barricaded themselves in a house in the town and were shot down by the soldiers after a smart resistance, on 3rd April 1889, as we have all heard before.

This cock and bull story professes to arrive from Siberia; it probably arrives from the London lodgings of the Russian Secret Police.

First, it confuses Yakutsk-, the town where the exiles were really massacred in April 1889, with Irkutsk, a place 1,500 miles off. Second, it supposes the events above recorded to have taken place between March and April 1889, when the journey to Yakutsk takes between two and three months, traveling day and night!

The Daily News has been enlightened as to the absurd impossibility of this story, by a Russian comrade who has a thorough knowledge of Siberia, but has taken no notice of the communication. It has, however, since published a correct and detailed account of the Yatutsk massacre.

If, as there is every reason to believe, Russian officialdom has been intensely exasperated by the indignation shown in England and America about their cruelties to the political exiles, it is not difficult to understand this attempt at the falsification of news. The Russian Government will try on its side to get bold of the European and American press, circulate wild stories, mingling fable and fact, utterly confusing those ignorant of the country and the details of the liberal and revolutionary movement, connecting, if possible, the sufferers with "explosions" or acts of unprovoked violence. It will try to show the Friends of Russian Freedom that two can play at the game of influencing public opinion abroad and that the honors fall to the least scrupulous. The idea would be a smart one, smartly carried out; but the devil has a mean trick of leaving his servants in the lurch-and this Irkutsk Yakutsk bungle looks as if he were at his old game.

Meanwhile an influential committee has been formed at the National Liberal Club to arrange for further demonstrations to supplement that held in Hyde Park on March 9th. And Mr. Kennan is coming over from America to tell Englishmen by word of mouth what he himself saw in his Siberian travels.

We have still a few pamphlets giving an exact account of the Yakutsk massacre and the flogging of political exiles on Saghalien Island, which with the circulars of the Society of the Friends of Russian Freedom, we shall be pleased to send gratis to any one who writes for them to Freedom, Labor Press, 57 Chancery Lane, W.C.