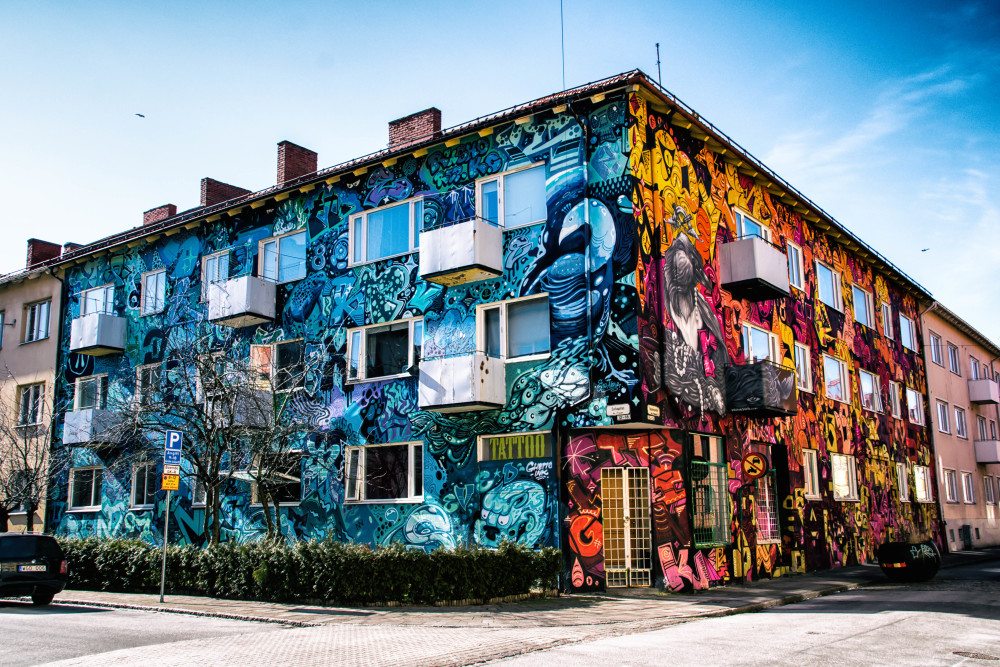 (From a Swedish Correspondent.)

In an examination into the spread of Socialism in Scandinavia, Denmark must be considered first. This little, but politically active, country has special claims upon our attention, in view of the battle which is being fought with very unequal weapons between the two Socialist parties at present to be found there.

In Denmark, Socialism is as little free from schisms as in other countries. There it has reached the stage at which its speakers and writers declare for Reform or for Revolutionary Socialism. The leaders of the reform section, the now notorious "Central Committee" of the Social Democratic labor party, take their stand on the authoritarian Socialism of Marx, and prove themselves believers in despotism a la Marx. The revolutionary party, on the contrary, seem determined to combat authority and bureaucracy, whether in old forms or new. And the less tenable the old Socialism, with its admixture of Marxist State despotism, becomes, the greater the favor shown by the younger section to autonomy and revolution.

This conflict between the advocates of Socialist -form and the revolutionary Socialists began, there is no doubt, when Arbejderen ("The Worker") first appeared. That journal, which is still far too small for the work it has in hand, is the organ of the revolutionary party. Socialdemokraten, the organ of their opponents, had become omnipotent, and the natural consequence was that it became more than ever domineering and orthodox. But A Arbejderen appeared on the scene, and began to indulge in criticism extremely annoying to the Central Committee; and on the approach of the parliamentary elections the hostility was fanned into a white heat. The reformers were censured for having formed an alliance with the Liberal political groups, even for the avowed purpose of opposing the absolute Government that at present stands at the helm of State in Denmark-& Government which distinguishes itself by its numerous and unconstitutional measures, or, in other words, by its provisional laws which trample all justice under foot, and against which the Folketing, the House of Parliament elected by the people, moms powerless. In this compromise the revolutionary party felt there was something doubtful and discreditable.

In the numerous public meetings hold, principally in Copenhagen, to consider "the work of the Rigsdag last session," the views unfavorable to the Central Committee took well-defined form. At last the revolutionists could no longer work with the reform party, as the Central Committee time after time outraged freedom of thought and speech, plotted against, slandered, and in due time persecuted, "the opposition," that is, the leading- men in the revolutionary camp, among whom may be specially mentioned Gerson Trier and A. Petersen. Totally forgetting the high mission of Socialism, the Central Committee employed the most jesuitical means to preserve the semblance of honorableness, which every honest Socialist regarded as lost to it forever. Its spirit can best be judged by the following words, which one of its leaders, Hordum, let escape him at a certain public meeting;-"In heaven's name let the revolutionists make as much opposition as they please in their own groups. They have nothing to do with our meetings and bad better take care they are not chucked out so fine a day.- Let this sort of thing go on, and Anarchism, in its serious sense, will soon make its appearance in the capital of Denmark."

It is quite certain that the Central Committee has suffered a severs, moral defeat, and its position will by no means be retrieved by the circular which, for the purpose of explanation, it issued and circulated at home and abroad.

The seven members who were expelled from the party, and who were the mouthpieces of "the opposition," have now decided to form a now Organization, "The Revolutionary Socialist Labor Party of Denmark" -which, in unity with the Socialist party abroad, will use every moms to achieve the speedy emancipation of the proletariat through independent action based on principle and class-consciousness. This conflict, which has been not about persons, but about principles, has had the good effect of infusing new life into the torpid Socialist body' whilst it has shown clearly the weakness and despicableness of that centralized power which lies in the State idea. It has, in other words, opened a breach in Marxocracy, that is, in Marxist State despotism

The new party will probably gain ground but slowly, because its resources are scanty as yet. Relatively the older party is widely spread, and it has at its back many influential newspapers. It owns five daily papers, in Copenhagen (issue 22,000) and Aarhuus, Horsens, Randers, and Aalborg (issue in all four towns, 30,000). It also reckons on eighty purely political Social Democratic associations scattered over the country, and combined in a Social-Democratic Federation, as wall as on seventy trade unions in Copenhagen and several in the provincial towns. And, lastly, in the Folketing the party has three representatives, elected by over 17,000 voters.

The strength of the new party can best be gauged, perhaps, by the fact that the resolutions proposed all over the country for the expulsion of the "opposition" were supported with 2,643 votes against 39 1. On this number 391 depends the future of the Revolutionary Socialist Labor Party which is now forming. And about its future 1, for my part, have no misgivings.

About Anarchism people in Denmark, as well an in Norway and Sweden, have very vague ideas. The three countries, I think I may safely say, have never had the chance of grasping the true import of the theory of Anarchism. That this has been the case with Sweden I can assert with confidence. The German Marxist press and other foreign journals of the same school have great influence in the North. As far as Denmark is concerned, sympathy for Anarchism has shown itself only in individuals here and there, who have never attracted much attention. So far as I know, it has found expression only in translations of several of Kropotkin's Anarchist writings, which have been published in the Ny lord, a periodical for literature, science, and art, and in the Nylaende, which is issued by the Women's Emancipation League of Norway.

We now come to Norway. Unfortunately I have very slender knowledge of the Socialist movement there. That Socialism has taken root in Norway, and is led by talented and well-educated people, there can be no doubt. It has an organ of its own, Socialdemokraten, which advocates its principles; but if Socialism does not get out of the old Social-Democratic rut, it will at the most receive a hearing only among the workers in the towns, who, in Norway above all other countries, form but a small minority of the population. Both in Norway and Sweden, the fact that the rural population forms the overwhelming majority is forgotten, or at least underrated. The center of gravity of the State in both countries lies in the peasant claw, although this is much more the case in Norway than in Sweden, where large landholders and capitalists exercise much greater influence. A Norwegian peasant Republic is the aim of that Chauvinist politician, Bjornstjerne Bjornson, the great Norwegian poet. In these circumstances the State Socialism of Marx can never gain much support, because the peasants are almost to a man quite averse to anything of the nature of centralization and would not on any account tolerate bureaucracy and authority. If, therefore, Socialism is to continue to gain ground in Norway, the chief emphasis must be laid, I think, on the uselessness of State institutions and of Governments in a free community. Present social and political institutions must be made the starting point; economic oppression is then the natural inference, which, though in one way less striking, is apprehended more easily by the land owning peasants.

Only when the peasant or agricultural class perceives clearly the iniquities of the clam state, and also becomes conscious of the importance of free associations, of free communes unendangered by positive checks, only then will modern Socialism be widely accepted in the country. That is just what might be expected from the national genius. Norway, unlike the great nations of civilization, does not possess large industrial centers with their terrible poverty, or towns where all is unnatural. The population is spare, it is true; but it is equally mattered over the country, and depends for its support principally on its cattle and on the income from its forest cultivation. The Norwegians are a nation little interested in their political independence, which is built upon the possession of the land, but they and their land are one. How can State despotism take root in such a country?

(To be concluded in our next.)

Image Gallery of Socialism in Scandinavia