Speech to the IWW

: In addition to defending the rights of African-Americans, Lucy spoke out against the repressed status of women in nineteenth century America. Wanting to challenge the notion that women could not be revolutionary, she took a very active, and often militant, role in the labor movement... (From: IWW.org.)
• "...be assured that you have spoken to these robbers in the only language which they have ever been able to understand, for they have never yet deigned to notice any petition from their slaves that they were not compelled to read by the red glare bursting from the cannon's mouths, or that was not handed to them upon the point of the sword." (From: "To Tramps, The Unemployed, the Disinherited, and ....)
• "...we are willing to work for peace at any price, except at the price of liberty." (From: "The Principles of Anarchism," by Lucy E. Parsons.)
• "I learned by close study that it made no difference what fair promises a political party, out of power might make to the people in order to secure their confidence, when once securely established in control of the affairs of society that they were after all but human with all the human attributes of the politician." (From: "The Principles of Anarchism," by Lucy E. Parsons.)

Speech to the IWW 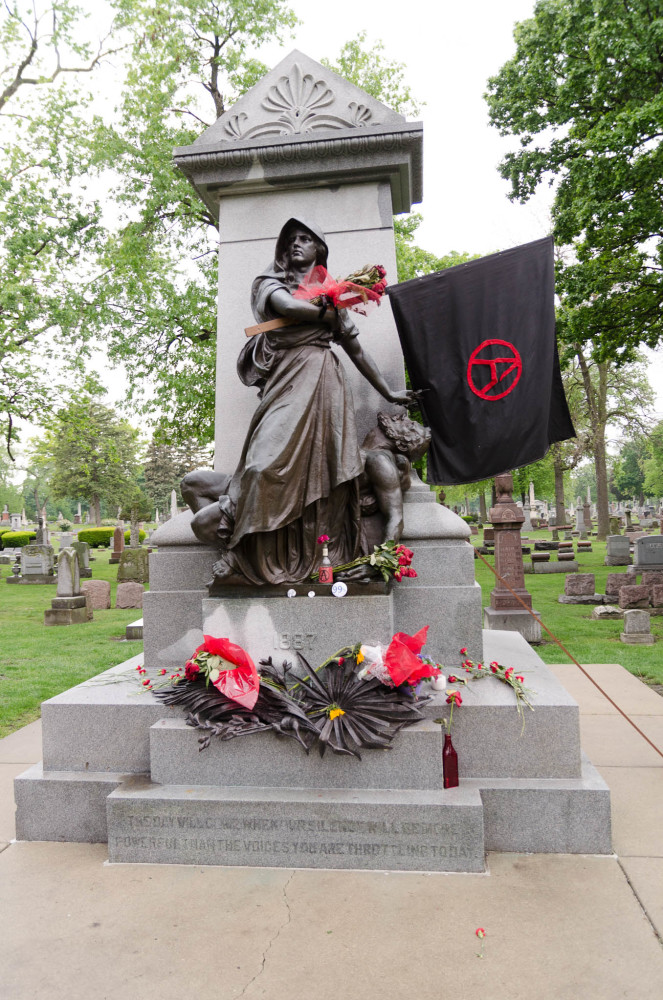 Lucy Parsons addressed the founding convention on two occasions and her speeches touched on issues close to her heart: the oppression of women and how to develop radical new tactics to win strikes. Her idea clearly were in advance of the time, presage the "sit-in" strikes of the 1930s, the anti-war movement of the 1960s, and her words resonate today. Delegate applause interrupted her speech several times and at the end.

We, the women of this country, have no ballot even if we wished to use it, and the only way that we can be represented is to take a man to represent us. You men have made such a mess of it in representing us that we have not much confidence in asking you . . .

We [women] are the slaves of slaves. We are exploited more ruthlessly than men. Whenever wages are to be reduced the capitalist class use women to reduce them, and if there is anything that you men should do in the future it is to organize the women. . . .

Now, what do we mean when we say revolutionary Socialist?

We mean that the land shall belong to the landless, the tools to the toiler, and the products to the producers. . . . I believe that if every man and every woman who works, or who toils in the mines, mills, the workshops, the fields, the factories and the farms of our broad America should decide in their minds that they shall have that which of right belongs to them, and that no idler shall live upon their toil . . . then there is no army that is large enough to overcome you, for you yourselves constitute the army . . . .

. . . . Let us sink such differences as nationality, religion, politics, and set our eyes eternally and forever toward the rising star of the industrial republic of labor; remembering that we have left the old behind and have set our faces toward the future. There is no power on earth that can stop men and women who are determined to be free at all hazards. There is no power on earth so great as the power of intellect. It moves the world and it moves the earth. . . .

I hope even now to live to see the day when the first dawn of the new era of labor will have arisen, when capitalism will be a thing of the past, and the new industrial republic, the commonwealth of labor, shall be in operation.


Source:
[Speech is found in the official Minutes of the 1905 IWW Convention in Chicago from a copy found at the Tamiment Library of New York University's Bobst's Library, and is slightly edited for clarity]
Copyright 2004 by William Loren Katz [williamlkatz.com]
I devote page 296 to her in my THE BLACK WEST [Touchstone, 1996]

Image Gallery of Speech to the IWW