: The originality of his ideas, the imagery and vehemence of his eloquence, his untiring zeal in propagandism, helped too by the natural majesty of his person and by a powerful vitality, gave Bakunin access to all the socialistic revolutionary groups, and his efforts left deep traces everywhere... (From: The Torch of Anarchy.)
• "The principle of political or State morality is very simple. The State, being the supreme objective, everything that is favorable to the development of its power is good; all that is contrary to it, even if it were the most humane thing in the world, is bad. This morality is called Patriotism." (From: "Marxism, Freedom, and the State," Translated and ....)
• "What would be the main purpose and task of the organization? To help the people achieve self-determination on a basis of complete and comprehensive human liberty, without the slightest interference from even temporary or transitional power..." (From: "Bakunin to Nechayev on the Role of Secret Revolut....)
• "The revolution, in short, has this aim: freedom for all, for individuals as well as collective bodies, associations, communes, provinces, regions, and nations, and the mutual guarantee of this freedom by federation." (From: "Revolutionary Catechism," by Mikhail Bakunin.) 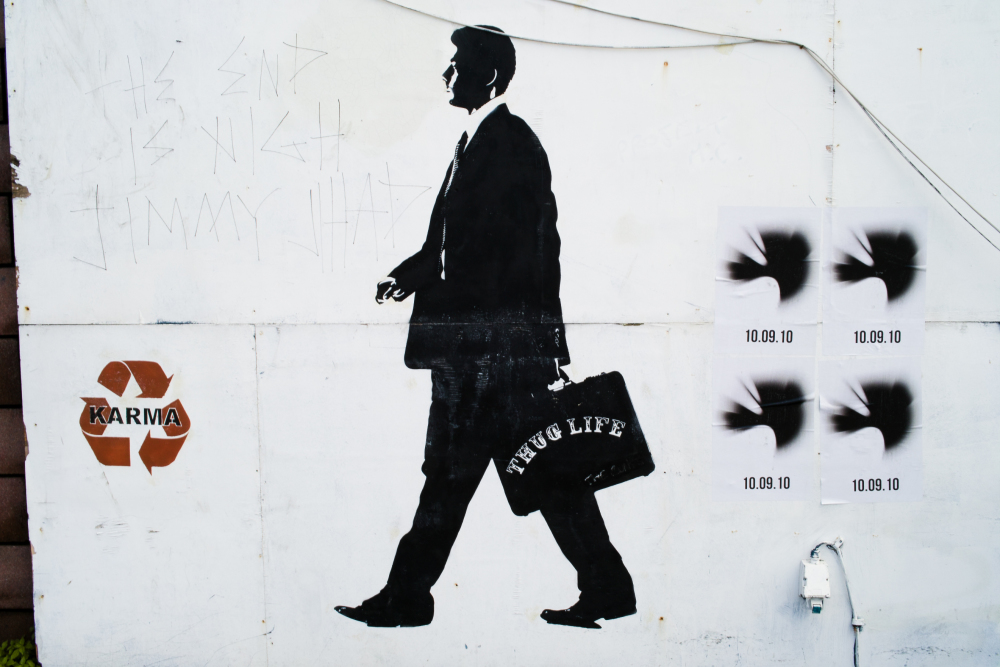 Except Proudhoun and M. Louis Blanc almost all the historians of the revolution of l848 and of the coup d'etat of December, 1851, as well as the greatest writers of bourgeois radicalism, the Victor Hugos, the Quinets, etc. have commented at great length on the crime and the criminals of December; but they have never deigned to touch upon the crime and the criminals of June. And yet it is so evident that December was nothing but the fatal consequence of June and its repetition on a large scale.

Why this silence about June? Is it because the criminals of June are bourgeois republicans of whom the above named writers have been, morally, more or less accomplices? Accomplices in their principles and therefore indirectly accomplices to their acts. This reason is probable, but there is yet another which is certain. The crime of June struck workers only, revolutionary socialists, consequently strangers to the class and natural enemies of the principles that all these honorable writers represent. The crime of December attacked and deported thousands of bourgeois republicans, the social brothers of these honorable writers and their political coreligionists. Besides, they themselves have been its victims. Hence their extreme sensibilities to the December crimes, and their indifference to those of June.

A general rule: A bourgeois, however red a republican he be, will be much more keenly affected, aroused and smitten by a mishap to another bourgeois were this bourgeois even a mad imperialist than by the misfortune of a worker, of a man of the people. There is undoubtedly a great injustice in this difference, but the injustice is not premeditated. It is instinctive. It arises out of the conditions and habits of life which exercise a much greater influence over men than their ideas and political convictions. Conditions and habits, their special manner of existing, developing, thinking and acting; all their social relationships so manifold and various, and yet so regularly convergent towards the same aim; all this diversity of interest expressing common social ambition and constituting the life of the bourgeois world, establishes between those who belong to this world a solidarity infinitely more real, deeper, and unquestionably more sincere than any that might come between a section of the bourgeoisie and the workers. No difference of political opinions is sufficient to overcome the bourgeois community of interests. No seeming agreement of political opinions is sufficient to overcome the antagonism of interests that divide the bourgeoisie from the workers. Community of convictions and ideas are and must ever be subsidiary to a community of class interests and prejudices.

Life dominates thought and determines the will. This is a truth that should never be lost sight of when we wish to understand anything about social and political phenomena. if we wish to establish a sincere and complete community of thought and will between men, we meet found it on similar conditions of life, or on a community of interests. And as there is, by the very conditions of their respective existence, an abyss between the bourgeois world and the world of the worker,-the one being the exploiting world, the other the world of the victimized and exploited, I conclude that if a man born and brought up in the bourgeois environment wishes to become sincerely and unreservedly the friend and brother of the workers, he must renounce all the conditions of his past existence; and outgrow all his bourgeois habits. He must break off his relations of sentiment with the bourgeois world, its vanity and ambition. He must turn his back upon it and become its enemy; proclaim irreconcilable war; and throw himself wholeheartedly into the world and cause of the worker.

If his passion for justice is too weak to inspire him to such resolution and audacity, let him not deceive himself and let him not deceive the workers. He can never become their friend and at every crisis must prove their enemy. His abstract thoughts his dreams of justice will easily influence him in hours of calm reflection when nothing stirs in the exploited world. But let the moment of struggle come when the armed truce gives place to the irreconcilable conflict, his interests will compel him to serve in the camp of the exploiters. This has happened to our one-time friends in the past. It will happen again to many good republicans and socialists who have not lost their attachment to the bourgeois world.

Social hatreds are like religious hatreds. They are intense and deep. They are not shallow like political hatred. This fact explains the indulgence shown by the bourgeois democrats for the Bonapartists. It explains also their excessive severity against the socialist revolutionaries. They detest the former much less than the latter because of the pressure of economic interests. Consequently they units with the Bonapartists to form a common reaction against the oppressed masses.

Image Gallery of The Class War