The Use of the Strike

: As anarchism's most important philosophers he was in great demand as a writer and contributed to the journals edited by Benjamin Tucker (Liberty), Albert Parsons (Alarm) and Johann Most (Freiheit). Tucker praised Kropotkin's publication as "the most scholarly anarchist journal in existence." (From: Spartacus Educational Bio.)
• "Which side will you take? For the law and against justice, or for justice and against the law?" (From: "An Appeal to the Young," by Peter Kropotkin, 1880.)
• "The fatherland does not exist.... What fatherland can the international banker and the rag-picker have in common?" (From: "The Conquest of Bread," by Peter Kropotkin, 1906.)
• "ANARCHISM, the name given to a principle or theory of life and conduct under which society is conceived without government - harmony in such a society being obtained, not by submission to law, or by obedience to any authority, but by free agreements concluded between the various groups, territorial and professional, freely constituted for the sake of production and consumption, as also for the satisfaction of the infinite variety of needs and aspirations of a civilized being." (From: "Anarchism," by Peter Kropotkin, from the Encyclop....)

The Use of the Strike 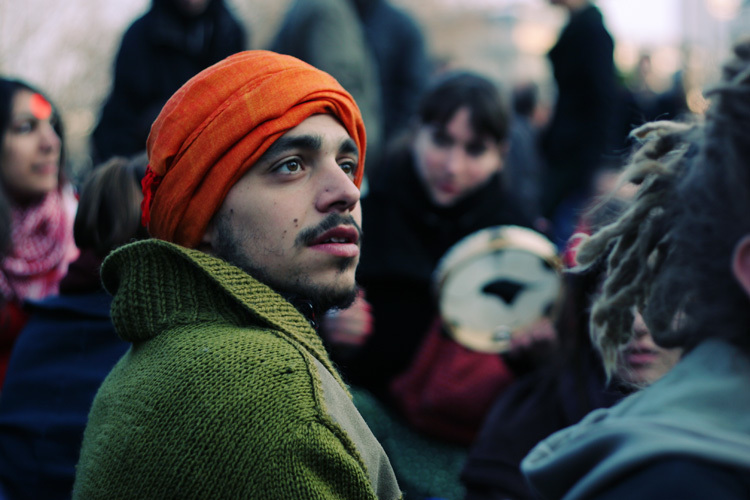 The workers of England have been bestirring themselves again during the past few weeks. This is a good and encouraging sign, although the demands made are comparatively trifling. It shows a healthy discontent with existing conditions, a kind of feeling that the capitalist is not doing quite the square thing by the worker. We are sure that at bottom this movement is due to the impetus of the energetic revolutionary nucleus of Socialists, which now exists in every large industrial center and among every large body of workers in the country. It is our work to fan the flame by increasing the number of those who strive for a really fair division of the profits of labor, that is to say, for a total abolition of exploitation.

Let us hope-and we have every reason to feel that our wish will be realized-that the growth of those little groups of energetic men, scattered among our miners and our artisans, will equal, if not surpass, the growth of Socialism, which the recent political census has shown us in the case of Germany. We use the words "political census," because we cannot regard that election as useful in any other way than as a numbering of the workers' army, although it is of course an incomplete numbering. From the action of Messrs. Babel & Co., in the Reichstag we expect little, but from the 1,341,587 men who registered themselves as uncompromising enemies of the existing order, we hope much. Doubtless the effect of this political census in Germany has been and will be great upon William Hohenzollern and his associates, but far greater was the effect of the miners' strike in Germany last year, and it is to that more than anything that the Berlin Labor Conference, of which some English Socialists make so much, is due. It is the Strike and not the Ballot Box which terrorizes the exploiter and makes him see the shadow cast before by the coming Revolution.

Here, in England, there are many among the exploiting classes -who see dimly the danger ahead, and the capitalist press (and more especially that portion which circulates exclusively among the capitalist class, such as the trade journals) contains many articles just now urging the most drastic measures against their slaves who dare to rebel against their will and feebly ask for a higher wage or a shorter working Week. The interference of the State is loudly demanded to put down these troublesome strikes and labor unions. The strong arm of the law is to be invoked not for but against the worker. We have too much liberty," one trade journal of the "highest class shrieks in terrified tones; and indeed we shall not be surprised if the workers speedily have to guard against attempts upon such feeble rights of combination and free action as they possess.

There is perhaps no safer rule of thumb for the worker than to do that which his enemy most denounces and to avoid that which his enemy least objects to. To be a State Socialist, to advocate legislative restriction and to pass resolutions at mass or other meetings is sneered at generally and sometimes faintly praised by the capitalist press, but hold an unemployed meeting or two in Trafalgar Square, organize a strike, or initiate a no-rent campaign, and the enemy unmasks himself and charges the workers, who do these [dreadful but practical things, with being Anarchists, enemies of society, disturbers of the public order. Long screeds are written, showing the terrible loss entailed on the community by this action, the selfishness of the strikers, the awful suffering of their families (which is never thought of under other circumstances and so on. This unmeasured abuse on the part of the capitalists should convince even Social Democrats that the strike is a useful weapon, which will help the workers much in inaugurating the Revolution. Moreover, it is a weapon which the workers are learning to use with greater and greater effect. The association of unions, national and international, makes it possible for us to have strikes over a whole country and in more than one country at a time, The recent successful coal strike included about a quarter of a million of men and practically covered England, Wales and a part of Scotland.

The workers are beginning to )cam also that not only is solidarity needful among the members of a trade and among all workers, but that the strikes which affect the greatest industrial necessaries are the most important. Coal, the indignant capitalist press tells us, is of the greatest importance to our industries, few of them can go on long if the coal strike lasts. How delightfully true this is. Why do not our candid enemies go still further and tell us point blank, "if you want a general strike first stop the coal supply." Dock labor is also a very necessary commodity, at least the capitalists tell us so, and we are quite prepared to believe them. In fact the capitalist Balsam, in cursing the despised worker at the lowest rung of the ladder is really blessing him; he is declaring to all the world that everything would come to a standstill but for the mart whose capital is in his hands. More, he is telling the worker that, if he will but organize himself effectively and freely, make common cause, with his unemployed brother and demand the whole, instead of merely a portion, of the proceeds of his labor, there is nothing to stop him. Let us, fellow-workers, thank friend Balaam and act upon his advice; let us spread the light in every corner of the land, infusing the spirit of Revolution into every mine, factory and workshop. By so doing, we shall soon have the workers of England no longer asking for trifling increases of wages, but demanding in sturdy tones a cessation of the system. of robbery which obtains to-day.

Image Gallery of The Use of the Strike