: The originality of his ideas, the imagery and vehemence of his eloquence, his untiring zeal in propagandism, helped too by the natural majesty of his person and by a powerful vitality, gave Bakunin access to all the socialistic revolutionary groups, and his efforts left deep traces everywhere... (From: The Torch of Anarchy.)
• "...we seek a unification of society and equality of social and economic provision for every individual on this earth." (From: "Essay from Egalite July 31, 1869," by Mikhail Bak....)
• "Individual liberty - not privileged liberty but human liberty, and the real potential of individuals - will only be able to enjoy full expansion in a regime of complete equality. When there exists an equality of origins for all men on this earth then, and only then ... will one be able to say, with more reason than one can today, that every individual is a self-made man." (From: "Essay from Egalite August 14, 1869," by Mikhail B....)
• "What is permitted to the State is forbidden to the individual. Such is the maxim of all governments." (From: "The Immorality of the State," by Mikhail Bakunin.) 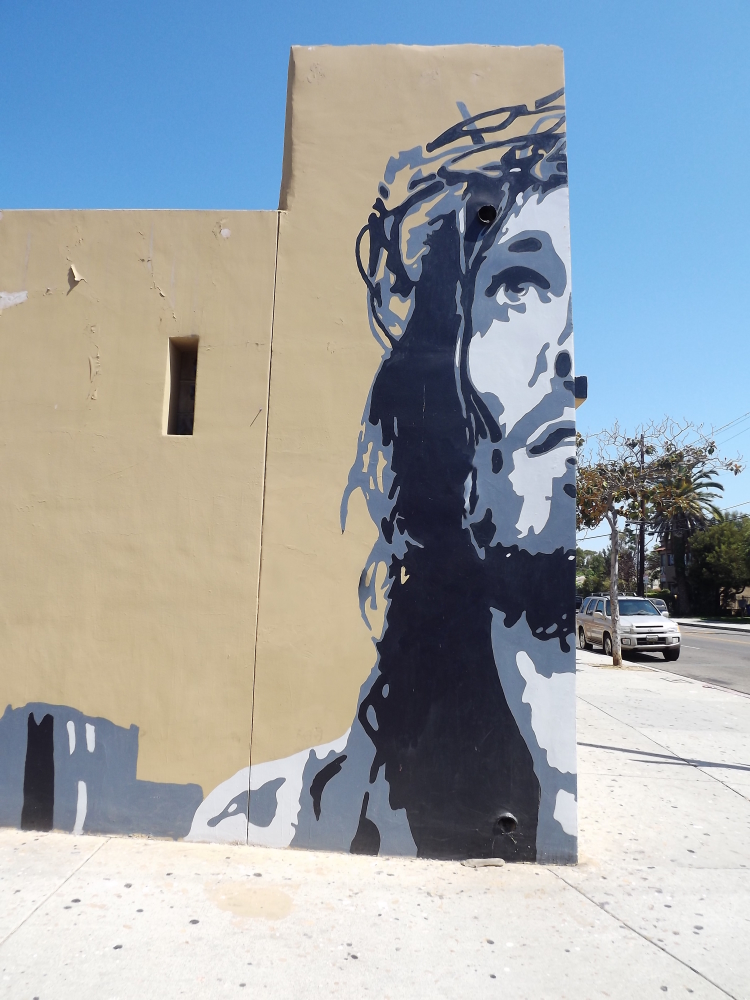 [The two Camps, which is here included, was translated by "Crastinus" from Bakunin's preface to his pamphlet refuting Mazini's theisic idealism. This work was published in the year 1871. At this time Italy witnessed the breaking-up of the workers' associations, guided by the patriotic spirit, and saw the spreading of the ideals of International Socialism, as well as the conflict between the capitalist and the working class conceptions of life. After nearly fifty years, the vibrating audacity of Bakunin's thought, their penetrating inwardness, their generosity are as alive as ever. ---ED.]

You taunt us with disbelieving in God. We charge you with believing in him. We do not condemn you for this. We do not even indict you. We pity you. For the time of illusions is past. We cannot be deceived any longer.

Whom do we find under God's banner? Emperors, kings, the official and the officious world; our lords and our nobles; all the privileged persons of Europe whose names are recorded in the Almanac de Gotha; all the guinea pigs of the industrial, commercial and banking world; the patented professors of our universities; the civil service servants; the low and high police officers; the gendarmes; the jailers; the headsmen or hangmen; not forgetting the priests, who are now the black police enslaving our souls to the State; the glorious generals, defenders of the public order; and lastly, the writers of the reptile Press.

This is God's army!

Whom do we find in the camp opposite? The army of revolt the audacious deniers of God and repudiators of all divine and authoritarian principles! Those who are therefore, the believers in humanity, the asserters of human liberty.

You reproach us with being Atheists. We do not complain of this. We have no apology to offer, We admit we are. With what pride is allowed to frail individuals --- who, like passing waves, rise only to disappear again in the universal ocean of the collective life --- we pride ourselves on being Atheists. Atheism is Truth --- or, rather, the real basis of all Truths.

We do not stoop to consider practical consequences. We want Truth above everything. Truth for all!

We believe in spite of all the apparent contradictions --- in spite of the wavering political wisdom of the Parliamentarians --- and of the skepticism of the times --- that truth only can make for the practical happiness of the people. This is our first article of faith.

It appears as if you were not satisfied in recording our Atheism. You jump to the conclusion that we can have neither love nor respect for mankind, inferring that all those great ideas or emotions which, in all ages, have set hearts throbbing are dead letters to us. Trailing at hazard our miserable existences --- crawling, rather than walking, as you wish to imagine us --- you assume that we cannot know of other feelings than the satisfaction of our coarse and sensual desires.

Do you want to know to what an extent we love the beautiful things that you revere? Know then that we love them so much that we are both angry and tired at seeing them hanging, out of reach, from your idealistic sky. We sorrow to see them stolen from our mother earth, transmuted into symbols without life, or into distant promises never to be realized. No longer are we satisfied with the fiction of things. We want them in their full reality. This is our second article of faith.

By hurling at us the epithet of materialists, you believe you have driven us to the wall. But you are greatly mistaken. Do you know the origin of your error?

What you and we call matter are two things totally different. Your matter is a fiction. In this it resembles your God, your Satan, and your immortal soul. Your matter is nothing beyond coarse lowness, brutal lifelessness. It is an impossible entity, as impossible as your pure spirit --- "immaterial," "absolute"!

The first thinkers of mankind were necessarily theologians and metaphysicians. Our earthly mind is so constituted that it begins to rise slowly-through a maze of ignorance-by errors and mistakes-to the possession of a minute parcel of Truth. This fact does not recommend "the glorious conditions of the past." But our theologian, and meta physicians, owing to their ignorance, took all that to them appeared to constitute-power, movement, life, intelligence; and, by a sweeping generalization, called it, spirit! To the lifeless and shapeless residue they thought remained after such preliminary selection --- unconsciously evolved from the whole world of reality --- they gave the name of matter! They were then surprised to see that this matter --- which, like their spirit existed only in their imagination --- appeared to be so lifeless and stupid when compared to their god, the eternal spirit! To be candid, we do not know this God. We do not recognize this matter.

By the words matter and material, we understand the totality of things, the whole gradation of phenomenal reality as we know it, from the most simple inorganic bodies to the complex functions of the mind of a man of genius; the most beautiful sentiments, the highest thoughts; the most heroic deeds; the actions of sacrifice and devotion; the duties and the rights, the abnegation and the egoism of our social life. The manifestations of organic life, the properties and qualities of simple bodies: electricity, light, heat, and molecular attraction, are all to our mind but so many different evolutions of that totality of things that we call matter. These evolutions, are characterized by a close solidarity, a unity of motive power.

We do not look upon this totality of being and of forms as an eternal and absolute substance, as Pantheists do. But we look upon it as the result, always changed and always changing, of a variety of actions, and reactions, and of the continuous working of real beings that are born and live in its very midst. Against the creed of the theologians I set these propositions:-

I. That if there were a God who created it the world could never
have existed.
2. That if God were, or ever had been, the ruler of nature, natural,
physical, and social law could never have existed. It would have presented a spectacle of complete chaos, Ruled from above, downward, it would have resembled the calculated and designed disorder of the political State,
3. That moral law is a moral, logical, and real law, only in so far as
it emanates from the needs of human society.
4. That the idea of God is not necessary to the existence and
working of the moral law. Far from this, it is a disturbing and socially demoralizing factor.
5. That all gods, past and present, have owed their existence
to a human imagination unfreed from the fetters of its primordial animality.
6. That any and every god, once established on his throne
becomes the curse of humanity, and the natural ally of all tyrants, social charlatans, and exploiters of humanity.
7. That the routing of God will be a necessary consequence
of the triumph of mankind. The abolition of the idea of God will be a fatal result of the proletarian emancipation. From the moral point of view, Socialism is the advent of self respect to mankind. It will mean the passing of degradation and Divinity.

From the practical viewpoint, Socialism is the final acceptance of a great principle that is leavening society more and more every day. It is making itself felt more and more by the public conscience. It has become the basis of scientific investigations and progress, and of the revolutionary movement of the proletariat. It is making its way everywhere. Briefly, this principle is as follows:

As in what we call the material world, the inorganic matter- mechanical, physical, and chemical-is the determinant basis of the organic matter-vegetable, animal, Intellectual-in like manner in the social world, the development of economical questions has been and is, the basis that determines our religious, philosophical, political, and social developments.

This principle audaciously destroys all religious ideas and metaphysical beliefs. It is a rebellion far greater than that which, born during the Renaissance and the seventeeth century, leveled down all scholastic doctrine-once the powerful rampart of the Church, of the absolute monarchy, and of the feudal nobility-and brought about the dogmatic culture of the socalled pure reason, so favorable to our latter-day rulers the bourgeois classes. We therefore, say, through the International: The economical enslavement of the workers-to those who control the necessities of life and the instruments of labor, tools and machinery-is the sole and original cause of the present slavery- in all its forms. To it are attributable mental degeneration and political, submission. The economic emancipation of the workers, therefore, is the aim to which any political movement must subordinate its being, merely as a means to that end. This briefly is the central idea, of the International.

Image Gallery of The Two Camps