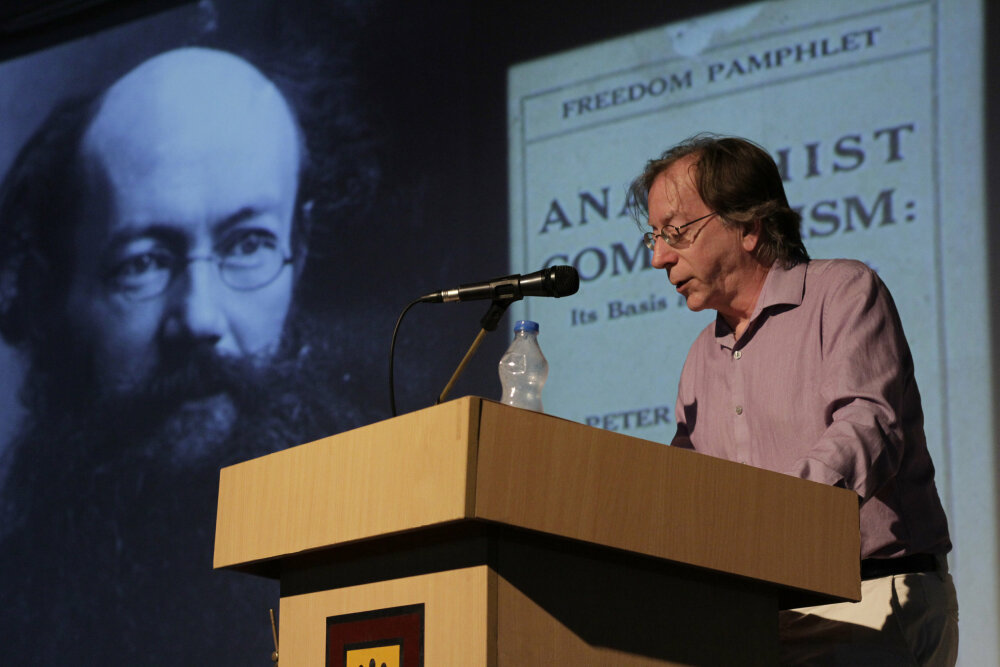 Allan W. Antliff is an anarchist activist, art critic, author and founding member of the Toronto Anarchist Free School (now Anarchist U) who has written extensively on the topics of anarchism and art in North America since the 1980s.

Since 2003 Antliff has held the Canada Research Chair in Art History at the University of Victoria, where he teaches undergraduate and graduate courses on modern and contemporary art. His research interests include dada, contemporary art, anarchist history and political theory, and his graduate seminars include "20th-Century Anarchism and Avant-Garde Art"; "New York Dada" and "American Modernism Between the Wars". In addition to teaching art history, Antliff co-edits the Alternative Press Review, serves as art editor for Anarchist Studies, edited the volume Only a Beginning: An Anarchist Anthology (1998) and has written two scholarly books; Anarchist Modernism: Art, Politics and the First American Avant-Garde (2001) and Art and Anarchy: From the Paris Commune to the Fall of the Berlin Wall (2007).

He also is the Director of the Anarchist Archive at the University of Victoria as well.

Introduction Robert H. Haworth As I sit to write this introduction I am reminded of a particular teaching experience I had almost a decade ago. During class, I was passing out the dreaded federal standardized test when one of my students who considered himself an anarcho-punk yelled out, “Hey … Mr. Haworth, you are a fucking sellout!” I couldn’t help but think about the two decades I had been involved in punk and hardcore, as well as the intense collective work many (including myself) had participated in throughout those years. How could I be a sellout? I stopped everything and asked him what it meant to be a “punk,” and how he identified and acted as an anarchist within the overwhelming functions of... (From: TheAnarchistLibrary.org.)

TORONTO — Accompanied by much fanfare and a bit of controversy, this Canadian city was the setting August 17–23 for its second international anarchist/anti-authoritarian gathering in a decade. The organizers titled the event, “Active Resistance,” (AR) after the 1996 Chicago anarchist actions of the same name at the Democratic National Convention. (See Fall 1996 FE) Approximately 700 people registered for a week of workshops, forums and demonstrations, but numerous other unregistered people swelled actions like a “Hands Off Street Youth” demonstration to nearly twice that number. An impromptu rally of 250 people in front of the US consulate followed Clinton’s terrorist bombings in Sudan and Afghanis... (From: TheAnarchistLibrary.org.)

“Finally came Stirner, the prophet of contemporary anarchism.” — Frederick Engels, Ludwig Feuerbach and the End of Classical German Philosophy (1886) In 1994 Todd May initiated a new turn in contemporary theory — poststructuralist anarchism, commonly abbreviated to “post-anarchism.” May’s seminal study, The Political Philosophy of Poststructuralist Anarchism called attention to ways in which the political philosophy of anarchism echoes the concerns of poststructuralist thought, notably in its critique of oppression. Taking aim at Marxism, he (rightly) argued that anarchism has a more sophisticated grasp of how oppression disperses across the social field. According to May, Marxists did not a... (From: TheAnarchistLibrary.org.)

Life of Guy Debord, The: History, A

Guy Debord — Revolutionary Len Bracken Feral House, Venice, California 1997, 267 pp. This book has so much to offer. One of its stated purposes is to make the life and writings of Debord accessible and I am happy to report that in this, Bracken has succeeded. Debord makes for daunting reading, and those who aren’t versed in the dialectical underpinnings structuring his prose or the historical events that run parallel to situationist interventions can quickly get swamped. The greatest strength of Guy Debord — Revolutionary is its attention to precisely these problems. Moving chronologically through the life of his subject, Bracken periodically gives us a synchronic exegesis of the historical events informing... (From: TheAnarchistLibrary.org.)