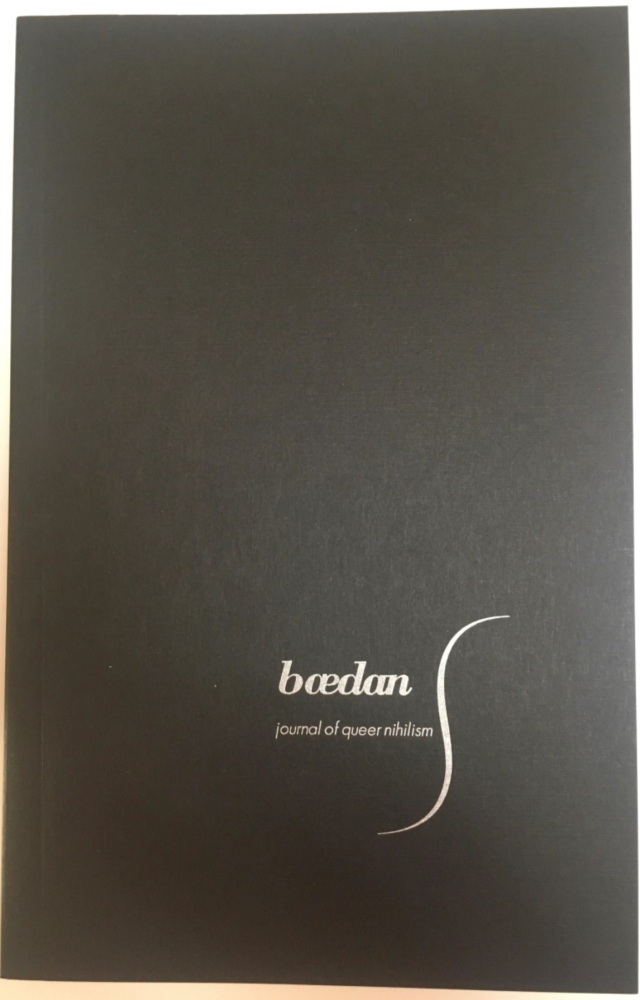 In many ways, Bædan – a queer journal of heresy picks up where Bædan – journal of queer nihilism left off. Much remains invariant: the form, a general disposition toward hostility, and of course fiery gestures against Gender and Civilization (and all the theories, views of history, and identities which hold them together). Bædan – a queer journal of heresy, does however, take leave of the first by exploring new inquiries and critiques. In this issue we take aim at all manner of radical dogmas, ideologies, and sciences, while also exploring the the worlds of poetics, archetypes, and myth. The new issue is also an engagement with a constellation of recent anarchist endeavors to explore the hell we all inhabit. We remain obviously inspired by conversations within the anti-civilization and nihilist milieu, by recent developments in anarchist thought, by correspondence and critique, and by the actions and words of comrades who are imprisoned or remain at large.

Bædan: journal of queer time travel marks a further attempt to pose and to flesh out a queer critique of civilization. Queer not only in the sense of coming from those outside and disruptive of the Family, but also in the sense of a critique weirder than its more orthodox cousins. We imagine the Bædan project as an effort to pose the critique of civilization otherwise, to begin from another place. In this issue (and beyond…) we have conjured a strange bestiary of thinking, trying to unearth and trace the tradition of anti-civilization thought in the literature of queerness and in queerness as immanent critique.