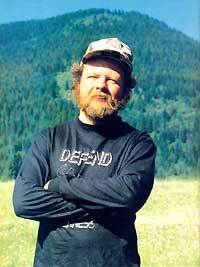 David Foreman is an American environmentalist and author, he is a co-founder of Earth First! and a prominent member of the radical environmentalism movement.

David Foreman, was born in October 18, 1947 in Albuquerque, New Mexico. His father was an United States Air Force sergeant. Foreman attended San Antonio Junior College and University of New Mexico, where he majored in History. In his early life he was active in conservative politics, campaigning for Barry Goldwater and forming the Young Americans for Freedom conservative youth chapter on his junior college campus. In 1968, Foreman joined the Marine Corps' Marine Officer Candidates School in Quantico, Virginia and received an undesirable discharge after 61 days.

After his experience with the Marine Corps, he worked as a teacher at a Zuni Indian reservation in New Mexico and would shoe horses.

Between 1973 and 1980, he worked for The Wilderness Society as Southwest Regional Representative in New Mexico and the Director of Wilderness Affairs in Washington, DC. 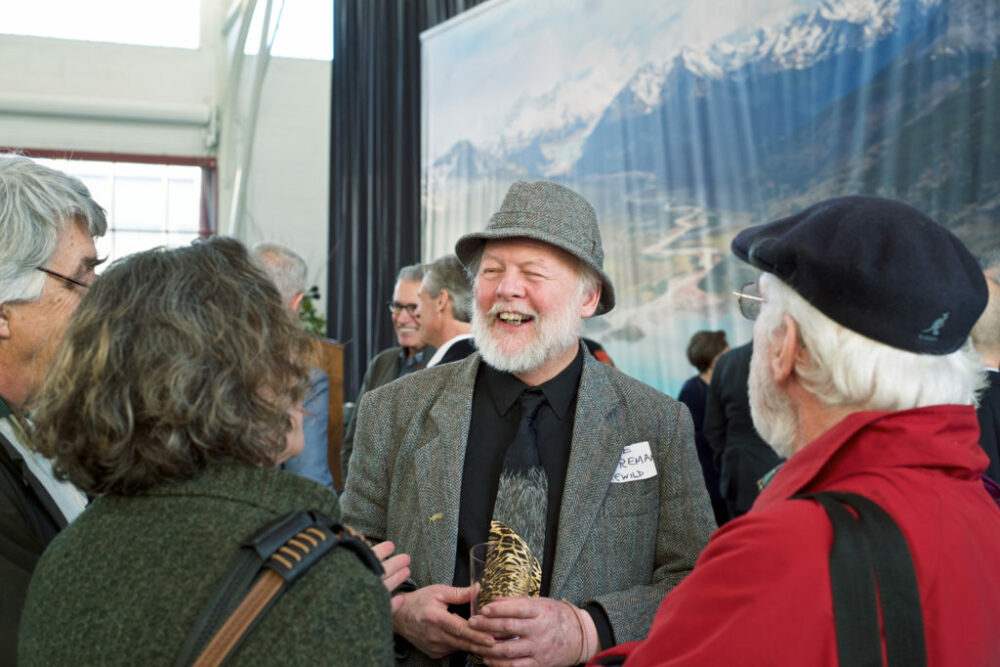 By the late 1970s, Foreman had become increasingly disillusioned by what he viewed as the “professionalization” of the environmental movement. After the United States Forest Service's Roadless Area Review and Evaluation II resulted in the opening of thirty-six million acres (146,000 km²) of land for logging in 1979, Foreman left Washington and abandoned his job as an environmental lobbyist.

In April 1980, Foreman and friends Howie Wolke, Ron Kezar, Bart Koehler and Mike Roselle took a week-long hiking trip in the Pinacate Desert. It was during this trip that Foreman is believed to have coined the phrase “Earth First!” The movement that subsequently bore that name was inspired, in some part, by the writings of Edward Abbey, author of the novel The Monkeywrench Gang. In contrast with the cautious lobbying efforts of the established environmental organizations, “monkeywrenching” – industrial sabotage traditionally associated with labor struggles – would become the chief tactic of the Earth First! movement in the 1980s. The Earth First! Journal, which Foreman edited from 1982 to 1988, featured lively debates on the ethics and effectiveness of this controversial tactic. 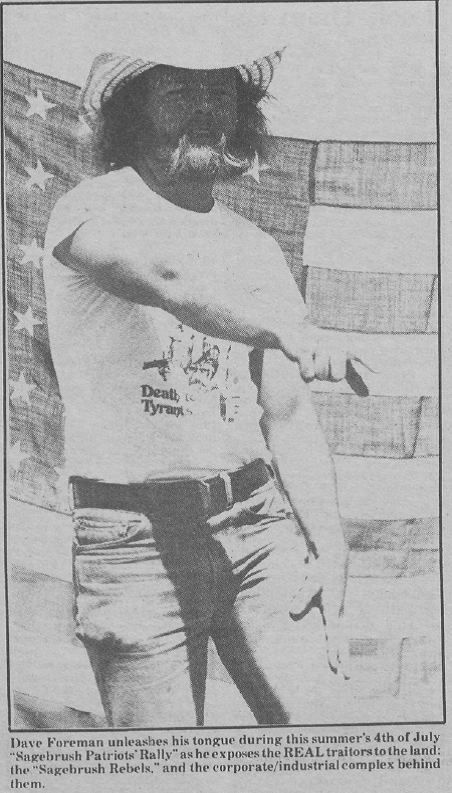 In 1990, Foreman was one of five people arrested by the Federal Bureau of Investigation following operation THERMCON, in which FBI agents infiltrated an Arizona Earth First! group, encouraging them to sabotage a powerline feeding a water pumping station. While Foreman had no direct role in the attempted sabotage, he was arrested on a charge of conspiracy. He was permitted to plead guilty to a misdemeanor for handing two copies of Ecodefense to an FBI informant, and received a suspended sentence.

After less than a decade, Foreman left Earth First!, disillusioned by the changing character of the organization. According to Foreman, the incorporation of Marxists and Anarchists into Earth First! changed the movement, and not for the better. Many Earth First! members attribute Foreman's departure from the organization as having to do with his alleged sexism and racism. Foreman went on to form the Rewilding Institute.

In 1990, Foreman left EarthFirst! to pursue other work.

The classic act of monkeywrenching is messing around with a bulldozer. Probably the best known technique is pouring sugar or Karo syrup in the gas tank or oil system. But this doesn’t really work! It just clogs the fuel or oil filter. There are better — and simpler — ways to “decommission” that piece of heavy equipment threatening your special place. The ‘dozer is a tool of destruction. But like David against Goliath, a little ingenuity and moxie can go a long way toward stopping a monster. There are, of course, more incendiary ways to take out one of these behemoths. You can totally dismember one with a cutting torch. Or you can just barbecue one. Be careful when doing this kind of “night work.&r... (From: TheAnarchistLibrary.org.)