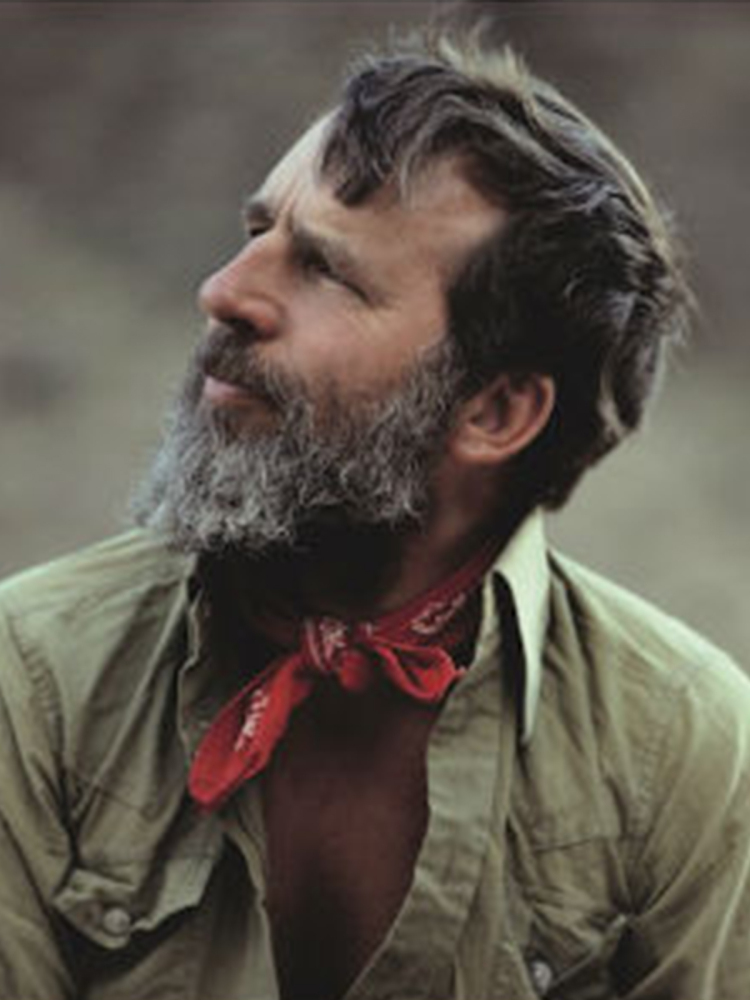 Edward Paul Abbey was an American author and essayist noted for his advocacy of environmental issues, criticism of public land policies, and anarchist political views. His best-known works include the novel The Monkey Wrench Gang, which has been cited as an inspiration by environmental and eco-terrorist groups, and the nonfiction work Desert Solitaire.

Abbey met his fifth and final wife, Clarke Cartwright, in 1978,  and married her in 1982. Together they had two children, Rebecca Claire Abbey and Benjamin C. Abbey. 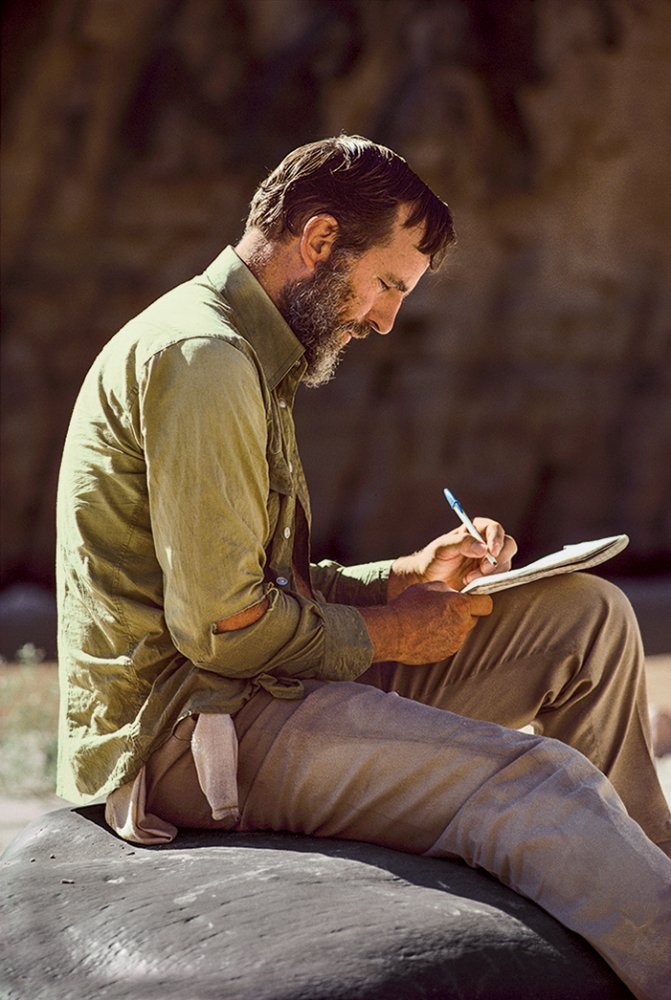 In 1984, Abbey went back to the University of Arizona to teach courses in creative writing and hospitality management. During this time, he continued working on his book Fool's Progress.

In July 1987, Abbey went to the Earth First! Rendezvous at the North Rim of the Grand Canyon. While there, he was involved in a heated debate with an anarchist communist group known as Alien Nation, over his stated view that America should be closed to all immigration.  Abbey devoted an entire chapter in his book Hayduke Lives! to the events that took place at the Rendezvous. In autumn of 1987, the Utne Reader published a letter by Murray Bookchin which claimed that Abbey, Garrett Hardin, and the members of Earth First! were racists and eco-terrorists. Regarding the accusation of "eco-terrorism", Abbey responded that the tactics he supported were trying to defend against the terrorism he felt was committed by government and industry against living beings and the environment.

Abbey died on March 14, 1989, aged 62, in his home in Tucson, Arizona. His death was due to complications from surgery; he suffered four days of bleeding into his esophagus due to varices caused by portal hypertension, a consequence of end stage liver cirrhosis. Showing his sense of humor, he left a message for anyone who asked about his final words: "No comment." Abbey also left instructions on what to do with his remains: Abbey wanted his body transported in the bed of a pickup truck and wished to be buried as soon as possible. He did not want to be embalmed or placed in a coffin. Instead, he preferred to be placed inside of an old sleeping bag and requested that his friends disregard all state laws concerning burial. "I want my body to help fertilize the growth of a cactus or cliff rose or sagebrush or tree," said the message. For his funeral, Abbey stated, "No formal speeches desired, though the deceased will not interfere if someone feels the urge. But keep it all simple and brief." He requested gunfire and bagpipe music, a cheerful and raucous wake, "and a flood of beer and booze! Lots of singing, dancing, talking, hollering, laughing, and lovemaking."

Napoleon’s army may have traveled on its stomach, but the army of wilderness destruction travels by road and vehicle. Indeed, one of the most commonly used criteria for “wilderness” is “roadlessness.” Roads are used for logging, for mineral exploration and development, for oil & gas activity, for grazing “management,” for powerline construction, for dam building, for ski area, recreational, and subdivision development. Trappers, poachers, slob hunters, archaeological site vandals, prospectors, seismographic crews, and other vanguards of the industrial spoliation of the wild use four-wheel-drive vehicles on dirt roads, on jeep trails, and cross-country. Then there are the mindless masturbators on... (From: TheAnarchistLibrary.org.)

Greetings. How nice to be back in Page—or Paje, Arizona—shithead capital of Coconino County. We are gathered here today to celebrate three important occasions: the rising of the full moon, the arrival of the Spring Equinox, and the imminent removal of Glen Canyon Dam. I do not say that the third of these events will necessarily take place today—although I should warn you that some of my born-again Christian brothers and sisters have been praying, night and day, for one little pre-cision earthquake in this here immediate vicinity, and I do predict that one of these times their prayers will be answered—in fact, even now, I think I perceive an ominous-looking black fracture down the face of yonder cee-ment plug—... (From: TheAnarchistLibrary.org.)

The bible says that the love of money is the root of all evil. But what is the essential meaning of money? Money attracts because it gives us the means to command the labor and service and finally the lives of others—human or otherwise. Money is power. I would expand the biblical aphorism, therefore, in this fashion: the root of all evil is the love of power. And power attracts the worst and corrupts the best among men. It is no accident that police work, for example, appeals to those (if not only those) with the bully’s instinct. We know the type. Or put a captain’s bars on a perfectly ordinary, decent man, give him measure of arbitrary power over others and he tends to become–unless a man of unusual character&ndas... (From: TheAnarchistLibrary.org.)