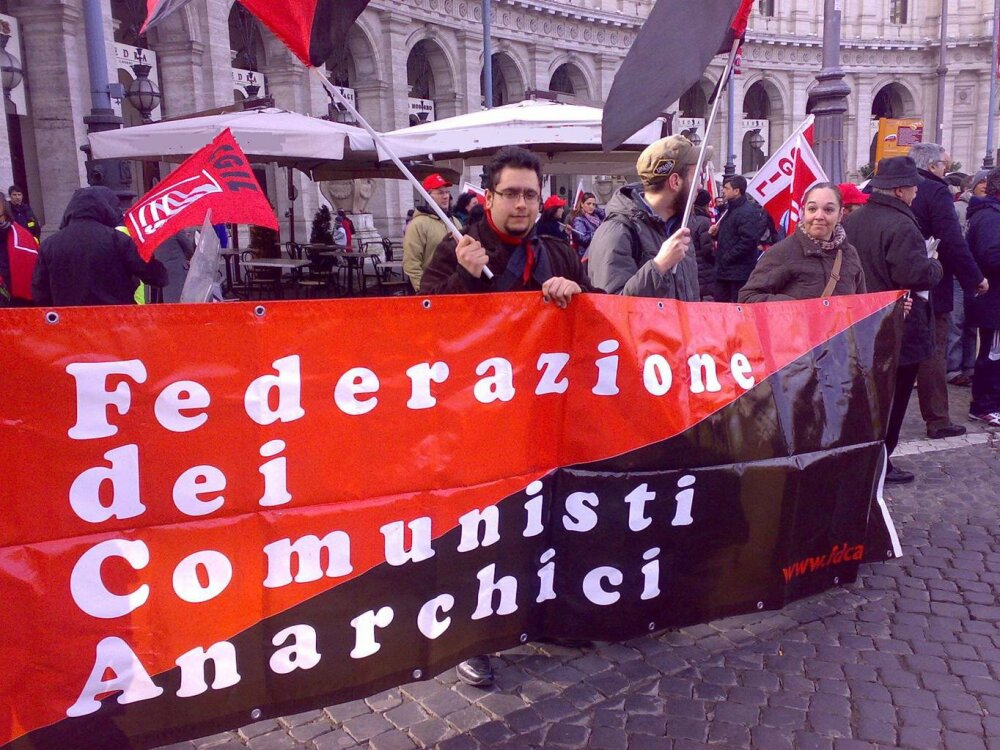 The Alternativa Libertaria/FdCA is a platformist anarchist political organization in Italy. It was originally established in 1985 through the fusion of the Revolutionary Anarchist Organization (Italian: Organizzazione Rivoluzionaria Anarchica, or ORA) and the Tuscan Union of Anarchist Communists (Italian: Unione dei Comunisti Anarchici della Toscana, or UCAT). In 1986 the Congress of the ORA/UCAT adopted the name FdCA (Federazione dei Comunisti Anarchici). In 2014 it took its current name. It has offices and member groups in various Italian regions as well as in Switzerland. 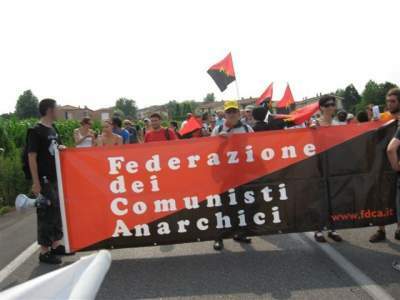 It is part of the international anarchist communist movement, and traces its roots to the historically important organizational theories of the Organizational Platform of the General Union of Anarchists,[1] first put forward in France in 1926 by Russian refugees including Nestor Makhno, Ida Mett and Piotr Arshinov. From these roots, it draws its founding principles:

Its highest internal decision-making body is its National Congress (composed of all members) which elects a Council of Delegates that manages the organization between congresses.

Its political activities tend towards the self-organization of its base of support through political struggle, in the workplace and social arena alike, and in labor unions as well as other political movements. It encourages close study of the civil economy and the evolution of capitalist political institutions.